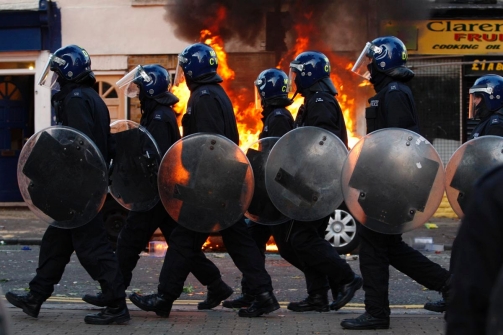 Traditionally, societies aiming for genuine improvement within their cultures and striving to achieve greater harmony with the Earth hone their might through the pen. Sure, the sword has a role to play; it is not a vestigial tool. Only, traditional societies develop a craft around the sword for protection, while the stroke of the pen remains the ultimate mark of advancement.

In times of high civilization, the pen is always mightier than the sword. The pen displays a mastery of the written word, the poetics of voice, the artistry within the ordinary. In fact, the beauty of the pen even comes to bear upon activities of the sword, hence the creation of breathtakingly artistic war dances, forms like capoeira.

This era of modern history takes an unfortunate turn—where the sword is mightier than the pen. Hold on tight in this era of sword-first-philosophy!

More than dependent upon violence, today’s nation states are addicted to violence. They are underdeveloped in every aspect of society in relation to their fixation on getting more guns, weapons, and bombs. Arsenal addiction drives the sword societies and their itch for destruction goes unsatisfied until they put the arsenal to use.

Equally, their resident barbarians hide behind the sword in their encounters within and beyond their communities with everyday killings of epic proportions, so much that the world’s species are exponentially diminishing. Violence for violence’s sake is the way.

Indeed, during present times, those who deploy swords have little, if any, mastery of the pen. They neither possess, nor care to possess a decent competence in art or communication, much less the art of communication. Even to express a thought in a brief message consisting of a few sentences escapes those with a sword-first-philosophy.

Gunshots rattle, explosions echo, if not in our ears then in our news feeds. Brutes with swords kidnap and traffic thousands of children. Swords threaten leaders into conceding land and territories, into signing away rights and establishing neocolonial foreign military bases. Swords reminds us what fear can assume our daily consciousness when violence is heralded.

At the same time, the sword’s governance is so far-reaching and omnipresent as to render it invisible. People even question: what about the sword-first-philosophy is a problem, since people have come to consider violence a necessary and innate part of social life.

However, this is not so; our lives have not always been held hostage by lethal arsenal and the fingertips of those daring to use it.

Our Grandmothers and even our Mothers can recall a time without fenced compounds, without cast-iron barred windows, without wired security systems, and even without door latches. A time when school-age-children roamed all day under the sun to return at night at the cover of darkness under the moon’s gaze, exhausted from play. Then, the sword was earmarked for encounters with distant outsiders. Communities were strong, united by the pen and the collective culture humans produced with it.

The pale side of the moon, like during the Pale Ages, shows a sick world that has seen better days. The world today is in desperate need of the Sun Ra’s healing rays, to sterilize us from the disease of barbarism that has encountered society. The scourge of the Earth prevails when the sword flexes its might without the yield of the pen’s grace.

In its essence, a sword-first-philosophy represents a race to the bottom of humanity, or conversely, a retreat from humanity to barbarism. Privileging carnal violence has no place in the human relations of civilized men. Some might wrongly mistake these words as an emotional plea. Rather in their truest interpretation, these words reflect a necessary observation and assessment of the world under changing times, where the sword takes dangerous precedence during an era of utter barbaric rule.