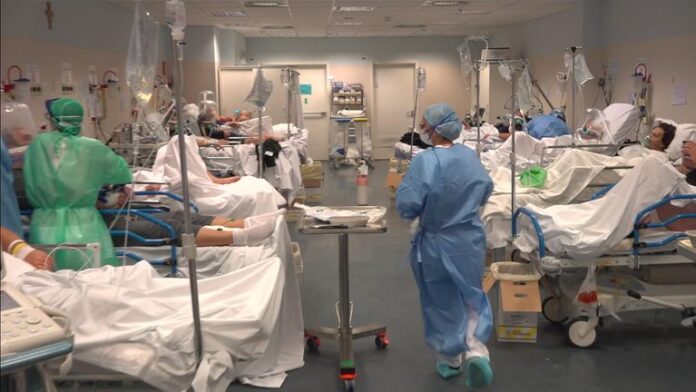 The default stand among the academic and scientific communities of the US is that when there’s a new disease, it must be linked to race. And so has been their attitude towards the Chinese virus pandemic, with their goal to pin all vulnerability and susceptibility to the virus on Black people.

The practice is as old as the advent of the European Miracle. The one ideology that claims that all modern achievements in science and technology came solely and uniquely from the Caucus mountains. And for that matter Africa, and Africans, as they would claim, are incapable of history, science and technology.

The symptoms of this European myth reverberated throughout the more than 400 years of the European terrorism of the African continent for the looting of African labor, kidnapping of African expertise and the illegal, immoral harvesting of Africa’s natural resources.

More recently, one unnerving symptom of the ideology of the European miracle jumps to mind within the United States itself, a country built on the labor and expertise of Africans and with the natural resources of Africa. The Crack Epidemic of the 1980s. Euro-American academics and scientists quickly, racialized that pathology of the use of cocaine. Black people were more susceptible to the use of crack cocaine while the whites were more susceptible to the use of powdered cocaine.

What was their evidence for the racialization? Poverty. Yes, poverty, the quintessential evidence and congenital impetus that is now paraded across the United States as the reason why Black people in the Diaspora and Africans are more susceptible to the Chinese virus. Does this stagecraft seem all too familiar?

It does. Within this racialized pathology, Euro-Americans did not care about the actual scientific evidence that in fact, white people used crack cocaine at the same rate, if not more, as African Americans, and in addition whites used powdered cocaine at such an alarming rate it was impossible to compare it to the Black use.

Same thing with the Chinese virus. Although there’s no evidence for the mass produced narrative that Black people are more susceptible to the disease, African pupils are being led to believe that Bill Gates and Melinda Gates are telling the truth when they make the racialized claims about Black susceptibility to covid19. What is their evidence? Good old poverty.

Meanwhile the African pupils who believe the Gates are totally blind to the havoc that the Chinese virus has caused in Europe, among the whites, especially in Italy, and among the whites now in the United States. With America’s Chinese virus numbers now climbing high every day, no one seems to be floating the poverty idea any longer in the white mass produced media.

This does not mean the white media’s goal to paint the Chinese virus as some Black disease will go away. It won’t. As in all countries built on the mythology of the European miracle, the idea that all ideas descended from the Caucus mountains, there’s only one way to understand the goal of their proclivity to racialize disease without evidence. Money! Capitalism!

From their plundering of the African continent, for the labor, expertise and resources to build the United States, to the plunder of African American communities to fill their Mass Incarceration Industrial Complex, and to the new attempt to foist the Chinese virus on Blacks and Africans in order to sell us Bill & Melinda Gates sterilization project of “Vaccines for the poor,” one thing remains about the nature of the Euro-American. And that is to terrorize Black people everywhere, and to terrorize Africa in particular.

Make no mistake, the propaganda of the European miracle, which is the idea that all ideas were written on two tablets and a white man came down the Caucus mountains holding them in two hands, will not go unabated in Euro-America and it will not go away from their academic and scientific communities. So long as the goal remains one to plunder the Diaspora and to plunder Africa, the racializing project of disease will continue.

If the Chinese virus does not stick on the African wall, they will find another disease to throw at it. That is the game. Or, as one would say, that is the stagecraft. Euro-Americans cannot hold on to the myth of the European miracle without pathologizing Blackness. Another way to put this is that the very idea of the European miracle is predicated on the belief in an imagined, fabricated Black pathology.