One chokehold leading to asphyxiation.

Thousands, if not millions, took to the streets in protest.

Demonstrations have been pervasive in the media.

And on black websites like EurWeb and The Volta Times.

Even The New York Times’ Editorial Board has staunchly condemned the outcomes of the grand jury proceedings, though they conveniently omit that the injustices against black men were committed at the hands of white police, white juries, and white prosecutors.

That is precisely where the thin blue line holds the frontier between the visible horde of masses and the tyrannous police forces that oppress them.

As we have witnessed two murderers evade penalty, no words could better describe their escape than the words one of their own, George Zimmerman:

“F*cking punks. They always get away.” 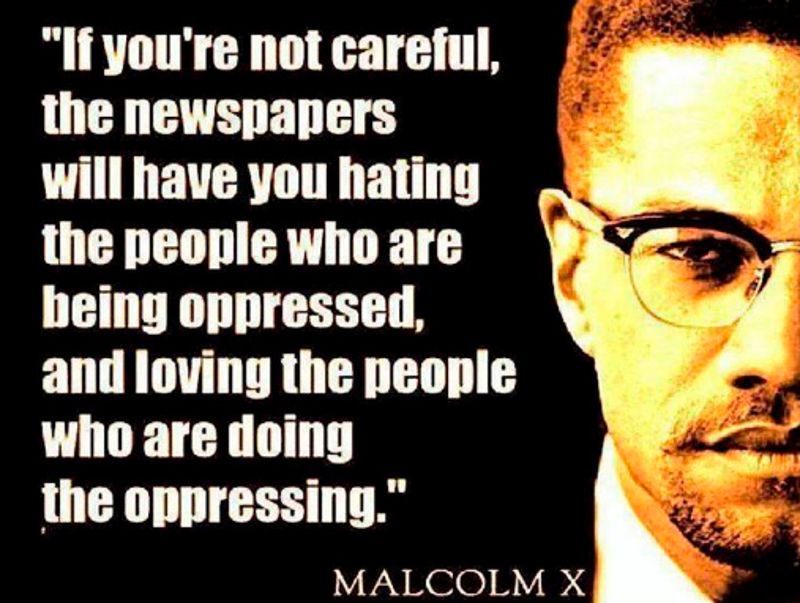 The media will saturate us with “24-hour news cycles” of people pleading for justice, rightful tears, and interminable lists of implementations that will ensure progress towards a more perfect union.

However, we must remember that somewhere in America, the racists are smiling.

On two separate grand juries, at least eighteen individuals concluded that no indictment was necessary.

Two state prosecutors—at least one, if not both, delight in contemptible performances of their occupations—also agreed with the justice system’s rendering.

That makes twenty people not roaming the streets in anguish or outrage, but sleeping soundly at a job well done.

If we diagram the tree that branches out to their families and friends, co-workers and neighbors, we’ll soon understand that a host of Americans—perhaps even as many as were protesting—find absolutely no fault in the present state of affairs.

Much worse, they buttress it.

That’s exactly what makes these promises, to make the country better through investigations, difficult to swallow.

I have no doubt that President Obama has a task force working on the Eric Garner decision.

My only doubt is that the composition of that task force would be all too similar, in appearance and in principle, to the members who sat on the grand juries in Ferguson and in New York.

What are the odds that members of that task force will be people who are smiling right now?

What are the chances they’ve slept soundly through the grand jury decisions and that they feel the justice system is working just fine?

The problem with America is that no one is a racist until a decision is announced; after which, white Americans pretend to be surprised that a group of whites, unconnected to the incident, could have made such an abhorrent recommendation.

Except this is not just about Michael Brown and Eric Garner. Judges, juries, and prosecutors all over America have been exercising discriminatory practices since before Jim Crow, through Civil Rights, and still today.

Besides a storybook version of slavery and Civil rights, a recounting of America’s racist history towards blacks is conveniently omitted from teachings in public schools across the country.

If Michael Brown’s and Eric Garner’s premature deaths have taught us one thing, it is that we cannot assemble a group of white Americans to make decisions that affect black people.

When whites assemble, to ask if a white man could serve prison time for murdering a black man, objectivity is thrown out the window.

Somewhere in America, the racists are lurking.

Unfortunately, as these grand jury decisions reveal, the white problem of racism in America might be more pervasive than most would like to believe.