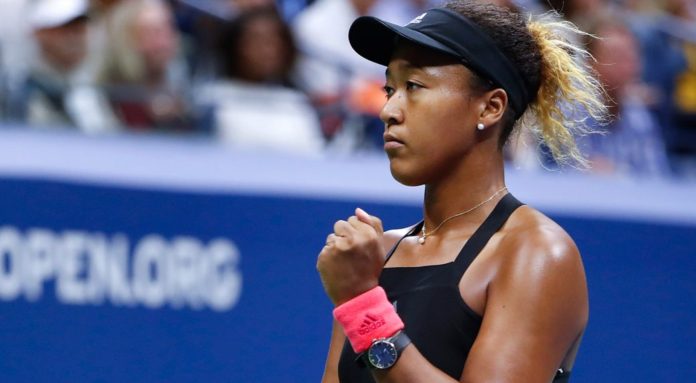 Naomi Osaka is the current women’s tennis world number one. She is the new talk of town. And most relevant, she has dethroned the reigning queen of tennis, Serena Williams. And with it, she has contributed to the dwindling of American soft power.

In a strategic manner, America’s soft power involves the utilization of African Americans to promote American culture globally and to attract the world’s onlookers to desire U.S. culture. This strategy has worked for some time.

Sports is one arena of soft power.

Sure enough, the global powers held competitions like the Olympics and the World Cup to establish their dominance to other nations. This is why the World Cup is rigged for America and Europe and why the Olympics has all sorts of ridiculous events that come nowhere near the definition of sports or athletics—like darts or shooting or even ribbon dancing. And this is why African nations are supposed to go along with the charade and pretend that they actually have an interest in skiing or fencing. African nations are supposed to desire to play ice hockey as good as the European. Right?

Wrong. We know that is wrong. Too wrong. Though because there is no real interest in any of these Eurocentric activities, the United States and those European countries like France and England (or is it the United Kingdom or is it Great Britain?) must recruit Africans and call them native to the west in order to attract world interest. We are supposed to collectively suspend belief and say that Serena Williams is American and Paul Pogba is French, and that neither is African, to play into the hands of this soft power these countries connive to establish.

Music is another forum in which this display of soft power operates. From Michael Jackson to Prince to Beyonce, the U.S. has promoted global black stars as a show of white supremacism, as if to say that it has the best talent right there on its doorstep. Because surely no African woman or man can sing or dance well.

That billboard that promises great music which is only produced in the west has attracted people to the U.S. and its culture. Some people believe that the country is the land of oats and honey, the place of utmost opportunity where all of their dreams can become realized. There’s even a parade (or one might call it a caravan) at its border every now and then to demonstrate just how desirable that land should appear.

Of course the U.S. media plays into this facade and shoots its skyscraper buildings in the most dazzling of canned lights. Of course all of these buildings are located in one single city, New York. And of course there are no trees in sight of those buildings (unless they are imported) because the European Miracle presumes to dominate Nature just as much as people. Despite an ever-present deception in the pictures and words, despite the misleading allure of false glamour, the soft power draws you in—the tales of the Harlem Renaissance, a stride through the concrete jungle with a beat of hip hop to your step, the chance to catch a basketball game and experience the legend of its players.

Those were the days.

But black communities in the United States are not what they were when those wheels of soft power churned for white supremacism. The irony of white supremacism is that its entrenchment of black hate has come to turn in on its makers. Roost chickens, roost.

Those black communities that developed the appeal of the United States in the minds of everyday observers are no more. The mores of white supremacism have decimated them and left none to spare and, in turn, there are no communities to develop the soft power that ensures the U.S. a continuous standing as numero uno in the cultural sphere of the world.

Naomi Osaka’s rise in tennis gives other nations, such as Japan, the idea that they, too, can develop soft power if they support an inclusive atmosphere for black people to prosper. Of course this is not an easy task for any racist nation to shoulder. But those nations that desire to rise to the top of the power structure, at any cost, might adapt and lose their backward-facing enmity.

As change often demonstrates, power is not static but shifts hands when it is mismanaged or disrespected. It can be gained but also lost. And when it is lost, it is not easily found.

Lost power is hard to reclaim. It slips through one’s fingers like water. It can no longer be gripped.