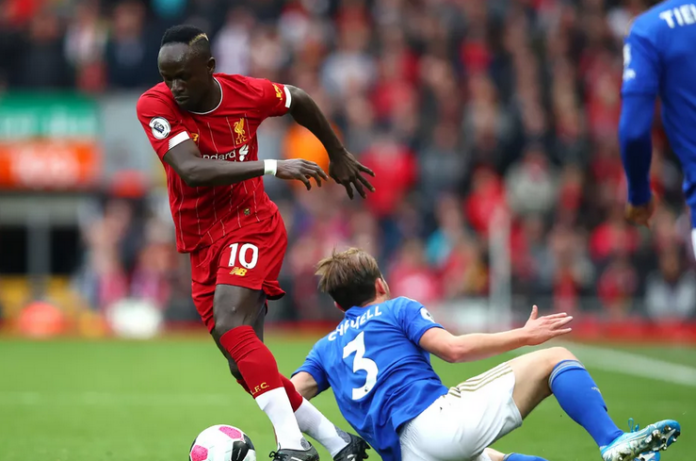 According to a new documentary about the current indubitable best soccer star in the world, Sadio Mane, it has become clear that he “made a bad first impression on Jurgen Klopp.”

Why is this important, and why should we care? I beg from you, just a few minutes.

Sadio Mane plays for the English club, Liverpool FC. Jurgen Klopp is the current manager of the club. A report by the BBC attempts to clarify what this “bad first impression on Jurgen Klopp” was all about.

And so the report begins by introducing the idea of honesty. It claims that “In a very candid moment in the documentary, Jurgen Klopp tells us about a bad judgement call he made, as manager of Dortmund, when Mane was introduced to him.”

“There was a really young guy sitting there.” Klopp recalls. “His baseball cap was askew, the blond streak he still has today… he looked like a rapper just starting out. I thought: ‘I don’t have time for this.'”

Ahaa! That’s it. A “bad judgement call” about a Black man. There you have it. I promised I’ll deliver in just a few minutes!

You ask yourself: What else is new in the world of white supremacists?

All this dancing around in a BBC introduction to a soccer documentary—attempting to make us believe that Jurgen Klopp was only trying to be honest; that Klopp regrets his “bad judgment,” and so on—was all to mask the notorious repetition of an irreconcilable stereotype about African American rappers?

How does that mere thought that a young lad, like Sadio Mane, could be a rapper lead one into “I don’t have time for” him?

The scenario reveals the total sum of the state of European society about their insecurity about Black men. These are the daily, so-called candid and “bad judgment” calls made about Black people, and especially about Black men, by even those who do not consider themselves racists.

We live in a world full of racism without racists!

The contradictions are palpable. Most, if not all of the nonsense projected about rappers and in general about Black people, emanated from the high societies of white/European culture. The fact is that in European society, in white culture, the idea of the rapper, the Black man, which they have carved for themselves on television, is the “bad,” smooth criminal, notorious, undisciplined, and womanizing.

When Jurgen Klopp admits that he thought, “’I don’t have time for this,” he is alluding to the well-understood, well-distributed, yet fabricated media narratives in white culture about rappers, about Black men who look a certain way and dress a certain way.

You see, perhaps white culture is so stiff, especially German culture that the very appearance of a young African man wearing his baseball cap askew, over a blond streak of hair—which Sadio Mane still dons as arguably the best player in the world—must be vilified, and which does not auger well for their contradictory ideas about civility in high society.

However, even by the tendentious standards of German-European or white civility, Sadio Mane’s baseball cap and blonde streak are far more defensible than Jurgen Klopp’s manners around a soccer pitch. Have you seen Klopp around a soccer pitch jumping around like a Neanderthal who had just breached the gates of Ancient Rome, and arrived in one of its mediocre cities? Let me tell you: It is no real exercise in the so called fine cultures of European tradition.

These “bad judgments” get worse, they are even deployed, all the time, by European nations against other nations, against whole races of peoples who do not look like them. They are used to defame whole nations of people before they are slaughtered. In fact, the most deplorable acts of “civility” actually germinate in so-called high European society. Many genocides have been glorified (and planned) around European dinner tables adorned with shiny forks and knives made from actual silver, without a single baseball cap worn askew.

The BBC report tries its best to paint Klopp in human terms: That “at least, [Klopp is] big enough to admit that he made a mistake: “I’d say I have a pretty good feeling for people, but I was wrong!”

Boy! What the BBC report fails to capture is the glaring omission of the reasons for Klopp’s said guilt. Does he feel stupid now because Sadio Mane—despite the initial Kloppian stereotypical nonsense—is now the best player in the world? Or does he feel stupid because he has now arrived in Rome, and has learned some modicum of proper civilization? Which one?

Instead of clarifying that point, the BBC report digs in, caping for the Kloppian nonsense any way that it can: Only if we heard what Klopp said in German we would love it too! The BBC writes, “It’s quite a pleasing novelty to hear Klopp speaking in his native German throughout this film.”

Man. They never learn. Do they? They are incapable of civilization. Or are they? It is sad that it seems that African players will continue to suffer the brunt of the “bad judgment calls” of European society so long as European media continues to cape for the irresponsible racial behavior instead of offer cogent analysis for Klopp’s own edification. Alas, this is Europe, after all.