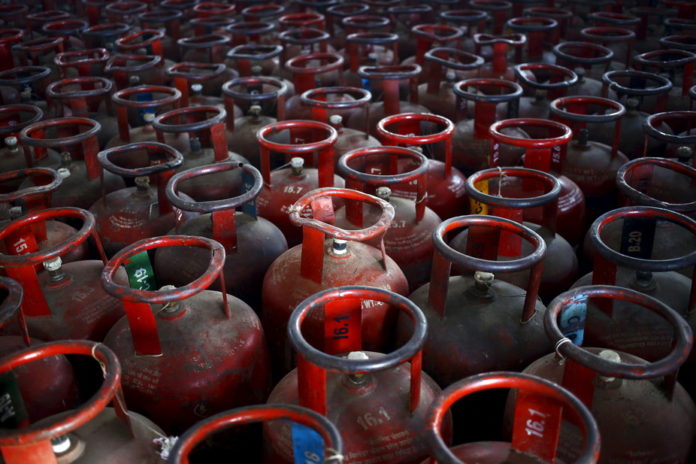 ACCRA — Seeming regular electricity supply might have brought some relieve to Ghanaians who depend on reliable electricity for their daily business activities – especially artisans and skilled labour. This was clamoured for by many Ghanaians during the era of load management. However, the storyline has been shifted in favour of affordability in recent times. Electricity tariffs have suddenly become a nightmare in the country. The Trade Union Congress and the general public have expressed their disgust about the astronomical tariff hikes.

Latest to join the fray is the Presidential Candidate of the New Patriotic Party (NPP), Nana Akufo Addo. He bemoaned high cost of electricity which is beyond the means of ordinary Ghanaians. Hence, he has promised to reduce the tariffs under his presidency. By what percentage is yet to be announced. Indisputable in his argument is the fact that the tariff regime in power sector makes the country lose her competitive edge in the West Africa sub-region. However, he falls short of telling Ghanaians what he would do differently to reduce electricity tariffs if he is voted to power.

Arguably, Dr. Mahamudu Bawumia, the Vice Presidential Candidate of the NPP stated, categorically, time again that the energy crisis was entirely a financial problem. The question is: How can his flagbearer be calling for reduction of tariffs in a sector that is in financial distress. It beats my imagination. Playing to the gallery to gain political advantage has been the hallmark of Ghanaian politicians especially in an election year. As a colossus of Ghanaian politics, the least the electorates can expect from him becomes his policy alternatives aimed at making at affordability.

Politicians are quick to identify with the concerns of Ghanaians but fall short of given policy alternatives. Examples abound to illustrate this point. Prior to 2000 general elections, then Candidate Kufuor also bemoaned high cost of petrol and promised to make it relatively cheaper. In contrast, he did the direct opposite when he was voted into power.  Similarly, President Mills of blessed memory promised to reduce petrol prices further. But the storyline changed after he won the 2008 general elections. The “Kumi Preko” demonstration against introduction of VAT only succeeded in doing the opposite in increasing the rate to 17.5% and lowering the threshold.

The public and media should therefore not allow politicians to get away with their empty rhetoric. As the tariff discourse has emerged, smart journalists should take advantage to engage the flag bearers about their visions about the power sector. As far as the problems are concerned, every Ghanaian is aware of them. Probably what the leaders of various political parties should do is to put forward their innovative strategies to overcoming these challenges. Ghanaians are looking forward for leaders who do not only understand the problems confronting the country, but those with track records.

As a lower middle income country wholesale subsidies in the power sector is no more an option. In the view of EPRI, a sustainable electricity supply can never be achieved without payment of realistic tariffs. There is no doubt that payment of realistic tariffs can guarantee consumers more reliable power supply across the country. It is therefore an opportunity cost for Ghanaians to choose from – electricity crisis or reliable electricity supply. It is our conviction that the latter is the better alternative going forward. The consequences of the load shedding are too dire for Ghanaians to even contemplate going back to that era.

Fixing the electricity crisis is therefore a must to power the much anticipated “agro-economics”. A negative impact of electricity tariff hikes is that a number of employees are being reduced because the employers cannot afford to hire the required employees since they are already burdened with high cost of electricity. The general operational costs of businesses are skyrocketing. This could further ruin job opportunities in the country if nothing is done to ease the burden. Again the social cost of the load shedding could not be overemphasized.

It is undeniable fact that the current electricity tariff is likely to create electricity poverty in Ghana. Electricity poverty is defined as a situation whereby a great number of people live without access to electricity. This is so because hydropower plants that used to provide Ghanaians with relatively cheap electricity have been rendered ineffective and generated below their capacities. The Akosombo hydropower with a capacity 1,020 megawatts (MW) is presently generating a little above 300MW. This generation constrain is mainly due to low level of water in the reservoir as a result of poor rainfall patterns.

Hence, the generation mix has been altered in favour of very expensive light crude or lean gas. The VRA revealed that it costs about three million dollars daily to generate thermal electricity using light crude oil. The truth is that no political leader can change the variables under the current circumstances in the medium to short term. Apart from high cost of thermal power generation it is also constrained attributable to erratic gas supply.

Furthermore, the value chain companies should be made financially viable to deliver effectively on their respective mandates. However, if the debt conundrum in the power sector is to be addressed adequately to ease financial burden on the power sector companies, then consumers should be ready to pay a little more. The legacy debts in the value chain must be retired as soon as practicable. That is why energy sector levies that was introduced by the government comes in handy. The 5% levy has been introduced to address the debt debacle. Is Nana Akufo Addo’s government ready to abolish this levy?

EPRI calls for the prudent and transparent management of the levy to serve its intended purpose. VRA has become debt ridden to an extent that it is unable to raise letters of credit from commercial banks. Ghana-Gas and Nigeria-Gas are waiting on the fringes for VRA to settle its indebtedness to them respectively. It is hoped that judicious management of these levies will retire the legacy debt once and for all. Sanitising the sector financially to give it a clean balance sheet is crucial going forward. Going to the bond market to raise money to retire this debt is also pointing to the way forward.

Also, the stakeholders should work to overcome operational inefficiencies, transmission losses, illegal connections and maladministration in the value chain. These challenges are undoubtedly contributory factors in failing the power sector. The frustration of many Ghanaians is how policy makers are quick to tweak the tariffs, leaving other variables intact. Previous promises given by successive governments to use tariffs to promote efficiency in the power sector are proven to be ineffective.

Posterity will not give favourable judgement to the John Mahama’s administration if current gains are left to slip. Doing the right thing sometimes implies one must be stuck to his or her decision even if it appears unpopular in the view of the general public. To borrow the words of Dr. Martin Luther King Jr: “There comes a time when one must take a position that is neither safe, nor politic, nor popular, but he must take it because conscience tells him it is right.” The fact is also that there could be political backlash to any decision taken by any president. It is believed that the current government is not oblivious of that. Hence, measures should be put in place to cushion the vulnerable in the country.

That is why the government should re-examine the threshold of lifeline consumers. The tariffs of lifeline consumers using 50kwh or less are being subsidised but not enough to cover many Ghanaians. In many urban areas, many consumers are left with no electricity for days due to financial constrains to purchase ECG prepaid units. Probably, it is instructive for consumers to be encouraged to conserve the use of electricity. It will also be interested to hear from the standard bearers of the various political parties on the various options available.

The thermal method cannot address the twin question of affordability and sustainability. To generate electricity that is efficient, sustainable and affordable, government has to pay more attention on solar energy. Already, a number of solar projects such as the 2.5MW Solar Project in Navrongo, BXC Solar 20MW Project located in Winneba, and 155MW Nzema Solar Project have been initiated. A grant of $704,815 from USTDA has been advanced to establish about 100MW of power in 2017 to be added to national grid.

According to Hon. John Jinapor, the Deputy Minister of Power, a total of 80 licences have been issued by the government to renewable energy companies capable of generating some 4,000(MW) of electricity. The solar power initiative targeting about 200,000 small scale businesses for solar panels across the country is also a step in the right direction.

Also, coal powered plants are the cheapest, yet they are contentious as a result of its carbon dioxide emissions. The VRA in collaboration with Shenzhen Energy Group (SEG) will construct 700MW clean coal-fired power plant to be situated in Central Region. There are concerns expressed by Ghanaians about its likely impact on the environment and livelihood of fishermen along the coastal stretch. In this regard, EPRI suggests capacity building and training of Ghanaians in the area of waste management should be critically considered. Alternative livelihood programmes must be rolled out in the operational area.

These are alternative energy sources that can deliver Ghanaians affordable electricity in the long term. Solar and nuclear energy sources have huge initial capital expenditure, but minimal operating cost. The government should therefore pay more attention on alternative sources of energy and map out strategies to ease taxes on imported solar materials. The risks of nuclear plants outweigh its potential benefits. It can put the country at greater risk environmentally. Furthermore, financially, it may be too expensive in comparison with other energy sources. Let us 2016 general elections emerged as the most issue based ever in Ghana.

In the interim, Public Utilities Regulatory Commission (PURC) has to act swiftly to address the billing anomalies. This is to ensure that the bills are brought in conformity with the approved tariffs announced by the PURC last December. As it has been established to be an error in the billing software, severe sanctions should be meted out to the Electricity Company of Ghana. Electricity customers who have suffered as a result should be compensated adequately. It is now obvious to every politician that the power sector will be one of the deciding factor in this year’s elections.

In fact, the viewpoints of all the political party leaders on this important subject matter will enrich the political discourse and the decision of Ghanaians in the forthcoming general elections. In view of this, it will be interesting to hear from Nana Akufo Addo, the Flag bearer of NPP, what he would have done differently. The energy sector serves as a catalyst for many issues including the revival of the ailing economy and should be given the seriousness it deserves. Populism and political gimmicks can only plunge the country back into the era of load shedding in a near future.