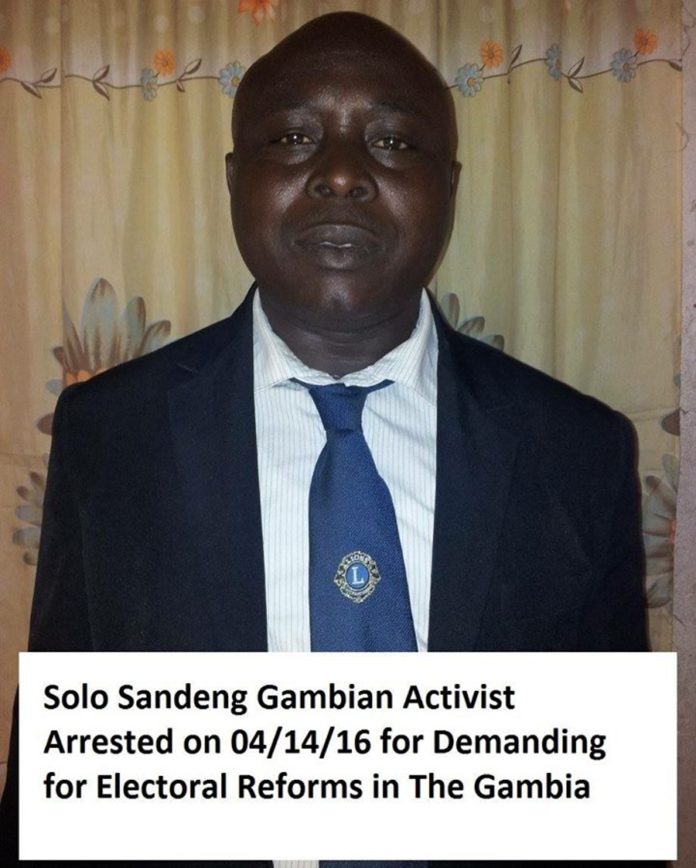 To continue to shed light on the Gambia situation,find attached court documents in which the police confirm the death in police custody of Ebrima Solo Sandeng, a protester arrested on April 14, as well as systematic brutal torture of detained protesters as one of them testified.

For the past 22 years, the Gambia is undergoing a brutal and anachronistic tyranny that is now threatening genocide in the country. For reasons of its small size and limited strategic significance (if any at all), the international community as well as the NGO community and the media have not provided much attention on the country to the detriment of several innocent citizens.

For example, for 2 months now, the entire leadership of the largest opposition party, UDP and several other protesters have been detained in the maximum security prison in the country and denied bail yet this has not generated a single news story in major network while the UN, AU and ECOWAS separately issued only a single statement since.

On June 3 Pres. Jammeh publicly made genocidal comments targeting the majority Mandinka and Fula communities. Apart from a statement of concern from the UN adviser on genocide, and a condemnation from Amnesty International the matter has not yet featured in major news networks.

In fact I am of the view that those statements require an emergency AU Peace and Security Council, and UN Security Council meetings. I am sure if Pres. Buhari made a similar comment against the Yoruba or Igbo in Nigeria, the global outrage would be overwhelming.

Thus our predicament is the overwhelming silence of the international community to come to the aid of thousands of Gambians at home and abroad who are frantically struggling to bring about freedom and democracy in this tiny country.

Here are documents about some of the torture and death by Yaya Jammeh’s goverment that is ongoing in the Gambia: