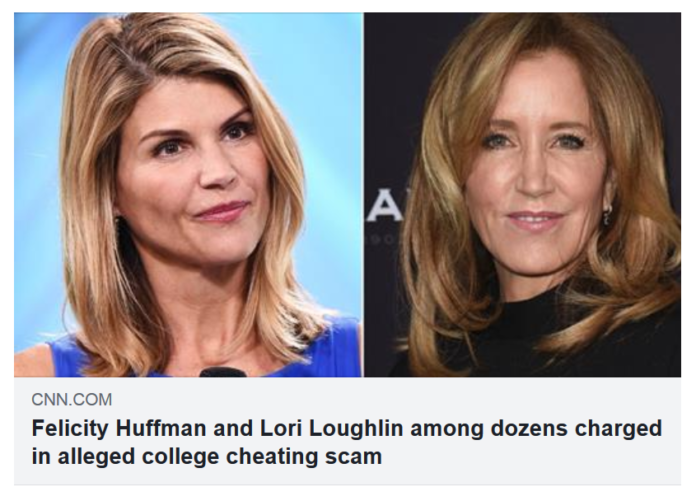 The color of this issue is not very different from the University of Memphis in the racist state of Tennessee. In a city teeming with beautiful black people the University of Memphis still manages somehow to keep a majority white student population from year to year. The faculty there is entirely white, finding a Black professor in say Sociology (who teaches about race relations in America and the world) is like looking for mermaids on Mars. Across the Mississippi, a river now turned into a gutter by the European civilizations of America, in the state of Arkansas, the situation is much worse. Even in the state of Mississippi itself, just south of Memphis, and only a mile-drive away, the idea of Black students in college is a rarity! A cursory visit to Senatobia (in Mississippi) tells the lasting tale of the scam of racist college admissions in the United States of Amerikkka.

So don’t be misdirected by the drive-by media that the US Federal Government is actually cracking down on cheating rich white people in college admissions. This thing with rich white people is to solely focus on class (particularly the white upper class), and pretend as if race is not the major, most debilitating part of the scam that is US College Admissions.

What is fascinating and dubious about the United States is simply that it preaches about fairness and the rule of law, but it is the very antithesis of fairness, freedoms and human rights. The US wants a “Meritocratic” college admissions system? The place to begin is a government institute made up of black and white educators (not just white men and women), who administer a college entrance examination for all and sundry once a year. And I mean for all, without exception. Then base admissions on that yearly exam in those select subjects (to which select textbooks are assigned). Let’s begin meritocracy there, not the forgery of individual High School GPAs and the racist SATs, which are tailored for the white and the rich. Not the personal statements to sniff out who’s black and who’s white; who’s poor and who’s rich; who’s from Jackson, MS, and who’s from Orange County, CA.