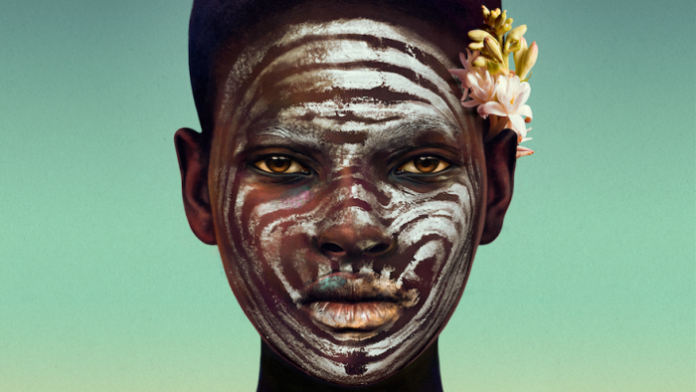 The idea of culture is a thing (real or imagined) that is shared freely by members of a free society. Take an inherently African culture like the making of jollof. In many African societies, jollof is made freely, enabling different ethnic techniques, cultures and philosophies to influence methods locally and broadly, in the continued and incremental mastery of the making of jollof.

Soon, no one is allowed to cook or make jollof without the express remuneration to the “original inventors” of jollof. Soon, there are no “Davi’s Corners;” no “Don’t Mind Your Wives;” no “Osane Wa Ei;” nothing. Imagine a world without “Adisa’s Jollof Center,” and without the vast ingenuity of the various breadwinning mothers of our various societies who trek onto school campuses with their craft, their jollof, prepared under their own auspices (sweat and blood), ready to feed the appetites of school children and their hungry teachers?

Imagine all that culture absent, replaced with “original inventors” of jollof cozying up with hard liquor on the 24th floor of the Empire State building threatening our clear view of the beautiful skies and threatening all would-be breadwinners with a proper military-police arrest should their intellectual property be breached! What a world that would look like? That world would look much like concrete New York City, with a culture only of buying, selling and consuming Chinese factory-made goods. That traditional African society bustling inside with free will and a zealous desire to culturally innovate, and that village bursting at the seams with inspiration would quickly turn cold, cold-hearted, and it will set itself apart from its existence on Earth with all of its massive concrete installations in the name of modernization.

Soon, in such a concrete jungle, no one would be interested in improving methods for the making of jollof either, since methods are only truly advanced when a wider populace of free-thinking practitioners are allowed to tinker with the methods—daily, weekly and as they please— without the threat of losing a limb here or there during an encounter with New York City’s military-police.

Although western economists will lie in defense of patents and individual property rights, that patents are motivating to enable more and more people produce better techniques, when the falsehoods are properly examined, what they reveal are in fact the obvious reality that patents actually kill innovation itself. The idea of capitalism, central to which is the idea of individual property, and with it the foolishness of patents, are inimical to building culture. What this means really is that capitalism at best destroys society. It cannot erect a culture on its own. In effect, the ideas of capitalism are cancerous. They are not fine ideas. Indeed, they are very bad ideas but boy do they catch on? Do they multiply? Do they appeal to the innermost devilish inclinations of greedy men?

Capitalism, as a western paradigm of economic function, practice and aspiration, is a terrorist idiology (as from idiocy, and not from ideas). It is propagated with the gun in Africa, and with a whip around the world for one reason and one alone: To force all colonies of the United States and Europe under the one big umbrella so that their wealth can be adequately and efficiently extracted to enrich the European Oligarchy (the primitive accumulators) whose aim is to wield and marshal enough resources necessary to controlling the whole world’s economy. Capitalism has nothing to do with improving the human condition, only the exacerbation of the human condition in Africa and the elevation of the human condition in Europe and the Euro-Americas.

Capitalism, when properly examined, is a method for the transfer of wealth and capital from Africa to Europe and to North America. Proper, capitalism is the transfer of wealth from Africa’s gold mines, oil reserves, diamond mines, copper fields and human labor to the building of a powerful European elite whose goal is to rule the Earth. Take for instance the extreme concentration of corporate ownership in the United States. The monopolization of the US economy (the most capitalistic nation on Earth) has reached unimagined levels. Capitalism does not breed competition. What it fosters is the consolidation of wealth in the hands of a few.

Take the US privately owned companies like BlackRock, Vanguard, State Street, Fidelity, and JP Morgan. They own more than 80 percent of all stock in the US (the S&P 500 listed companies). What this means is that The Big Three investors, owned by real and private Euro-American families, namely BlackRock, Vanguard and State Street alone constitute the largest shareholders in about 90 percent of America’s 500 largest corporations. According to the Russell 3000 index, which mines data from 3,000 of the largest publicly listed corporations in the Euro-American world, Blackrock and Vanguard alone own more than one-third of all US publicly listed shares. The picture of a few private families owning most of the wealth in a nation, and in the world is the reality of capitalism bathed in an idiotic vehicle for its propagation called liberalism.

The US economy and political structure indicate that all nations who adopt capitalism as a means to an end are headed in the same direction. That direction is marked by the humiliating and inhumane reality of the US oligarchy (according to a Princeton University report), which has grabbed absolute economic and political power in the US and the world, and which must be properly identified as the Global Dictatorship of the Euro-American Oligarchy (DOTEO). This power grab, which has been hewn on the backs (sweat and blood) of African Americans (during more than three hundred years of Chattel Slavery), has come with dire consequences for Africans and the entire world.

Capitalism is like the proverbial devil which gives in to Satan at every temptation, and which drives modern European “enlightenment.” European Capitalism might gain the whole world but it cannot gain a soul. Capitalism does not have a soul inside of it or outside of it. It is a dead idiology inside and out, and this is why it needs ever newer and newer lives, and ever newer and newer souls, to feed on.

Capitalism is a parasite. In the US alone, European appetite for capitalism deprived kidnapped, enslaved Africans of their culture; it killed almost every aspect of their African collective cultures. US Euro-capitalism decimated the first Music Civilization of the Americas setup by enslaved, but soulful Africans. US Euro-capitalism killed Rock, it killed Country Music, it has killed Rap, and it will kill Jazz. The cultural appropriations of the cultures of African Americans into the Germano-Saxon-Spanish-French colonial capitalism of the Americas has gone to deplete and destroy the cultures that Africans brought to the Americas (even through coercion). Even soul food is on the brink of utter destruction. Capitalism kills everything, anything! Soon there will be no life, no culture and no soul left on the planet and capitalism too will come to its ignorant and arrogant end. The world needs African ideas. Better ideas. But alas!