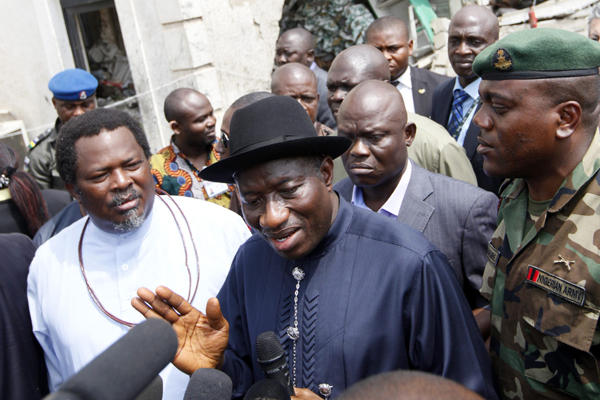 Boko Haram is an insurgency in Africa’s largest economy – Nigeria. The Oil rich nation has suffered terrible atrocities in recent years that border on a Boko haram lunacy whose ideology is that Western education is forbidden.

It beats my mind that a group that supposedly is against Western education uses weapons and bombs manufactured in the West to terrorize local people. The recent abduction of 200 school girls in a school in Chibok and several bombings that have taken place in Abuja and surrounding towns in the Northeastern regions have claimed lots of lives.

In this article I discuss the existence and activities of Boko haram with respect to Religion, economic disparity and politics.

Religion is a broad system of beliefs which connects humanity to a higher order of existence. In the case of Boko haram, the group seeks to remove western practices and establish an Islamic state.

The bombings, murder and abduction have all being made in the name of Islam. For instance, after the recent abduction of the school girls, Boko haram asserted that according to Islamic customs, the girls are not supposed to be in school in the first place. They insist the girls should be married by now.

In fact the group’s Official Arabic name is, Jama’atu Ahlis Sunna Lidda’awati wal-Jihad, which means “People Committed to the Propagation of the Prophet’s Teachings and Jihad”.

Assessing the activities of the group with respect to the core teachings of Islamic religion, you will realize flaws in the logic and arguments the group presents for carrying out their activities.

Muhammad, may God bless him and grant him peace, admonished his companions to avoid extremes. Secondly, the Qur’anic teaching that says ‘if someone kills another person – unless it is in retaliation for someone else or for causing corruption on the earth – it is as if he had murdered all mankind’ is completely disregarded by the terrorist groups.

According to the teachings of Islamic Scholar Harun Yahya, he emphasised that the Islamic religion has precepts such as freedom, tolerance, the right to education, and civil liberties as one of its fundamentals. Based on the above, on what premise and Islamic principles has Boko Haram committed all these atrocities?

I dare say that Boko haram is therefore another insurgency operating as a result of a lack of understanding of the fundamentals of Islam. The group’s motivation is based on perversion of the sacred texts to suit their own political agendas.

Economic disparity is a huge problem in Nigeria which is also Africa’s most populous country. According to OPEC the oil rich nation is the leader in oil production in Africa and the 11th largest producer of oil globally. After several years of production, the country is yet to fully realize the benefits that come with such an important and valuable resource.

I call it a sleeping African giant. Unemployment, unstable power supply, falling educational standards, widening economic gap between the rich and the poor, and corruption have plagued the country for the most part after independence.

In 2012, the country’s National Bureau of Statistics estimated 54 per cent of Nigerian youths were unemployed. In light of these problems, especially youth unemployment, lack of opportunities and unequitable distribution of wealth I believe there is enough reason for Boko haram to convince unemployed able bodied youth to join the movement to fight the government with the hopes of economic rewards and a better future if they succeed.

Even if occupied with economically viable opportunities, the promise of larger economic gains if Boko Haram succeeds is probably enough motivation for them to be fully engaged in civil unrest.

In my opinion Boko Haram operates not only on a misunderstanding of the Islamic religion but also, an economic condition is an important factor to consider when assessing what drives such able bodied people to such a cause.

The problem of rising unemployment among the youth in Africa is a also a real threat to the peace and security of the continent and must be examined critically. Frustrated unemployed youth are potential recruits for terrorist groups and insurgencies.

Hence, collaborative efforts to get the youth into the labour force should be of prime importance. Secondly there is the need for institutions such as the Army to be fully equipped in protecting local people. The ineptitude of the Nigerian army to live up to its duties is a reflection of failed systems and structures.

The failure is systemic. Nigeria is not an exception. Many systems such as education, health and security on the continent have suffered years of decay with some manipulation on the part of politicians to achieve sole political goals.

In addition, there are concerns among a section of the Nigerian public that some high profile politicians in the ruling party (PDP) are involved in support for Boko haram in their quest to make the sitting president Goodluck Jonathan an unpopular ‘Badluck Jonathan’.

It seems to me that politicians fail to realize that the present determines the future and the present is a result of the past. There is no guarantee that even if Goodluck leaves office, Boko haram will be defeated. If there are any lessons to learn from history, terrorist groups such as AL Qaeda and the Taliban have consistently fought any regime irrespective of who is in power.

Their ideology and goals extend beyond the election cycle. I agree with Dobie, J. Frank – “The man for whom history is bunk is almost invariably as obtuse to the future as he is blind to the past.”