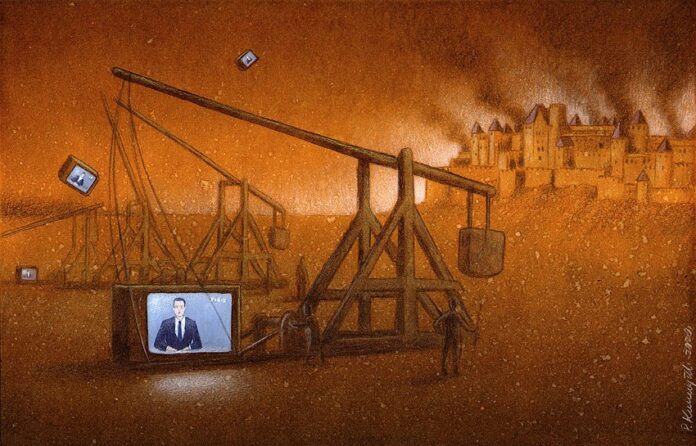 Most Africans are in complete denial about the state of their being in the world. When Africa is under European Terrorism, they call it the Trans-Atlantic-Slave Trade.

What Trade? As if the families of the Africans who were kidnapped and shipped to the Americas got something back for losing their kin. First, to call the European Terrorism of the African continent—to siphon the continent of human labor and human expertise—as a “Trade” is a denialism of monstrous proportions. It necessitates that you, the victim, first indicts yourself.

The second one comes close, but does not beat the first. When the Terroristic European nations decide to change their systems of oppression in a slightly different form—but still widespread, controlling, publicly known and accepted—to hamper any revolts on the continent, African intellectuals come together and call the new system of oppression Independence.

What Independence? When the Terrorized States, which are now called African countries, exist only under the balkanized status imposed on them by Europeans, African intellectuals wag their tails about belonging to nations. What nations?

Yes, the same terrorism that existed during chattel slave abductions on the continent does not remain today in the overpowering form that prevents a revolution. It exists today in ways that we are free to oppose and resist, and yet, we fail to do so only to our own shame.

Only Kwame Nkrumah came close. He called it Neocolonialism. The correct word is Terrorism, still. Colonialism or Neocolonialism does not capture the essence of European barbarism in Africa.

African Denialism is an essentially irrational action that withholds the validation of the brutal, oppressive historical experience or events, when the whole continent refuses to accept the empirically verifiable reality of their European Terrorism. It is so bad that any time I speak of revolting against the terrorism, I am called the following names: Hotep, Afrocentrist, Lawyer of African Culture, and so on.

The wicked part of all this is that those who do the name-calling, the Metha, are unaware that their very education and training demands that they call me these names. They are unware that the fact of their colonial missionary and intellectual existence demands that they acquiesce to the barbarism of European Terrorism in Africa.