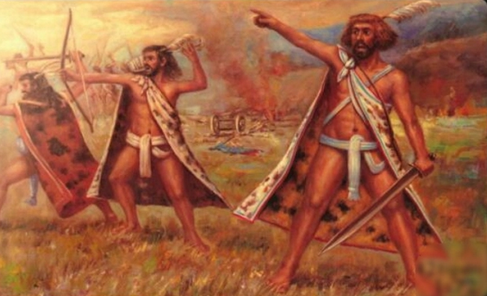 “Fragile things are privy to breaking…  We witness intellectual, mental and sometimes even physical kicking and screaming. We witness someone snarling and clawing to hold together a *worldview* that maybe breaking.” (Inigo Laguda).

Which got me thinking. Now he got me to rethink a few key points in the philosophy of the science of whiteness:

Yt people are not fragile. They have in fact, they have adopted and still adopt violent methods to entrench whiteness.

However, “whiteness,” itself is a very unstable philosophical idea. Almost nothing in nature exists as a stable entity that is white. Whiteness as a concept is a characteristically unstable idea. No one can be white, and only some plant-flowers turn white sometimes. Even then these are ephemeral things!

Which makes the idea fragile. Although fragility does not necessary imply instability.

Perhaps, it’s that “whiteness” is so unstable that yt people need all the violence and all their barbarism to entrench it. Without that input of energy (snarling and crawling), the idea of whiteness is as empty as a cloudless sky, and they yt people have nothing to root their ego.

Also, White Fragility is nothing but just a concept employed by yts for their own protection. It is an act. Also a myth. But, it is not a real thing. That is, it is employed to make the violence of yt people look as though yt people are under threat from Black people. A false equivalence. In effect, it is stagecraft that yt society now employs to make themselves more palatable to the public.

White Guilt. White Tears. Whit Whines = White Fragility (the Act – the making it all about yts).

The correct name for yt people is the Reds. KMTians called them Reds, the Moors referred to them as the Reds, so why refer to the European as “white”?