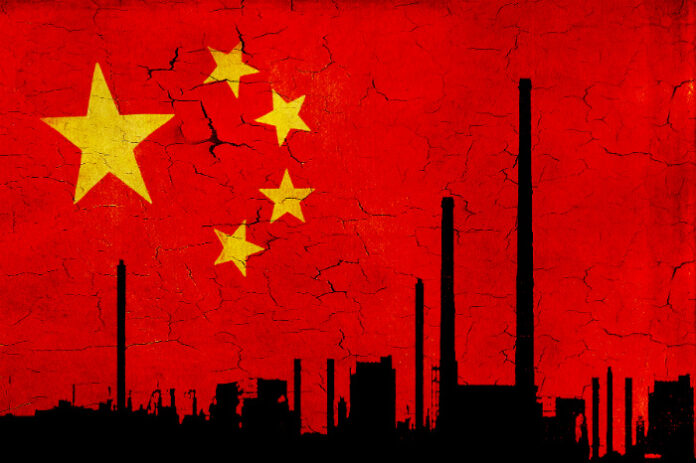 African nations should do what like China? The idea of “Do it like China,” gives me palpitations of monstrous proportions. The pharisaism inherent in the idea alone is worth a full library of books to the effect that this notion of a self-made “industrialized China” is by all means, intents and purposes a lie. China’s industries are the direct result of the De-industrialization of Black America which fully transpired over the better half of the last century.

Recall the entire Industrial Base of the USA, built over hundreds of years, with the labor and intellect of Black People, was spirited away to China.

The American KKK Elite, newly energized by the Immigrant Aryan Elite Classes of Old Barbaria (West Germany), chose to industrialize China, over an industrialized Black America in order to rid the USA of what they deemed the “Negro Problem.” (Negro Problem meaning: if they cannot be our slaves, we certainly cannot share the country with them. Hence we need a one hundred year plan to get rid of the Negros. They are at it!)

That de-industrialization of Black America was of course, followed by the mopping (out of site and sight) activities of the KKK Law Enforcement Units of the USA Injustice Systems, which removed at first, all the resultant JOBLESS Black men from the streets into a Mass Incarceration Plantation Slavery System, and which is now at work mopping up the Black Women (and Murdering the rest at will) who remain.

All this to say the idea of an “Industrialized China” is the direct result of stolen and spirited Black American Wealth, forged over centuries with African Ingenuity and Industry in the tired Plantation Systems of New Barbaria (USA). China’s reaches, engenders in me, monstrous palpitations of vehement proportions.

Furthermore, the American Empowerment of China came also as a Geopolitical Benefit to the Aryan Elite of the USA. At least The Soviet Union (now only Russia) has no play there as a result. All this dance about China flexing its muscles in the West is a Cockerel Dance. Ultimately the Cockerel wants to fu-k. That’s all. It wants to be accepted, by the West, as the most desirable Cockerel in town. That’s all.

Do it like China? My foot! China too is a model for Africa? Yeah. Whatever.