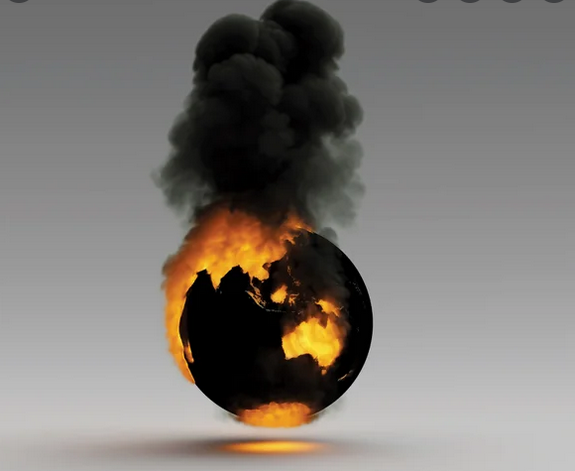 Better to be Desperate than Procrastinate. People achieve more through Desperation. ~ Narmer Amenuti.

There was another essay I’d wanted to write today: “Jesus was a Bum.” I gathered this will engender a kind of reaction that I was unable to attend to. Hence, I made the choice to pen that essay for another time.

There are three types of Babies. Ultimately only one leads to a psychopathic problem. How can one tell?

Buy a wooden doll for a baby and then proceed to understand one of these three things: (1) He would throw the toy away, disinterested. This baby does not care for the toy. He knows how to get his happiness elsewhere, (2) Or, he would play with the toy and concoct all manner of narratives to support his childhood play. This baby knows how to be happy with the toy, (3) Or yet, he would pretend he’s playing with the toy. He would break it, chew it, spit it out, swallow some, eventually shit it out, and proceed to destroy the toy.

This third baby is of great interest to me.

Some will say that the third baby is “analytical:” Analytical in the sense that some babies want to understand the physics and mechanics of dolls. Which is false but let’s indulge the idea. Let’s examine the state of this baby-analysis.

Such an adult, if it were the case, would be psychopathic. But, for babies, we shrug off the behavior – with the hope that such a baby shrugs off that behavior the older he becomes. Therefore, we only tend to think such a baby is analytical so long as the baby does not grow into an adult who would chew up his own motorcycle.

After years of studying these three types of babies. Two main conclusions remain. There are, in general, three types of peoples: (1) One who goes about happily enjoying his life without the need of any toy, (2) One who enjoys his life with any toy he can get and (3) One who pretends they are happy breaking toys and everything around them and then bleating out with a whimper.

The third group of people are The Restless – they never grow out of their third-baby crisis. Two important things – such babies are: (1) Preoccupied with the idea that they can become the One who created themselves, God, or their own creator, in the same way that that third-baby syndrome is thought-off as a sign of an aspiring mechanic, or (2) Such babies are fixated on re-creating themselves – i.e. they want to become a type of god themselves.

And so the Restless People destroy everything. Restless cultures destroy their environments and they go around attempting to destroy other people’s environments. They are stuck in childhood. Or what we would rather refer to as Childishness. Adult childishness is a type of psychopathy.

Problem of the world today is that The Restless People, The Restless Cultures, are often misconstrued as analytical, or even scientific, when in fact, all they do is destroy and then cry about the destruction.

For instance, follow the history of the Earth in the last 100 or so years and you will appreciate the mental paralysis of this Childishness. And so there are two types of Psychopathic people: (1) The Restless and His Culture of Destruction and (2) Those who think the Restless are “scientifically more advanced.” None has a cure. Both are destructive. However, paramount, The Restless are the ultimate destroyers!

With this understanding, it is better to same ourselves from the Restless through desperation than to procrastinate and allow them the free reign to destroy us all.