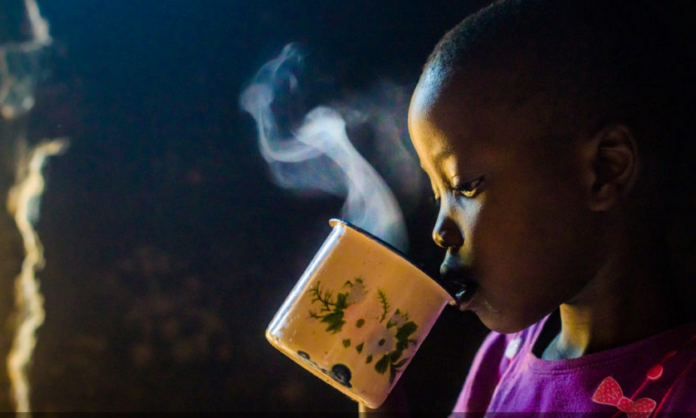 The Mis-Educated Than His Ancestors (the Metha), although they have more schooling than their Ancestors ever had, all put together, yet they ape their colonial masters of the west down to how the “masters” drink.

For example: When the Metha visit my little village in Ntoaboma, Ghana, and I serve him with some loose-herb infused beverage, he would call the thing, a “Concoction”. More, sometimes, if the Metha has been away from the village for longer than two decades, he thinks of the cup as a potion, a ritualistic potion, concocted from some Vodun recipe, which I may have hidden under my bed.

The idea is that a concoction, or potion, is put together without REASON (or without reasonable analysis) and so it can kill you.

Granted that this nonsense (for instance that Vodun is fetish) about African rituals is fed to him by his colonial European master, who he adores more than himself, the Metha is not wont to examine the idea itself.

And so when the colonial British Barbarian serves the Metha with the same herbs, which was stolen from us in Ntoaboma, but served from within a small cotton-bag  called “Tea Leaves”, the Metha calls this thing a cup of “Tea”.

The idea is that Tea is put together from a logical analysis of herbs/plants, and so it can heal/help.

You have to appreciate the Metha’s confusion in order to understand him. He is a mimic, i.e., he wants to become his colonial European barbarian master. Except he cannot become this barbarian entirely – skin color prevents his so-called maturation to this kind of barbarism.

And so the way the Metha reasons about race or Blackness, or even Africanness, is that we are all the same as the Grey things up North, but for skin color. You see, the Metha must believe in this Sameness (also an idea fed to him by the barbarians) in order to have any real hope (if ever) of evolving into a more-matured barbarian.

Concoction, potion vs Tea: Only the Metha are torn over this, you know! For one reason alone: to become the barbarian one must subscribe to Sameness. Sameness (not equality) grants the Metha the space to evolve into a more-matured barbarian. The Metha, after all, is a Mimic.