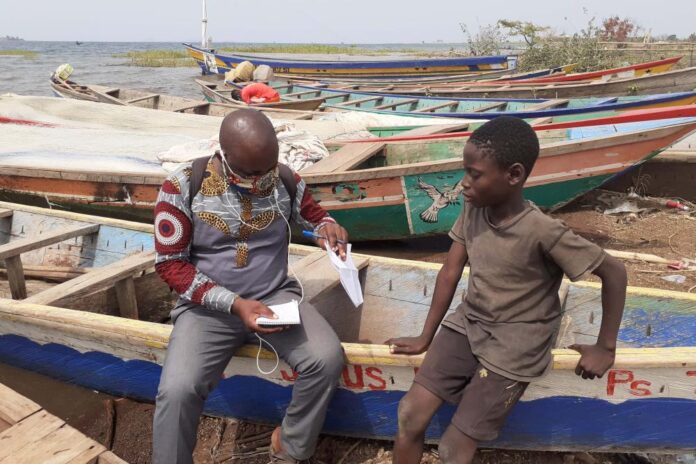 The Metha And His Ghastly Fetishisms.

NTOABOMA. Since the last call to arms to defeat an ever elusive world-virus, I have observed the Metha (Mis-Educated Than His Ancestors), aping barbarian fetishisms with great disgust. The world, as they tell it, is on fire – a certain weird virus has set the planet ablaze!

Yet, no one in Ntoaboma has caught fire! Yet, apart from the occasional Accrasters – the fraudulent new natives of Accra – who trade along the long windy roads from Nkawkaw to Ntoaboma, returning in their beat-down (Kpokplomadja) “Nissans” from shopping sprees in Osu and Legon, no one cares about this fire-spitting virus.

Wearing a mask on the farm has become, at least along this country-corridor, a symbol of conspicuous consumption amongst the Forbes reading mimics – the Accrasters. I have seen a couple of fishermen along the Lake, Amu, wearing masks alone in their canoes while fishing a nautical mile from land!

As much as I thought the Metha’s only goal in life was to ape his colonial gods in the west, never did I ever think that there would appear in my country-corridor, out in crocodile waters, deep in Mosquito-country, a new species of Human, aping the Metha, who lives primarily in Accra.

What is worse, the Metha or the one who apes the Metha? I’m not quite sure. What is certain, however, is that both species received the same type of colonial missionary brain tumor from their colonial mis-education. Only the Metha has emerged the resultant crème de la crème of the competitive class of students raised to mimic their colonial gods.

And so even within the Kingdom of the Metha, there are – it seems – several different classes. Their collective disease is, “If you cannot become your maker, fake it.” Or more succinctly, “If you can’t make it, ape it!”

Think about it: The Metha foregoes Amakye (traditional medicine, which the traditionalists claim can protect one from any such fire-spitting virus), because the Brutish Broadcasting Colonials, the BBC, told him so. And this Metha opts rather for the injection of concoctions, about which he has no awareness of its composition, into his body – not once, not twice, but with several boosters un-end!

And so it goes: the so-so aping of barbarian fetishisms like the “latest silly novelties—no-fault divorce, factory-sliced bread, frozen meals, and, of course, infant formula—” all adopted enthusiastically by the Metha, who then think better of them by the time their colonial gods shift the blame to their chief priests, the scientists!