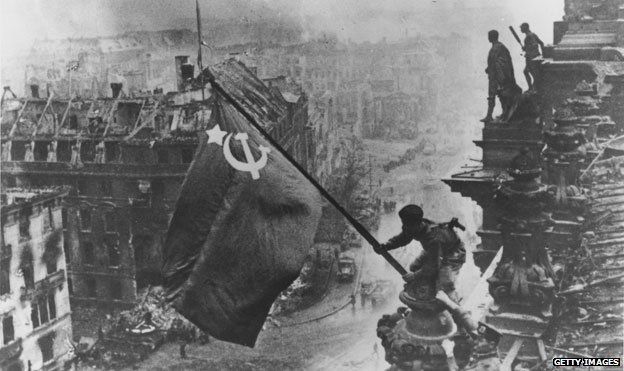 Restraint vs. The Barbarians.

(Image above: Barbarians do not understand or comprehend the meaning or essence of restraint. Below image: Soviet Union Troops in Berlin after crashing the German Army in Europe’s Second Tribal War.)

Two Barbarians argue over the meaning of “restraint”. The first one says, “Why don’t you want to kill people?” The second replies, “Well, last time I killed people, I lost my limbs.”

The first one goes: “Well, you still have two hands to fight. Why not use them?” The second one retorts, “I would. I would love to, but I can’t afford to lose my arms.”

The first one replies, “What are arms for if you don’t actually use them to fight?” “Correct,” said the second one, “except without my arms, you can then kill me off. You know!”

The first barbarian is now quiet. The second one looks and looks, and scans around the block:  “You know, just a little restraint will do – you know, live a little, to die another day?”

Aah, said the first barbarian: “I got it. Restraint means to save yourself for a bigger war!” The two barbarians laugh out, loud, beating their chests!