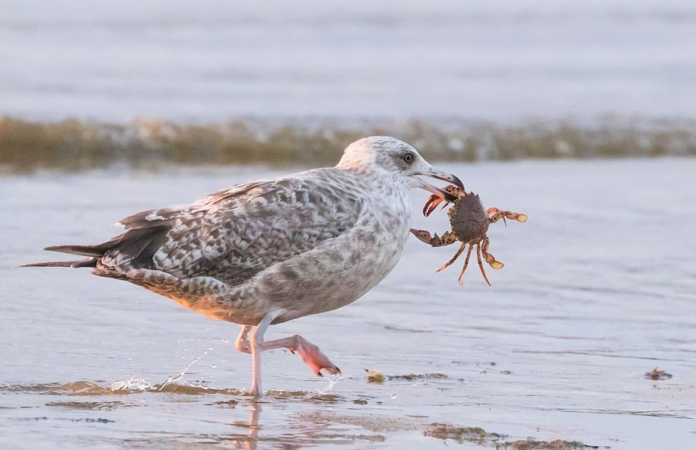 Kaa Foor Looflor: A Crab Does Not Give Birth To a Bird.

NTOABOMA: When I came of age in Ntoaboma, I would often hear the Elders say, and they would often repeat, ad infinitum, that a crab never gives birth to an offspring that looks like a bird. In Ga, or Gé, or Dangbe, the saying went, Kaa Foor Looflor. When I first visited the tiny islands of Europe, I heard a similar, although quite obnoxious subversion of this statement: The apple does not fall far from the tree. I guess this was their way of saying the same thing?

Yet the difference between the two similar ideas cannot by any more dissimilar. In one, the Gé -version, the Elders in Ntoaboma spoke of how one thing does not beget another. That is, there’s no such thing as a constructive or useful transmutation. Unless—and the Elders accepted this caveat—it resulted in begetting the devil. Transmutation, according to the Vodun Philosophy that the Elders drew from, results only in the degradation of the former. It does not result in an improvement.

Now, this framing by the Gé is diametrically at odds with the widely accepted theory of evolution in western schools, which is where the theory the Kaa Foor Looflor deviates considerably from the apple and the tree analogy of European scholars. In Ntoaboma scholarship, a bird cannot have a crab mother. In the western evolution theory, it is possible, they claim for a cow to emerge from a fish, given (as they say) a long enough time.

However, the western scholar who now accepts the theory of evolution (Darwinism) as a standing paradigm of thought must now contradict himself, else he has no leg to stand on. You cannot say the apple does not fall far from the tree and then turn around to proclaim that the apple can, as a matter of demonstration, fall far from the tree.

This is why earlier on in this essay I called the apple and tree analogy an obnoxious subversion of the Ntoaboma Gé framing that simply puts it at: Kaa Foor Looflor—a crab does not give birth to a bird. A crab is not a bird. And vice versa! This framing has several significant implications that are diametrically opposed to certain western European theoretical conclusions about the nature of humankind and the nature of human relationships.

When one listens to the stories of the Gé Elders of Ntoaboma, and the like, in and around our dear African villages, we must be humble to obtain a deep and sincere understanding over issues that we may think we already know all about. It is, actually, in listening to these Elders ten or twenty times over that it happens that you come across something unexpected, and that moment will be a moment of deep understanding. For within the tedious talk of our Elders rests the nuggets of theoretical frameworks for sincere inquiries into human nature.