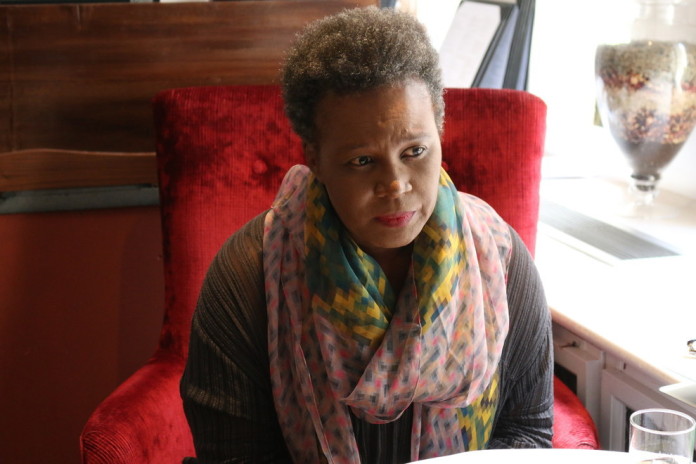 Claudia Rankine is an award-winning poet. Born in Jamaica, she came to the US at age seven and lived in the Bronx, a borough of New York City.

Rankine discusses her new book, Citizen: An American Lyric, about racism in America.

Your book, Citizen: An American Lyric, has won the National Book Critics’ Circle poetry award in the US, the Forward in the UK and is shortlisted for the TS Eliot prize. It exposes racism in the US at its most violent and at its most nuanced. Why the title?

I called it Citizen because I wanted to ask: who gets to hold that status – despite everyone technically having it? How is it embodied and honoured? The title contains a question.

“Because white men can’t/ police their imagination/ black men are dying.” What was in your mind when you wrote that line?

When white men are shooting black people, some of it is malice and some an out-of-control image of blackness in their minds. Darren Wilson told the jury that he shot Michael Brown because he looked “like a demon”. And I don’t disbelieve it. Blackness in the white imagination has nothing to do with black people.

Yes – have you seen the recent video in Clinton correctional facility where guards refer to a black prisoner’s “non-compliant” body? He is non-compliant because he is dead.

You have a daughter – how do you arm her against racism?

It is important black parents are on guard against self-hatred, which gets communicated to children. We talk about racism but my daughter gets sick of it and rolls her eyes…

How often in your life in southern California does racism impinge on you?

I have had a privileged life in academia. But racism is inescapable, even among well-educated, questioning people.

You have talked about an incident at an airport where you were traveling with your husband, who is white. You were stopped and you said: “I am being racially profiled.” Why did they stop you?

You can’t know – but they stopped me. Then they said: “Go.” No explanation. When I said: “I’m being racially profiled”, the official asked: “Why are you saying that?” And he did look chagrined.

In a New Yorker article you wrote: “There really is no mode of empathy that can replicate the daily strain of knowing that as a black person you can be killed simply for being black.” What is needed if empathy is useless?

I’m not saying that anything can be enough. Empathy is not a cure.