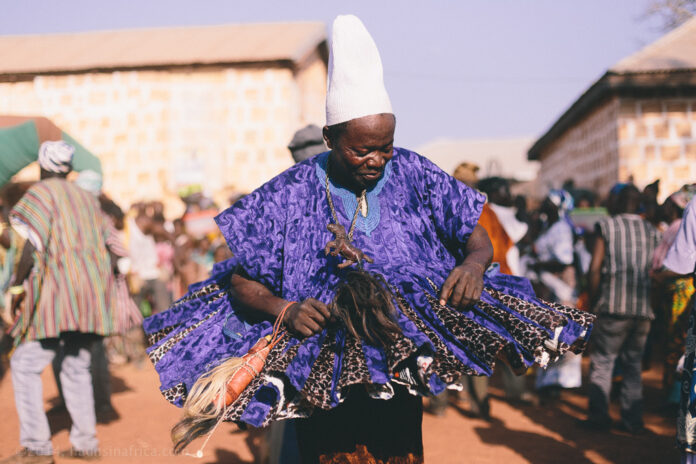 The Mis-Educated Than His Ancestors (the Metha) is intoxicated with the strange idea that Progress is an arrow, firing itself in the positive direction. All this means to the Metha is that we are getting better and better or that our societies/cultures are improving day in and day out.

Every day that passes, the Metha believes, we receive more enlightenment to better our lives.

This is not true. In fact, this makes absolutely no sense. No one can demonstrate that the progress of time implicates the progress of enlightenment. Yet, the Metha is wedded to the strange religious belief in progress through time.

In other words, to the Metha, Progress is a kind of God, who—given enough time—manifests himself in strange progressive ways.

That the present is progressive, is not true.

In traditional Ntoaboma, a Metha born of a Scottish father and an Ewe mother cannot inherit from his Ewe side. He is, by all accounts, Scottish. Not Ewe! The Ewes insist that this kind of Metha must find his father’s people since most Ewes practice patrilineal inheritance. If the father were an Ewe man, the Metha would be fully accepted by Ewes.

This, of course, as we have been preached to in Africa by the west and their Mis-Educated puppets in Africa, is backwards. In fact, they call it Patriarchy! Why can’t the Metha choose for himself, they ask?

The idea of choice is inherent in the Metha’s idea of enlightenment.

And so let’s examine how this choice works in the “enlightened worlds” of the colonialist barbarians—let us refuse what they claim but let’s look at their actions! In Scotland or Europe and in the European colonies of the Americas, when the Metha is born of a Scottish father and a Ewe mum and he reaches out to this father’s people, they send him back to Africa. They insist, he’s Black. He’s Ewe!

Flip the ethnicities of the parents, and in Scotland or Europe or the European colonies of the Americas, it still would not matter whether it is your father or mother who is Scottish. So long as the other parent is Ewe, you are Ewe. Hell, it could even be that only your great-great grandmother was Ewe, and still, you are Ewe! One can never truly belong to Scottish blood by having a known Ewe ancestor!

And the Metha, together with his colonial masters, call this kind of practice, Progressive! This is the culture we must copy. This is the kind of thinking that should replace our traditions!

So we live in a colonial Africa that is under the threat of these bastardly ideas replacing our traditions. And the Metha is blissful with this strange colonial undertaking. He calls it Progress, and for some strange reason, the Metha believes that individual choice makes things progressively better.

The Metha is drunk with something: And it is certainly not intelligence, but a bowl-full of foolishness. Maybe African societies too should become patriarchal so we can vehemently and violently reject the Patriarchy of foolish cultures from far-far away. [Kwasia-sem. Kwashiaa-sane, Korsia-nya]!