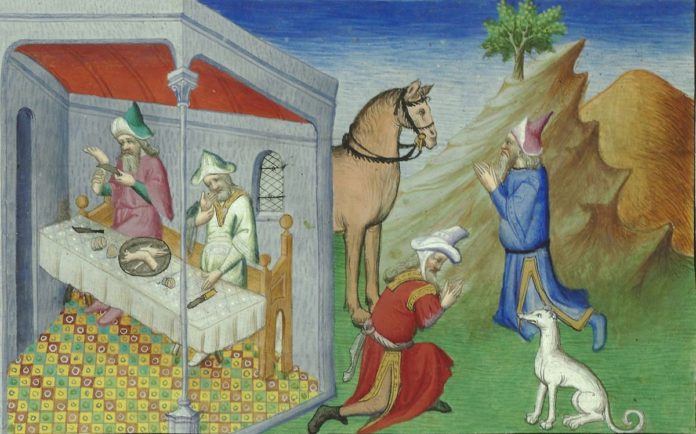 We live in a dog-eat-dog-world. The expression refers to an existence so callous that it becomes normal to eat the flesh of one’s own species. Basically we live in a world where the societal norm is cannibalism.

This is not to say in a literal sense that our canines and molars drip with blood from a meal of human carnage (although this may sometimes be the case behind the closed doors of obscure cults). In a figurative way, however, the practice of eating members of one’s own species accurately describes the quotidian relations between men and women under the present moment of modern capitalism.

Cannibalism is par for the course in a new social order where materialism is king. In order to amass a bottomless abyss of riches in the never-ending game of primitive accumulation, the relative deprivation and hardship for the have-nots is collateral damage. In other words, the haves must first eat their species in order to eat their cake.

The world in which we preside is one where the rich, the wealthy, and even the moderately well off eat their own—their neighbors, their fellow men and women, and especially the poor—in order to enjoy immense fortune and relative refuge from want.

Modern capitalists exhibit a compulsion to eat human flesh. They pride themselves upon the power of depriving others, in suppressing the life’s breath of members of their own species.

This behavior puts modern cannibals at the upper echelons of extreme transgressions of morality. They waste no time in harvesting organs and trafficking humans.  From guillotines to electric chairs, modern societies have devised machines to eat one’s own.

They delight in exhausting psychological and physical limits of humanity by taxing hearts to their last beat and toiling their muscles to their last lift—anything to satisfy their desire to eat their own in myriad ways, in order to stay elevated above the rest at the true cost of dismantling livelihoods and deteriorating lives.

Under cannibalist-capitalism, savagery is the social norm. Modern cannibals, that is capitalism and its voracious practitioners consume the food, medicine, and emotional well being needed to sustain life. Such few deprive the many of essentials for existence in order to fuel their desires for excess.

Of course some would deny that cannibalism applies, however not in renunciation of the inhumane acts they commit, but only to the suggestion that the people who they devour are not members of one’s own species. They argue not of the morality of inhumanity but of the semantics of who should belong to the group and who should stand outside its parameters.

Lips moist with human carnage, some would qualify the phrase “one’s own species” to justify actions that harm others and benefit themselves. Since the existence of man, various terminologies go to great lengths to designate levels of “species,” in order to distance the haves from the have-nots.

To pardon themselves from barbarism, they reject the premise of a single species, a human race. Their philosophies project the existence of several unequal races, classes, and strata: Mongols, Negros, Caucazoids, Asians, Blacks, Whites, Latinos; princes and princesses, kings and queens; nobles, lords, earls, dukes, and dutchesses; royal families, pharaohs, and sultans; untouchables, goyim, and chosen people. These labels to foster societal divisions propose an outlet for cannibals to circumscribe around humankind boundaries that fit their agendas. In essence, this word play serves to make cannibalism appear to be an unfit term, for they are not eating their own species purportedly but eating another—an other.

But if we are to think of people as one species, one human race, would cannibalism not be an appropriate term to designate the callous treatment of individuals?

In another attempt to escape responsibility for vile acts, capitalist sympathizers deploy mental illness as an excuse for inhumane behavior, so as to convolute an unrelated, extant woe with the innate disposition germane to cannibalism. The obsession with finding pleasure in drawing human blood and eating one’s own species has never been so prominent as in this latest spell of world domination by brute means, to no end until the world’s demise.

Modern society’s quest is a zero sum, winner-takes-all rat race to the top in which the victor gets all the spoils, which are rotten from excess and over plucking. Often overlooked are the cutthroat stakes necessary to have skin in the game.

The practice of and desensitization to the ritual consumption of one’s own species plagues the very humanity to which we lay claim. We pride ourselves of what distinguishes us as humans from “lesser” beings, yet our base acceptance of the cannibalism of modern capitalism suggests that our so-called humanity is not actual reality, but only an ideal, perched far away from reach.