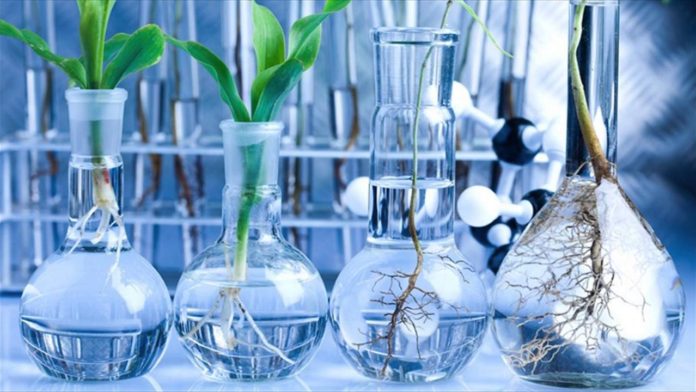 Currently, there is a deception of great magnitude at large: one in which the discipline of science attempts to name itself the Nature of Truth. This comes as a shock. Truth and the Nature of what is True existed aeons ago, since the beginning of it all. Science has no such indefinite and distant origin. Abundant clarity is imperative here: There is No Truth in Science. Rather than being True, science only attempts to attain legitimacy and uncritical acceptance by offering to approximate and explain Natural Truths.

Science takes what is true as a starting point, and from there, devises a plausible pathway from origin to outcome. Commonly, science takes an event that people universally accord as a Natural Process, like the birth of a child, and devises an elaborate, contextualized, yet fictional, story around the Natural Process.

To take the example of childbirth, science manufactures tales about conception and delivery, narratives about prenatal care and post-natal woes. The story’s proximity to the stages of the Natural Process convinces many of us that the story is real and that science is valid. Meanwhile science, lays claim to the entire Natural Process. Science proclaims, anachronistically so, to have invented childbirth–a process that obviously came before it and exists without it.

Indeed, all the textbook-educated medical doctors can vanish from the planet without a moment’s notice, and the Nature and Truths around childbirth practices and processes would not cease to exist. Childbirths will continue to flourish–with or without science and its thirsty, devout peddlers!

Though most people fail to separate the “science” from Nature. Most cannot parse the science away from the Truth. Most are deceived into thinking they are one and the same. This is the deception of great magnitude at large when most falsely believe that science is congruent with Nature and what is Truth.

What is true is not possibly reducible to comprehension nor articulation by the human species, though attempts in doing so frequently occur. The most consistent attempt of the past centuries is via the academic discipline of science and its spreading tentacles. In its attempts to explain processes of the Natural World, science attempts to supplant and masquerade as the Truth. Those who practice science attempt to speak for Nature and Natural Truths.

Nature and Natural Truths speak for themselves, in ways that are untranslatable via human languages but are translatable to our senses of touch, taste, smell, sight, and hearing. Humans, for instance, can sense an impending storm, smell its damp humidity, see the flurry of rain droplets splattering the concrete, hear thunder crackling, touch the moist drops that streak onto cheeks before evaporating into the air.

Scientists hijack this Nature, this Natural Truth, and claim to divulge “scientific truths” around Natural processes like rainfall. Scientists manufacture their doctrine to dispel words like condensation and precipitation, to propagate myths of quantities, percentages, and probabilities: the “chances” of rain today or tomorrow, the number of inches or meters of rainfall in a particular region during a given year, the percentages of humidity, the counts of pollen. Scientific data desires greatly to convey Truth but even in its most thorough and earnest attempts, cannot manage to capture an absolute Truth. The Nature of Truth is so fine that it cannot be measured with data. All approximations fall short of capturing the essence of Truth.

Natural processes are true in their operation. In the way a rose blooms when the time is just right around a certain time of year every year, in the way a baby emerges from the womb when the time is right just around the same span of growth, give or take. For thousands of years these processes have happened. Well before our friends have invented their religion of science.

Truth cannot be confused with exactness, precision, or correctness–terms of science that are preoccupied with measures and human estimations, terms that are burdened with language borrowed from the scientific community. The Nature of Truth is abstract and not quantifiable.

Beauty, for example, has no formula–though the eye can tell. Even then, what the eye perceives as beautiful varies between organs and cannot stand on the head of a single pinpoint. The blueprint for beauty, much like the blueprint for Nature, has infinite possibilities, although both appear to render a strikingly similar image each time. Nature is incomprehensibly complex, yet seemingly, on the surface, simple.

An influential doctrine, science is a system of beliefs practiced by a devout following.
Science is a religious belief, a fiction, a discipline invented by social beings–humans–and thus influenced by their values and morals. Science, no matter how highbrow, cannot be True and can only, at best, locate itself in the realm of opinion, persuasion, or culture.

If people genuinely are to understand that humans can neither control nor explain what exists in the Natural World no more than they can control or explain their own bodily processes, then there could be no god-like humans or god-like science worship, as there exists within societies today. If people are to understand Nature and the Natural World as the marvel miracles that they are, there would be no need to gawk at “scientific discoveries,” which are only just Nature’s gems revealed to cure a human ailment or malady. The deception claims science is the creator of goodness, of Nature; on the contrary, just because a human learns of Nature’s power to heal does not mean that science created the potion.

The deception persists anyhow as science hopes to supersede Nature, no matter that science cannot fully understand nor explain what it did not invent, much less precede. Science hijacks Nature’s past, present, and future in the hope of overtaking and ultimately “becoming” Nature in the eyes of humans. Scientists engage in Nature-envy and lay claim, in a territorial manner, to Nature and its Truths. Aiming to control the perception of Nature, science and scientists strive to contain Nature and its narratives of Natural Truths in their quest to become gods.

The essence of Truth can neither be convoluted with notions of fact and reality nor as beliefs that are widely accepted, as these concepts are influenced by human values. Truth need not acceptance of humans nor grounding in scientific communities’ to be itself, to be True. The Nature of Truth is often wrongly co-opted in the language and speech of humans. For instance, academics speak of “scientific truths.” Yet, this notion of a scientific truth is a theoretical impossibility.

Science is no god. Science holds no Truth. The Nature of Truth lies in the abstract. Truth cannot be explained by scientific jargon. Truth just is.