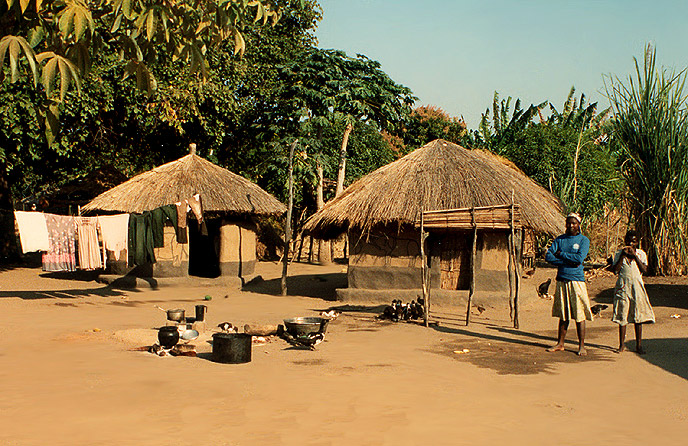 There’s one thing, besides the Bible, that the Missionary Educated Class (the MECs), in Ghana adore more than anything else: Rugged Individualism. This newfound ideal, fed to the MECs, by visiting European Missionaries, in the various Evangelical Boarding Schools of Ghana, is rooted in capitalism. Which is the European idea that proclaims that: Greed is good, gluttony is better, and anyone who stands in your way, well, kill him.

The missionary ideology of capitalism was enforced in Ghana, nation-wide, of course, first through British Christian Evangelism (i.e. the Caucasian Project of Saving the Negros for Jesus), and secondly through the colonial imposition of Missionary Schools. Salvation was preached and taught in school. The Ghanaian missionary student was indoctrinated to accept that his salvation, whatever that was, was between him and God, although Jesus was transfixed somewhere between the man and God. One way the MECs were trained to wrap their minds around Jesus was to imagine their individual salvation by God through a filter—the blood of the Christ on the cross, upon which Jesus had been murdered by a conspiracy between Roman colonizers and the ancient Hebrew (not Jews; not Israel, both anachronisms) to serve the rugged individual purposes of man’s salvation. Key within the missionary message was individual salvation. This entailed the idea that salvation was solely and entirely between the man and God.

The second iteration of this rugged salvation, after death, came via the notion of the rugged individualism of the man before his death. That is, as long as a man lived (at least, this is what Europeans believed and still believe), the MECs were trained to think that they must aspire to the ideals of greed (rugged individualism) and when they died, they must then aspire to enter the Kingdom of Heaven (through a rugged individual salvation with Jesus).

Rugged individualism and Personal Salvation worked hand in hand to cement the central theory of capitalism in the minds of the MECs during the colonial terrorist occupation of African lands by European pirates. After the MECs received a copious amount of education from Missionary Schools, and even from public schools now invaded by Missionary work, the MECs became a new species, apart from their ancestors. The MECs became More Educated Than Their Ancestors (the Metha).

The Metha’s break away from African tradition, however, was not entirely complete. Though in spirit and in academic thought, the Metha was European, the very fact that the Metha was forced to live among his own people left certain links between him and his village intact. The Metha’s connection to the traditions and customs of African theory-making were not entirely severed.

In one aspect of the Metha’s life rugged individualism worked as he had been trained to admire it. The Metha with the best resources refused to share with his entire family even if the family actually needed it, hoarding all material wealth for himself; or if the Metha had a wife and children, hoarding material wealth for his wife and children alone (upholding the European idea of the nuclear family). The way the Metha rationalized this new behavior in his African environment was that he believed, as a result of his colonial education that he had worked solely for his wealth without the help of the village. That is, the Metha came to believe that his rugged individualism made it possible for his amassing of unseemly wealth.

The Metha calls this phenomenon once again, rugged greed, or more appropriately, meritocracy. This protestant(evangelical) idealism, which is that the harder one works the more one gets—at the root of capitalism—rings clear in the minds of the Metha and pushes the Metha’s resolve for his evangelical European salvation from his own village. The Metha does not realize that the wealth he has amassed is not new, that it has only been transferred from the village to him through cunning, and often through violent methods employed by the colonial barbarians. The Metha does not realize that what he has amassed was actually once shared in the village.

Since the Metha hates to share, he begins to suspect—while counting his individual blessings—that since he’s significantly wealthier (in material possessions) than his grandfather, he must have been saved from the Village, from the quicksand of poverty and backwardness. The Metha accepts that the mark of his new wealth is the mark of his hard work, the mark of his salvation, and the very show of the universal workings of meritocracy. Capitalism therefore is great.

What is stupefying is simply this. When the Metha loses his grandmother, the whole African village gathers to plan, bury and partake in the funeral rituals of his grandmother. The Metha is left only to participate, watch like a child and walk around as a dignitary, and proud, having made it out of all the grandchildren to salvation. The Metha never sees or appreciates the sacrifices of the village. He shrugs off the burial rituals, the customs and all the folks of the village who gather to make it possible for his grandmother to be passed on peacefully by village hands into the Afterlife. The Metha does not see the village forces, the investment of village wealth, in the making and maintenance of village rituals and customs.

The Metha is only asked to foot some bills with money, to which he reserves the rugged individual right to pick and choose which bill he would pay, and which he must leave to the rest of the village to figure out. When the Metha’s father dies, the Metha repeats the same behavior, assuming the dignitary of Chief Moaner at his own father’s funeral, since he has given the most money towards the purchase of his father’s coffin. Again, the complete works of the village, to gather, plan the funeral, bury the dead and feed their guests remains the realm of the village and the historical investment of the village that the Metha cannot observe, separate from the efforts and the work that leads the Metha to his individual salvation.

In Ghana for instance, the Metha basks in rugged individualism at daylight, while at dawn he dances to the collective tunes of the village. When he wants a cow for Christmas, a village butcher will make it possible for him without charging the fee that a real capitalist butcher would charge for similar work. The Metha does not see the contradiction. When the Metha wants a crocodile for dinner, he gets a trained village crocodile-catcher to entrap his crocodile for Easter celebrations, for a tip. The Metha does not see his contradiction. The Metha assumes he lives in a capitalist economy without understanding that the butcher and the crocodile-expert continue to treat the Metha as though he lived in the village with them.

Except the Metha’s thinking is unbeknownst to the village. The Metha cannot think of himself as part of a village. That is, the Metha loves to employ village talents and village labor for his rugged individualistic goals (without making clear his rugged individualistic intentions) while shirking responsibility towards the village. In Ghana, the Metha loves capitalism because he’s never lived in a capitalist world. He’s never had to pay all at once for the following: the capitalist market price for the cow, the butcher (by the hour), the trash, the water, the firewood, the knives, the crocodile, the crocodile-catching license, the crocodile catcher (by the hour), and while making or eating the crocodile soup paying for childcare (or child support, because mother is also at work in another factory), paying for school fees, health insurance, car insurance, house/apartment insurance, life insurance, and buying petrol to pick up children here or assisting their mother there, while pushing a new lawn mower from Lowe’s.

When the Metha reads this essay, for example, he would say that I romanticize the African Village. That the African village had (many) problems. But I do not romanticize a thing. I simply pose the theory of the lasting alternative, tried and tested in Africa, long before the dirty ideas of capitalism started brewing in European minds. I simply pose the idea of theory-making as an alternative to European myth-making, insisting that the African Village is more resilient to the corruption of the Chicagos of the USA, and that the African Village is the way to building sustainable societies than capitalism could ever imagine in Nazareth, Pennsylvania, USA. But, the Metha would act as though his standing in capitalist ideals is a direct result of the problems posed by the African Village (and they may list a few). The Metha would say that this is the reason why he’s chosen to become a capitalist pig himself—a self-seeking, self-serving, ruggedly individual man, and a greedy bastard.

But no. Of course not. The whole reason why the Metha exists in Africa, and inside the African village proper, is the result of an unfortunate history: the coming of European men to Africa in the sixteenth and seventeenth centuries. And with that, the sorry violent imposition of dirty ideas that pollute the minds of rather honest village men, and which pollute the entire planet; and which has brought the entire planet to the brink of utter destruction through the very European pollution.

The Metha needs salvation from his rugged individualism and from his individual salvation in Jesus. What the Metha must do is to expunge himself of dirty European ideas like rugged individualism, like capitalism, like the myths of meritocracy, and excise from his thinking the paralogism of the protestant ethic; and the Metha must begin to embrace the African Village, and begin to actually adore it, care about it, and strive to making it better than the Ancestors left it to him. It is only through this that he can appreciate the depths and breadths of the complex homeostatic legacy that his Ancestors have bequeathed to him, and it is only then that he can see clearly enough to begin to see the folly in the dirty ideas of European thought and myth-making. It is only then that the Metha would see clearly that all capitalism is, is the transfer of wealth from the African Village into lazy European hands through violent manipulation. Capitalism is violence. The African Village is civilization. Alas, but will the Metha (re-) learn?