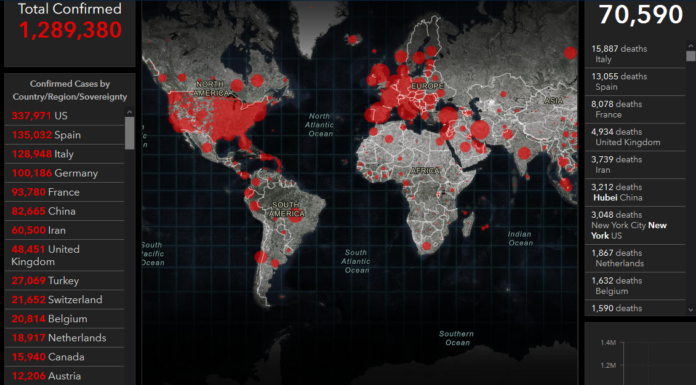 Why America Is Struggling with Wuhan (Corona virus).

Many people in Africa are marveled, actually stupefied by the sheer collapse of the American Government in the face of Wuhan (aka the corona virus).

One Harvard professor is correct to put it this way: That the faith
in American governance and hegemony around the world, and in particular among the Italian-Jesus worshiping Christians in Africa, may have utterly evaporated.

African Christians, especially the missionary educated ones (the Metha, i.e. more fully spelled out as – the more educated than their Ancestors), are struggling at heart, to come to terms with how a Christian nation like the US, the Shining City upon the Hill, that purports to have stepped foot on the Moon, is hassling to control a little virus from China.

The Metha are shocked at the highly technological Moon-trekking Americans who are now left with no other option but to accept aid from the lowly Soviets (Russia) and to accept rations of masks and respirators from the same Chinese they blame for distributing the Wuhan virus around the world.

Time changes, but does it really? There’s an old African saying, as old as the first human being, that adversity does not build character. It exposes it. Necessity does not breed innovation, it exposes the limits of those who call themselves innovators. And so this is the American nightmare, a little virus devastating not just the American people but their livelihoods. This picture is not so much the dream they peddle around the world leaving people in awe of their supposed Moon-trekking exploits.

What the African Christians, the Metha, and the nonchalant observers in Africa have missed over centuries about America is that white supremacism is only GOOD at one and only one thing – to steal land, kill the natives, enslave labor by any means necessary and distribute the loot to other white supremacists! Nothing more, nothing less.

The US Government has only been good at one thing and only one thing—they stole land from the Native Americans, killed them off, enslaved West Africans for their labor and expertise in medicine, architecture, agriculture and commerce, and re-distributed the wealth accrued from all this violence to other white supremacist nations. That’s it.

When you understand America this way, things become clearer, and easier to understand. Else, you play gymnastics with your mind and you can never achieve any comprehension of the total collapse of the US Government in the face of Wuhan. Have the Russians contained the Wuhan better? Even, have the Chinese made a better treatment of it? What is the difference between these economies and the Euro-American ones? There you have it.

In sum, let’s circle back to the obvious death of expertise in America and the rampant lack of respect for ingenuity. You have to ask, you need to have expertise and ingenuity to begin with in order to have a death! Things that do not exist cannot die. You see? What has died in America?

What has vanished in America is the preponderance of African expertise and ingenuity via African Americans since the very idea, among the white supremacists, of removing the Black Problem in the US took proper shape in the 60s on-wards! Through integration, the De-industrialization of Black Neighborhoods, the Reagan Crack Epidemic in Black Neighborhoods, and Mass Incarceration of Black people the US has achieved two things: a death of expertise and a death of ingenuity.

The US cannot be a proper power without a respect for expertise and ingenuity. This means that the US must become a Meritocratic Society (a Ma’at-ocratic Society).