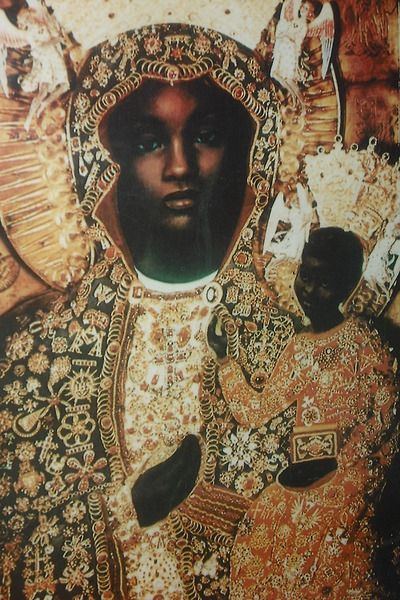 Why The Metha in Africa Give-up Their Own Mothers.

Once, or twice, or perhaps, even five or so times, when I was still very young and looked almost always approachable—that is to say everyone’s dog felt giddy to run up to me for a free hug—I would be accosted by some European man, who would beg to broach a question. I have always obliged, thinking how else to know what goes on in the minds of ordinary men unless one avails himself to the free expression of their thoughts?

To this point, one might ask: What is the point in knowing what goes on in the heads of men anyways? Sure, that too needs an answer, but suffice it to say that if we take for granted that to know is to be become aware of how to relate to our fellow men, then of course it is necessary to understand the ways of ordinary men in order to elevate beyond the mundane.

Once, or twice, or perhaps even five times, I have allowed myself to be questioned, not exactly knowing the intent of the question, or not knowing what the question itself might entail or how an ordinary man might feel the need to ask a question out of the blue. In other words, I have almost always allowed myself to be questioned—there are, I think, revealing things to assess from the form, structure and cultural integrity of a question.

Every time and again, in the company of men, one European man has put to me the question: “Why are African men attracted to women with big buttocks, big boobs, and big lips and such?” Or more specifically the question has taken on a more crude, or may I say a primitive formation: “Why are Black men attracted to fat women, with fat buttocks, fat lips… fat that and fat this?”

As all civilized gentlemen who are often tasked to rephrase questions from crude men—at least in the heard, in order to comprehend them—I myself have once, twice, or perhaps even several times, been forced to rephrase questions in more civilized terms and I have always used the opportunity to put the same questions to their enquirers in return: “What you mean to ask is why African men find pulchritudinous women, with full lips, most physically attractive?”

Once the character of the question has been ascertained by rephrasing, and once I have stupefied the European man that I understand his question, I have once, or twice, or perhaps even several times, retorted with the same question, only with a few changes in the nouns: “Why are European men attracted to women with flat to no buttocks, chicken legs, flat chests, and inverted lips?”

Now, when this question is re-posed to the European in this particular manner, I have observed on all occasions, without exception, that he quickly becomes aware of the form, structure and cultural integrity of his own line of questioning a priori. He becomes aware that he did not raise an objective question and that by inverting his own question it is possible for him to quickly reflect on the question he first raised, and hence to quickly decipher a possible answer: “What kind of woman are you most physically attracted to?”

There is no one particular answer to this question. However, this does not mean general answers to such enquires do not exist. Else, what shall become of the law of averages? My point is that, yes, I together with perhaps a whole continent of men, are attracted to pulchritudinous women, with not-half, or a quarter, but, rich full lips. I am attracted to women with form and structure. Better, I am attracted to women whose hair is capable of standing upright in praise of the Sun. After all, I am a child of the Sun.

Now, this does not mean that I am incapable of becoming physically attracted to amorphous women—women without form and without much structure and perhaps even women with inverted lips. I could, theoretically, be attracted to such women. This is not the point. The question is not what I could be attracted to, but what I am attracted to. Which, on the law of averages, the enquirer-man assumes rather correctly that he has observed certain things about the African man. I am African and what is African therefore cannot, and should not, be alien to me. My point is that, it is not whether I am attracted to this or that, but since I am African, I am able to speak to the average occurrences of certain phenomena in our various societies.

At this point, let us then make the attempt to generalize the law of physical attraction. To do this, let us first identify what is considered attractive. If African men are attracted to pulchritudinous women, there are only a few places to observe this phenomenon. In fact, there are only three places: (1) By looking at African women proper, (2) By scrutinizing the male-African artistic expressions of African women and finally, (3) by observing the physical appearances of their Gods, i.e. by scrutinizing the bodies of the Female Gods, if they have any.

The first two points raised are easy to put to the test—in general, African women are plenty pulchritudinous and male artistic expressions of the African woman admit to, and objectify the pulchritudinousness of African women. This practice, in my opinion, should be applauded and commended in every part of Africa. The African male-gaze is self-evident of the kind of women African men adore!

In Vodun, for instance, which is largely untouched by the vulgarities of primitive European mythological practices, the pulchritudinousness of the African woman is worshiped throughout all representations of the female deities. However, in the growing auspices of the Christian Churches in Africa, imported via European Colonial Missionary Institutions—where the centrality of the African Goddess has been white-washed—a gross paradox persists. The third issue—the Godly representation of what it is one admires and cherishes—is what remains in Colonial Missionary Society a paradox of sexual confusion.

A problem ensues in the mind of the African man who strives for a living within a European institution. How can a people lust after pulchritudinous women and yet make for themselves an idol of the exact diametric opposite? The problem of the Christian European representation of Mary (Mother of Jesus Christ) within the mind of the African Christian man, i.e. the Metha (the more-educated-than-his-ancestors), is both debilitating and traumatic—it has infused a sense of doubt, and confusion into the sexuality and physical expression of so many such African men. How can one admit to falling to the feet of a pulchritudinous woman yet, admire, adore and worship a God whose mother has been represented to us by flat buttocks, flat chest and inverted lips?

And so this paradox, this confusion, leads quickly to the generalization of physical attraction in Colonial Africa: (1) Often times it is acquired through the natural process of traditional/cultural osmosis or (2) Other times it is forced/indoctrinated through the barrel of the gun/Bible of the European colonizer, or (3) both.

Either way, like all dirty problems, the confusion of physical attraction among the Metha in Africa begins with the Colonial Church. The way the Metha resolves this paradox in his head—instead of removing the European Church—is easy to see: (1) He proceeds to objectify the African woman for his sexual affirmation and then (2) seeks to treat the European woman, or those who look like the European Mary (Mother of Jesus Christ) and her children (European women), with utter respect. Just pay attention to how fondly Christian African men, who rule whole African nations, speak of the Queen of the midget island called England. They adore her!

We wonder why. For this reason alone, the Metha does anything for Europe. The Metha kills for Europe; he loots for the glory of Europe and he certainly dies for Europe. Why? The European woman is the Metha’s first childhood Oedipus complex, whether he wants to admit it or not. That is, instead of the natural attraction he need to feel for his African mother, during his childhood, he is rather forced to become intimately connected to the images of a European woman, presented to him as the Mother of his God.

And so the Metha leaders of Africa, i.e. the African men striving to make a living within a European institution, will die for their adopted step-mother, Mary, their faux-Oedipus complex European mother. Just take a cursory look around and see how frantically the Metha gallivants the vast terrain of Africa this month to buy gifts, bearing the images of this European woman for his children. Just look around—it is easy to see what God the Metha-men of Africa, the leaders of Africa, worship. They worship a European woman.