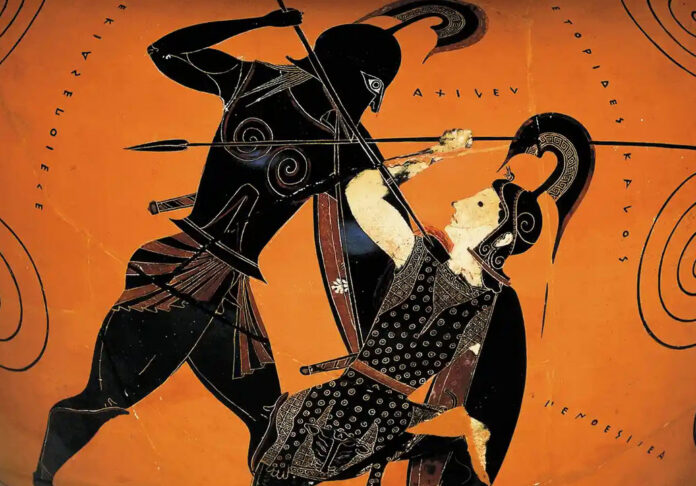 Many times the question has been asked, “Who is the Metha to whom you refer?” Is he, for instance, an animal, as in a new breed of dog, or is he a type of lizard that is autochthonous to Africa, or is he a newer version of an imported radio cassette-player never before fathomed by earthly angels?

All along, I thought that I had adequately defined the Metha, this new breed of African intellectual yet idiot, who now parades the corridors of Africa’s high political and public office, but I am stupefied that all along I was mistaken. Here I was, under the impression that I had thoroughly discussed the true meaning in the expression of the Metha, but here I was swinging terribly in all the wrong directions.

Consequently, after receiving several requests about the exact definition of the acronym the Metha, which does not seem to be fully comprehensible in the spelled-out version of the words from which the abbreviation arose, I felt the need to address the problem of definition in a clear and concise manner. This way, no confusion remains about the character and essence of the Metha, which is the newer breed of the European Colonial Clerk, and who is now gallivanting the vast terrains of Africa in the name of independence, nation-building and national sovereignty.

It is all theater. The Metha is the direct product of a new program—not unlike the former colonial clerk—who was unveiled to man the affairs of Africa after the end of the Second European Tribal War, in order to assuage the curiosity of the inhabitants of Colonial Africa about war-making and war-mongering; accordingly Africans were granted the virtual reality of freedom from their European Terrorists, who had terrorized Africa for well over three hundred years. Africans received the Independent States of Colonial Africa (TISOCA) to end the African Resistance against three hundred years of European Terrorism.

It is here that the Metha was born, and he thrives here in TISOCA like a snake of monstrous appetites. He is like a space-shifting lizard that straddles two diametrically opposite worlds. On one hand, the Metha is born of the African Village and he understands the African Village to the extent that he is able to offer his European Masters the reconnaissance they need to exploit it. And then on the other hand, he gives up his Mother, the African Village, in return for a Colonial European Missionary Education.

In other words, the Metha gives up pouring libation, and he gives up dining with his bare hands, from out of the same bowl as his family, and in return for this sacrifice he kneels at the footstool of the European Table of Terrorists, with his hands out-stretched to collect the scraps from under the table where shiny forks and knives made from actual silver are used to dice-up and chop-up African loot and African bodies, to bits, without a single word of genocide ever uttered.

The Metha, by this sacrifice, by all means becomes a product of the Colonial Missionary Educational System setup by European Terrorist Nations to train Colonial Clerks to administer the looting of African Resources and the Metha is the foot soldier who supplies the information necessary for the monstrous genocides unleashed by European nations on African soil. The Metha is the product that combines the appearance of African-ness with the sword of the blood-thirsty Euro-American Empire. The Metha is, like the Helen of Sparta or Helen of Troy in Greek mythology—take your pick, no matter—the indefatigable Trojan Horse of Africa!

Yes, the Metha is the Helen of Europe, imported of sorts into Africa, under the happy jubilation of his unsuspecting African-sibling victims; consequently he is the Helen of Africa. A Trojan Horse. He, sure, is shiny and he slithers at the seams. He glitters, yet he is not gold. His beauty a passing fad—not even adequate for an ephemeral object. He is full of ideas yet without bite. Still, the Metha is adequately more qualified than the rest, on the European books, to become president, minister of state, judge, etc., but he has no interest in public office. He has no interest in serving the African Village from which he has inherited his African body. His sole interest it to serve as Colonial Clerk for his European Terrorist Masters.

In the twenty-first century, the Metha has received an unmistakable, Colonial, European, Missionary, Liberal Education, and he has been so trained from his youth that his African body is now the ready servant of his European terrorist volition, and he does with ease and pleasure all the work of terrorism that, as a mechanism, he is capable of; his intellect is a clear, cold logic machine programed to accomplish only one task—to destroy the Africa Village and build-up what remains in the image of the European terrorists!

Indeed, like all things children do—showing off, lying, disobeying, and killing innocent caterpillars—the Metha shows off his shiny European forks and knives, he lies and loots, he disobeys the voices of his Ancestors, and he kills his innocent siblings, for nothing, but for the sense of power. Childish! Incorrigibly and irredeemably childish! But alas, will he persist, or will the African warrior rise-up to the occasion once more and deliver Mother from the snare of the fowler?