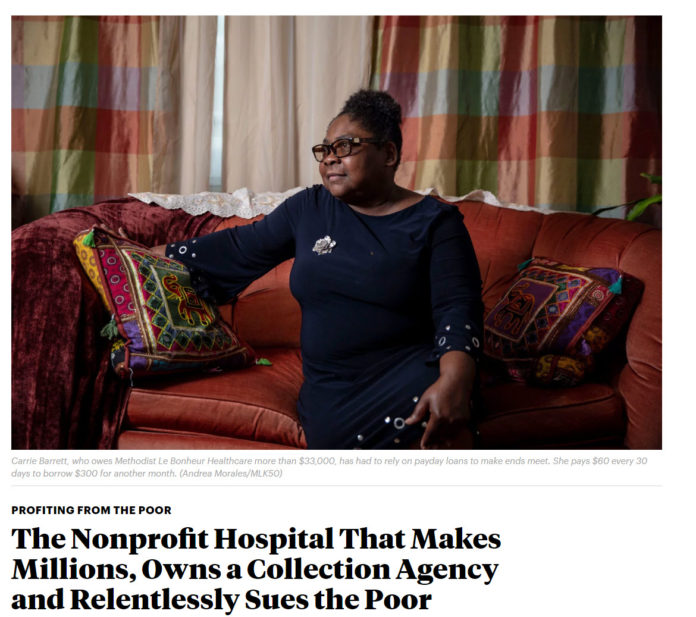 If you live in the United States of the KKK, and you’ve never visited Memphis, Tennessee, I encourage all good people to pay this town a visit and see for themselves the predatory behavior of Caucasian men of average intelligence on the vast masses of the Black population of Memphis.

One drive down Poplar Avenue, a major artery running up and down the city, will enlighten anyone of human intelligence and empathy the sheer economic, emotional and psychological violence most Blacks in the US suffer at the hands of average Caucasians: Young white women wheeling around empty Lexus LXs while young Black women wait on the public bus in the middle of a 95 degree heat after school.

Most Blacks in Memphis are paupers: this much is no different from the rest of the United States—a shame of monstrous proportions in itself. In Memphis, the reality is stark! The rich there, in Memphis, are white and most of them work in such industries like the Methodist Le Bonheur Hospital Industrial Complex that preys on the Black populations of Memphis.

The predatory behavior comes in many violent forms—in this case it comes with using government agencies, like the courts and child services to terrorize, incarcerate and force Blacks into transcendental indebtedness. Just call it Slavery 3.0. (The first one was Chattel Slavery itself; the second was Jim Crow Segregation. We are witnessing the third Reich again at work on Blacks, Slavery 3.0).

Not surprisingly, the vast masse of the white people of Memphis are not appalled, not in the very least, about the way they treat their Black citizens. They partly hate and partly despise Blacks (W.E.B. Du Bois). In fact, they double down on their Anti-Blackness in Memphis, in particular.

The truth is, Memphis is where average white people go to torment Blacks. Memphis is where failed white doctors, unqualified white care givers, underperforming white college deans and presidents, mediocre white health professionals, and a recalcitrant white healthcare industrial complex go to join in the mass incarceration of Blacks and their children first into (1) the Hospital Industrial Complex and then into (2) indebtedness from the Financial Industrial Complex of Wall Street and (3) finally the children are funneled into government foster care and the parents into the Prison Industrial Complex.

I am not going to spell it out here myself. ProPublica and MLK50 have done a wonderful job to unearth some of what I witnessed in that city, when I had the sublime chance to visit. Again, Anti-Blackness here in Memphis, like all other places under the banners of the US Federal government, is not just a phrase I throw around. I mean it. You need to see what white Americans of average intelligence (if any) do to Black people daily in order that you can appreciate and understand what Anti-Blackness truly means. Alas!