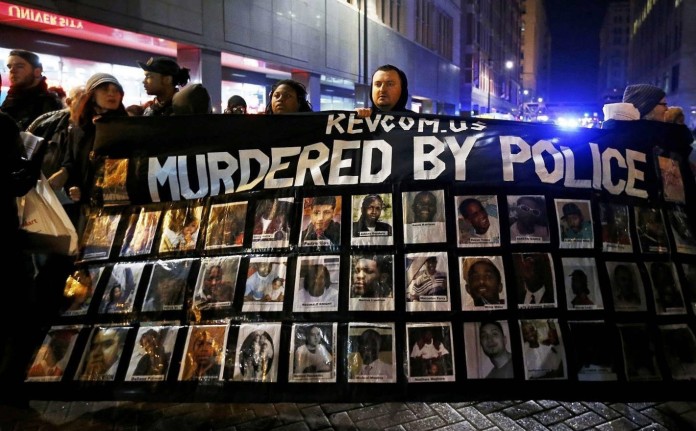 KEMBUJE, Gambia — What is the difference between a police officer (any police officer) shooting an unarmed teenager, on one hand, and on the other hand, the spilling of oil in the Gulf of Mexico by a big company like BP, for which it was punished severely by the US Government? At the core of both events is one who bears responsibility to do the right thing yet failed to do so.

Both incidents, therefore, demand justice for victims who are at the receiving end of a more powerful entity, one who is expected to know and do better because it has the opportunity to acquire the knowledge and skills to do its job better.

Since the Ferguson case, I have heard American politicians such as former New York City mayor Rudi Giuliani, one of the top Representatives of American Hypocrisy, attempting to bring in the scenario of so-called ‘Black on Black Violence’ having more toll on the African-American community than European-American police brutality against African-Americans. Like many, Giuliani has deliberately decided to ignore the fact of American history and society, which basically have been consciously built on a culture of injustice against the African-American.

Consequently, this culture of injustice has indeed caused an entire people to lack the knowledge of their history, get disconnected from their culture and feed on the way of life and ideas of a foreign culture. The African-American community has been constrained in the United States, overtly and covertly, by law and institutions through practice and force to reject itself and aim to become an Europeanised people.

This project by the European-American community is inimical to unity because unity presupposes difference. No one can unite with oneself. Unity always points to two or more different entities seeking to become one community.

Thus the popular structure of the United States as a set of laws, institutions, practices and way of life has been largely European-American in which African-Americans, despite their huge contribution to the making of the ‘United States of America’ have always been on the periphery. The act of placing them on the periphery manifests itself mainly in the indiscriminate killing of their young men in particular by the institution of the United States!

The disproportionate presence of African-American men in US jails is another case in point. The incredible disparities in literacy rates, poverty, employment and general levels of self-esteem between the African and European descendants of the US are all indications of a system of injustice upon which the US is built and nurtured.

Thus the US police force is operating on the very foundational mindset of the structure of the United States, which holds that only European-American culture and way of life is normal and all others are abnormal and dispensable. Otherwise, why would the United States Government seek justice for the victims of the BP Gulf oil spill, yet find Officer Darren Wilson totally free of any culpability for the killing of a citizen of the United States? Officer Wilson must be charged for murder!

In the very beginning of the Obama presidency, an incident took place in which Prof. Henry Louis Gates Jnr., one of the leading scholars alive in the world today, was being hassled by a European-American officer at the very home of the African-American professor! In an attempt to address the so-called race issue, Pres. Obama took the usual American Imbecility approach in which he invited both parties to a drink in a White House garden.

Thinking that this would solve this longstanding institutionalized injustice system, Obama wasted public resources over beer only for him to now witness many more of such European-American brutality against African-Americans as he prepares to leave office. What has he achieved with his Attorney General, a position occupied for the first time by an African-American?

In the current case, Rudi Giuliani, like many analysts, politicians, journalists and activists in the US continue to claim, erroneously or dishonestly or both, that there is need for the police to get to know how to deal with minorities. What absurdity?

After 238 years, should anyone in the United States therefore claim that the people of this country do not know each other? What myth should exist in the European-American community about the African-American community or vice versa after two centuries and three decades of co-existence? Certainly there is no misunderstanding between these two communities.

The only issue between them is the fact that the European-American community has refused to accept and live the spirit of unity as it is embedded in the United States of America. This is quite apparent given the overwhelming dominance of European culture and ideas and general influence in the legal, political and institutional setup of the United States which feeds into the decisions and actions of the average American citizen. If that citizen happens to be a European-American, then it means such an individual, by and large, has a clear and direct contempt for anything non-European.

For example, if the average US citizen shares in the spirit of unity in the United States, why are we not seeing a rainbow demonstration comprising all citizens? Why are we seeing only leaders from the African-American community holding public rallies? Where are the leaders from the European-American community if indeed they believed in the spirit of unity as embedded in the United States of America? Or is this a ‘Black’ thing as far as they are concerned!?

Like the rest, Obama, therefore, makes the same fundamental error: to imagine that the issue of race can be solved by one group seeking to understand another group. Instead, the solution lies in the fundamental review and redrawing of the very structure of the United States so that all cultures and communities are reflected in the laws, politics, institutions and general practice of the government.

Is it not ironic that while the United States gave the world the concept of ‘community policing’ from the New York Police Department, the United States police officers of European origin continue to commit atrocities against a particular group—yet we claim the need for better understanding, or the lack of it, with minorities! What understanding?

There is a high level of indifference, ignorance and dishonesty in the United States, which explains the level of imbecility in the nation—to such an extent that it has become an enemy unto itself.

Instead of nurturing the ideals of democracy that it claims, America instead behaves fundamentally like a ‘democratized tyranny,’ which eats itself bit by bit, even when it is unnoticed by her citizens! As it appears, America will burn itself in the manner that tyranny burns itself.

As is currently constituted, the United States stands on major fault lines, which in any case favour one group more against the other. Obama and his government can only help this situation if they seek the introduction of true justice across the board. By this, the government would need to identify all ideas and acts of bigotry and racism that feed the United States System to ensure that the United States is all-inclusive, fair and just.

Author’s Note: I have deliberately and purposefully refrained from using ‘Black’ and ‘White’ people because I think it is one of those fault lines terminologies that is ignorant, offensive, dishonest and unfair. Human beings cannot be described as colours, because humans have place of birth, history, culture and identity. I do not wish to be called ‘Black’ because I am Madi, born in Boraba in Africa from a Mandinka culture and belonging to the Jobarteh family. The colour of my skin does not define me.