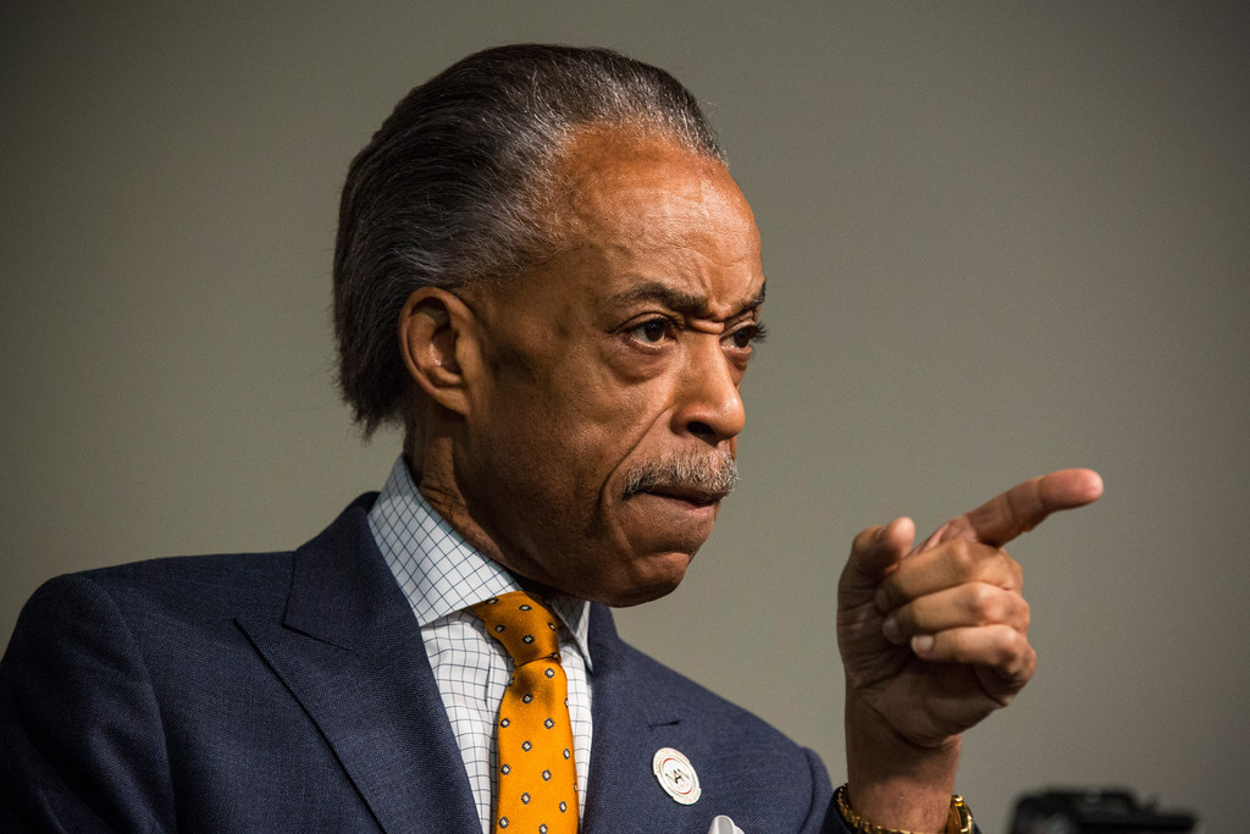 [td_text_with_title custom_title=”NYTimes” custom_title_link=”http://www.nytimes.com/2014/11/19/nyregion/questions-about-al-sharptons-finances-accompany-his-rise-in-influence.html?hp&action=click&pgtype=Homepage&module=second-column-region&region=top-news&WT.nav=top-news&_r=0″]With the tax liability outstanding, Mr. Sharpton traveled first class and collected a sizable salary, the kind of practice by nonprofit groups that the United States Treasury’s inspector general for tax administration recently characterized as “abusive,” or “potentially criminal” if the failure to turn over or collect taxes is willful.[/td_text_with_title][td_block4 category_id=”5″ limit=”3″][td_text_with_title custom_title=”NYTimes” custom_title_link=”http://www.nytimes.com/2014/11/19/nyregion/questions-about-al-sharptons-finances-accompany-his-rise-in-influence.html?hp&action=click&pgtype=Homepage&module=second-column-region&region=top-news&WT.nav=top-news&_r=0″]Problems keeping his personal and professional affairs in order have threatened Mr. Sharpton’s rise from the streets for decades.

In 1990, he was acquitted of felony charges that he stole $250,000 from his youth group. Then in 1993 he pleaded guilty to a misdemeanor for failing to file a state income tax return. Later, the authorities discovered that one of Mr. Sharpton’s for-profit companies, Raw Talent, which he used as a repository for money from speaking engagements, was also not paying taxes, a failure that continued for years.[/td_text_with_title]

NEW YORK, New York City – The New York Times article berating the Civil Rights leader Rev. Al Sharpton, is disturbing on many levels. First it is a cheap attempt to mar the reputation of an African American man who has led on many issues of equality and equal rights for disenfranchised groups in the US – that includes gays.

Second, the article comes at a time when racial tensions in the US are at their highest in recent times, following several incidences where unarmed Black men have been gunned down by white police officers/watchmen. This attempt to remove a strong voice like Al Sharpton – who continues to advocate for equal treatment of young Black men under the law – from the ongoing debate of racism under a Black president, is parochial and disingenuous, most notoriously by the New York Times.

Third, this report about Al Sharpton reneging on his responsibility as a statesman – not paying his taxes – harkens back to earlier reports in the 1980s of Al Sharpton’s financial mismanagement; which many African Americans would remember, is an old tactic used by the US government, or the CIA, to mar the reputation of African American leaders at the forefront of the Civil Rights Movement in the 1950s and 60s.  To see it continuing, and even exacerbating as the amounts he is charged for grow larger, makes many African Americans wonder if there is any merit left in requiring the Reverend to settle his financial disagreements with the Internal Revenue Service in a constructive fashion.

There is absolutely no excuse for nonpayment of taxes – not in any nation. The Volta Times desists from using the intolerable excuse that everyone does it, or that big corporations use every loophole in the book to escape taxes. That will not make Al Sharpton and his shirking of a national responsibility any easier to swallow. But Al Sharpton has only be guilty of being  a poor administrator, one who has since his rise to fame, terribly failed to hire a responsible accountant to manage his financial and business affairs.

The New York Times (NYTimes) report will undoubtedly affect Rev. Sharpton’s current work on civil rights – his advancing the course for gay marriage, equality under the law, women’s right, etc. – and this is the biggest shame. It can’t help his cause, and it can’t be easily defended by his supporters and friends, including President Obama himself who has expressed warm feelings for Al Sharpton and the positive civil rights work he continues to do across the country.

The Civil Rights Movement may not need Al Sharpton, but it benefits from an articulate, passionate voice like his. It will be a shame if his financial troubles, which are not criminal, become central to a NYTimes theme and continues to undo a long career spent helping those who need a prominent defender for their civil and human rights! Or even worse, undercut the important message he delivers.

Al Sharpton is the proverbial gift that keeps on giving for those who need little incentive to loathe and demonize African Americans. He is perhaps the perfect object of derision and a point of contact for whites in America to believe their long entrenched biases. No one should be judged by Bernie Madoff or The Duck Dynasty crowd. Each race or ethnic group has charlatans and bigots and tax cheats. The real scandal here is less Rev. Al Sharpton and more about the power brokers in corporate America including the management at Comcast (owners of NBC).

There are several misguided comments in the NYTimes report purporting to portray Al Sharpton as a wealthy man who refuses to pay his taxes. On the contrary, despite the so-called first-class flights and hotel rooms he enjoys when he travels, the article shows Al Sharpton leads a middle-class New York City life. His daughters attended a private school, but one that serves children of the upper-middle class, not the rich. The article concedes that Sharpton has gone for years without taking a salary, and has loaned money to his not-for-profit to keep it afloat.

More troubling are the payroll taxes. If there was indeed a dispute about whether people were employees or independent contractors, then the issue is more a complicated one than the simple minded approach of the NYTimes. Many small businesses and other organizations pay workers as independent contractors, and many of these entities are audited by the IRS, and workers do become reclassified.

If Sharpton is not being prosecuted, then clearly the IRS does not regard him as a criminal. More important, Al Sharpton is not refusing to pay his taxes, he is just late on them. The NYTimes article admits this much in reporting that the Reverend indeed has a payment plan setup with the IRS.

So what is the fuss?

Rev. Al Sharpton is a sincere person in his political views, that much is rare in the current racist political atmosphere that is the US. In his 2008 bid for president, it was quite clear he was the smartest candidate in all presidential debates, and the fact that such a man stood for election and lost the way he did in the US speaks more about the US tribal climate than Al Sharpton’s lack of aptitude in getting his taxes in order with the IRS.

He is perhaps a lousy manager. But he has single handedly created many nonprofits out of thin air, with backers who also have limited resources, to demand civil and human rights for all, including poor white people, in America. Al Sharpton is not a crook, even though that is how the NYTimes tries to paint him.

How about deep financial investigations on everyone who has an increased level of influence in US society? How about the Koch Brothers, John Boehner, Darrell Issa, John Roberts, and all the other GOP men, racists at hand, who have far more influence than Al Sharpton, and do nothing but continue to advocate for marginalizing Blacks, Latinos, Gays and Women? How would they stand up against the inquisition that is the NYTimes?