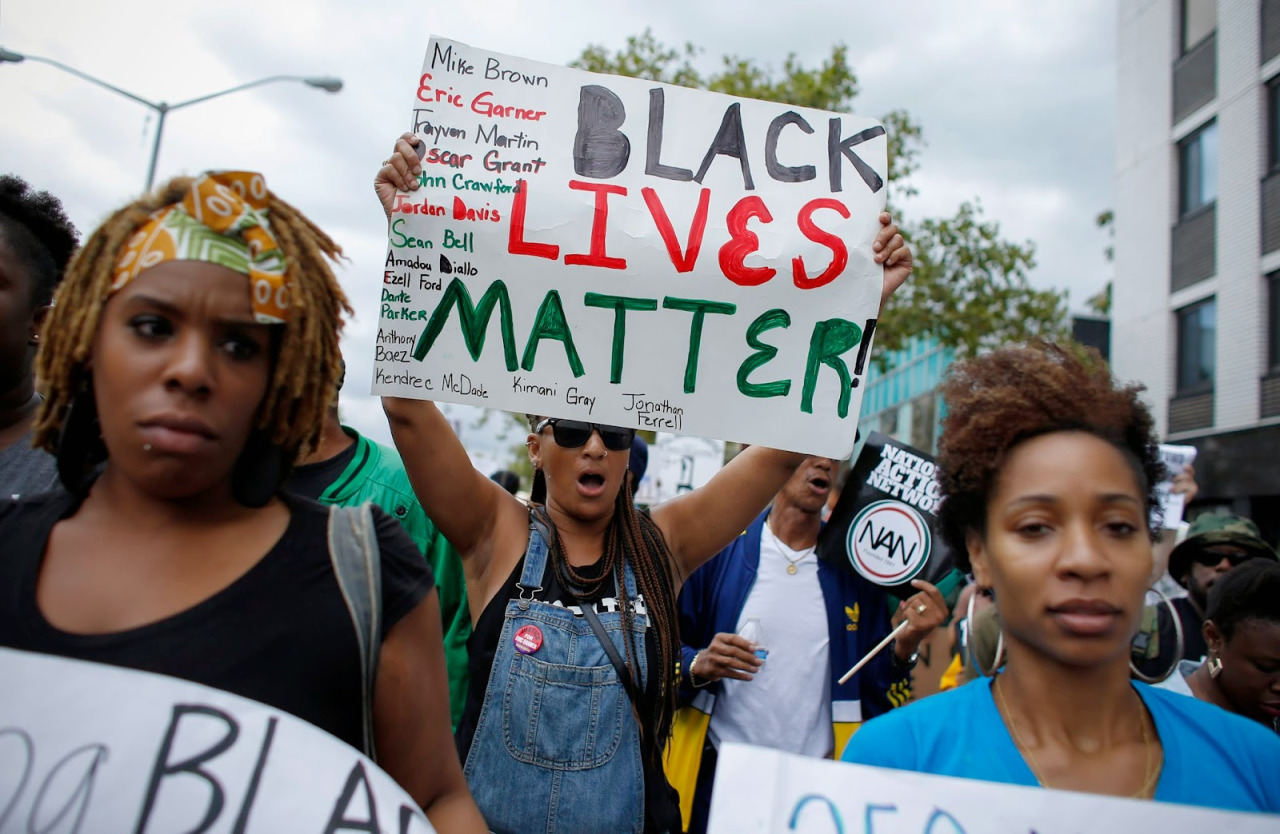 US, Oklahoma – In March 1941, US President, Franklin D. Roosevelt, received a letter from a desperate African American mother. Her son had been killed two years earlier by two white savages, his body pulled from a river near a town called Pickens in the state of Mississippi.

And for what reason? This little Black boy had been accused and summarily executed for whispering at a white woman.

“I am sending a contract in regards to the lynching of my son Willie Jack Heggard,” wrote Jane Heggard. “I have tried every way to have a trial, but no lawyer will accept the case, because a white man killed an innocent man.”

Despite her plea, it is unlikely we will ever know who killed Ms. Heggard’s son. Roosevelt’s assistant attorney general said it was up to the state of Mississippi, which apparently failed to investigate the crime at the time and continues to shield the murderers.

Like the thousands of African Americans accused of “drug possession” who were terrorized, jailed and forgotten in the 1970s, ‘80s and ’90s, Willie Jack Heggard is among America’s “disappeared,” one of thousands of African Americans who were victims of racial violence from 1930 to 1960 and victims of America’s tough on crime hypocrisy from 1970s to present.

The opportunity to capture their stories — and an important part of America’s history — is quickly vanishing as memories fade, witnesses die and evidence disappears. Time is running out to achieve some measure of justice for poor African Americans even though the spate of white violence against African Americans speeds unabated.

Slavery may have been defeated through the bravery and agency of Black Activism and dynamism in America’s first and only Civil War; Jim Crow may have been stumped by the energetic Black Civil Rights movements, and Segregation too may have been ushered out by the enthusiasm of Black intellectualism, even shown to be a mark of a tribal expression; but, the unbridled Mass Incarceration of predominantly Black men in America through the Policies of Ronald Reagan and Bill Clinton – a Republican and a Democrat – have zapped all energy and destroyed the fabric of African American communities.

Hilary Clinton, wife of Bill Clinton, who is now the front-runner for the democratic nominee for president in next year’s elections, rather quipped to Boston’s Black Lives Matter Chapter, ‘you have to come up with solutions,’ in a bid to appeal to her predominantly white-women support who want to believe that the problems of race and inequality confronting African Americans today are self-inflicted.

Hilary continued: “I don’t believe you change hearts… You’re not going to change every heart, you’re not.”

In essence, Hilary Clinton underscored that after generations, the US Federal Government may have changed, but the core remains largely racist since not all hearts can be changed.

African Americans and people who believe in humanity can look down the pile of candidates of both sides of the aisle and conclude one thing and one thing alone – no one is ready to deal with equal treatment under US law.

So, for the past seven years, some researchers traveled throughout the South to document cold cases like Willie Jack Heggard’s. Many of the documents — sworn statements, court transcripts and coroners’ reports — are still stored in dusty courthouses, but threatened by fires, floods and rodents.

Compared with the relatively robust archive on lynchings between 1882 and 1930, researchers have not fully explored the social and political costs of racial violence against people of African descent in America during the 30 years before 1960.

Neither are researchers today confronting the economic, social and political costs of the racial violence of mass incarceration against African American families.

In 2008, US Congress – under the first Black president, Barack Obama – albeit with extreme reservation, acknowledged this gap in American historical knowledge and passed the Emmett Till Unsolved Civil Rights Crime Act, named for the 14-year-old Black boy who was pulled from his bed in Mississippi on Aug. 28, 1955, tortured and thrown into the Tallahatchie River because, his accusers claim, he whistled at a white woman.

His case has not been resolved, although his killers confessed to a US magazine in exchange for $4,000. The Emmett Till act authorizes the Department of Justice to coordinate with local authorities and investigate racially motivated homicides that occurred before 1970.

The problem is, the act has not been adequately funded, and its narrow focus on viable prosecutions limits its efficacy. Many homicides can no longer be prosecuted. In some cases, the government has limited federal jurisdiction.

In others, witnesses and perpetrators have died. This year, the Department of Justice reported that it had completed just 105 investigations and three prosecutions over the past several years.

Clearly, the US federal government, if it were not racist, would have expanded the act’s focus. Even if they were largely symbolic. Prosecutions themselves are a form of truth telling, and require local governments who often ignored or sanctioned the killings of African Americans. This would invariably help re-examine America’s violent history.

In addition, prosecutions should have been considered alongside remedies like truth commissions, restitution and official apologies which would have acknowledged that these murders were part of a pattern of intimidation against entire African American communities, intended to stifle full citizenship and civil rights.

Finally, along with better funding for the Till act, President Obama, not for lack of trying, and Congress – with all its racist notoriety – could have established an initiative to collect oral histories from this period.

It wouldn’t be the first time the US federal government had undertaken a large oral history project. From 1936 to 1938, the Federal Writers’ Project conducted over 2,300 interviews with elderly former slaves.

The US Civil Liberties Act of 1988 also comes to mind. It funded oral histories and gave reparations to Japanese-Americans sent to internment camps during World War II. In 2000, Congress created the Veterans History Project so Americans could “better understand the realities of war.”

And several states — including North Carolina, Oklahoma and Florida — have already sponsored commissions on race riots before 1930 that attempted to assess the long-term impact of the murders, looting, arson and other property damage that ruined thriving African-American communities.

Some recommended monetary reparations, economic redevelopment or commemorative monuments. None of the solutions were implemented, but the work itself was a significant step forward.

Unlike the United States, some countries are confronting shameful episodes in their histories that had been intentionally ignored.

In 2007, Spain passed the Law of Historical Memory to recognize those who suffered under Franco, which has supported the exhumation of graves from that era. In June, Canada’s Truth and Reconciliation Commission called the decades-long abuse of aboriginal children in residential schools “cultural genocide.”

A full accounting of America’s past will evoke shame, pain and impulses to remember and never forget. But an acknowledgment that this legacy of racial violence still haunts African-American communities will foster a more productive conversation and would help re-engineer a twenty-first century American judicial system and perhaps generate some trust in America’s legal system.

Emmett Till, who was killed 60 years ago, is a victim whose story we know. His name endures because his mother “wanted the world to see what they did.” His memory beckons us to learn the fate of hundreds of African Americans, like Willie Jack Heggard.

But because the US federal government is racist, and will not fully fund efforts to know and name the nameless, African Americans, and perhaps with the help of African entrepreneurs, must find their disappeared ones, learn their stories and allow them to live in our history by writing profusely about them.