Home Africa The Uprising Of The Second Dimension 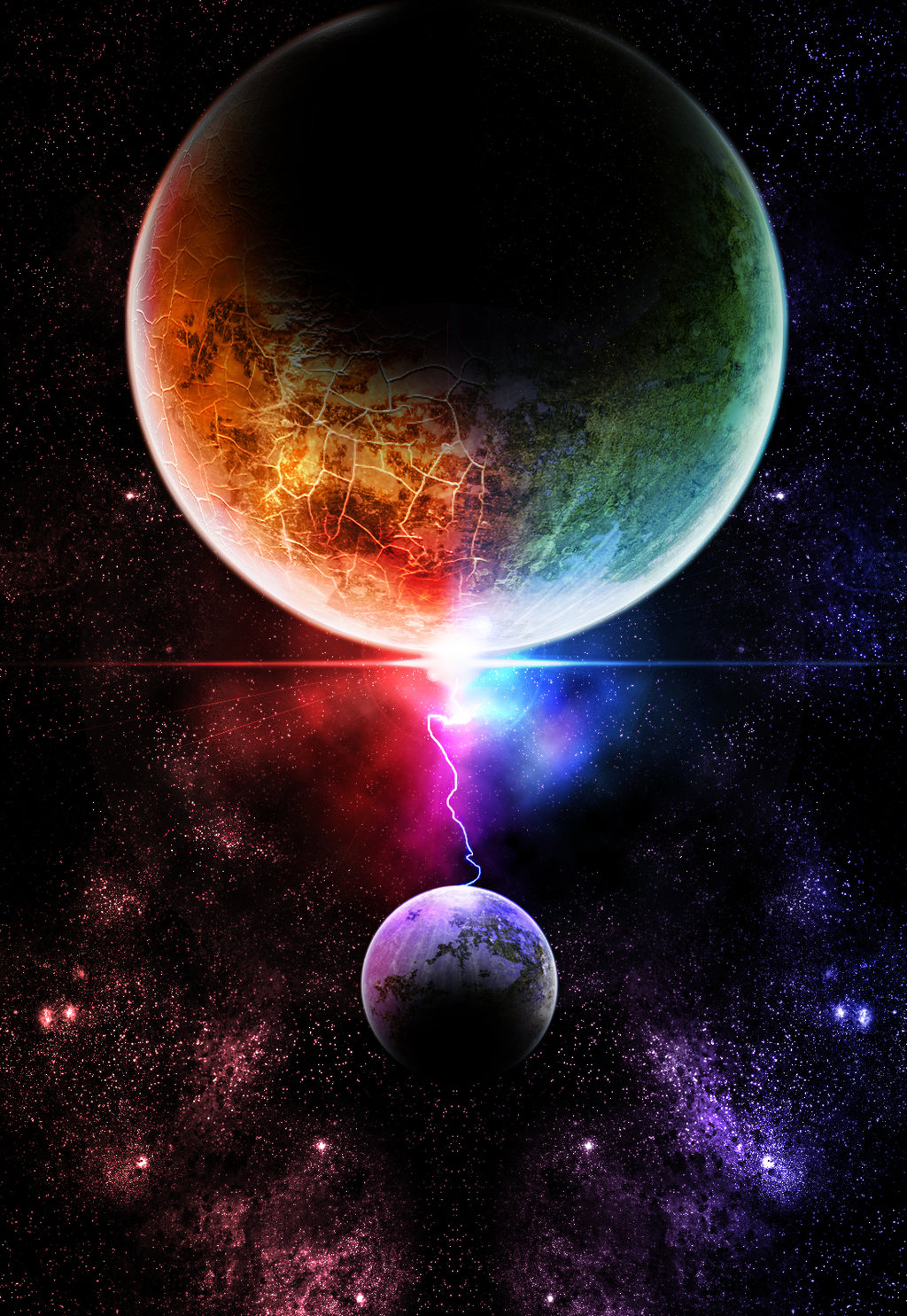 Anyways, why it started on our land, no one knows. Do you know why? I do not know. But it started on our land known as Ta Kem. Ta Kem was the first that brought order out of chaos. Out of memory, it created the symbols of memory, so that anyone who taught could read memory. Thus the third dimension could be persevered, it could be passed on. It gave depth to life, it gave self-confidence, yes self-confidence.

It seems so rare today in Ta Kem. Even Ta Kem itself seems so rare. But it happened, it was a slow process in the beginning, very few noticed it. People began to lose the third dimension. Now they could only see, left and right, front and back. They could not see up or down. Ah, up or down, up the sky- dreams, the birds, and the stars; down the earth- the gold, the diamonds, trees, and vegetation green, yes green. It is scary to just see left or right, front or back and not up or down. They became two dimensional.

How could that be? They had two hands, two legs, two eyes, not three, not four but two of everything. But still they could not see up or down. Then the catastrophe happened. No one knew where they came from, but they called them the Franks or they called themselves the Franks. Do you know why? I do not know. I do not think you also know. They carried destruction, rage and pillage. Many of our people died, some went mad, some regressed and became like children. I did not suffer that fate. I was not there. But it was bad, so bad that the old men and women who would retell the stories would cry. I would cry too. Sometimes I like to cry. It is good to cry. Do your cry too?

But many thought – maybe they were after all just two dimensional not three – that if they were three dimensional, maybe they would not have been defeated. It was a false logic! The defeat had just made them lose just of the third dimension. That was chump change. They could gain it back. They would not know that then. Only later would they know. Only later and even then it was their children or the children of their children who would know.

Thus Ta Kem became the flatland, the land of the 2-dimensionals. Everywhere else, outside Ta Kem, people still remained 3 dimensional. They fiercely guarded their third dimension. So it came to be, that everywhere a citizen of Ta Kem went, he was mocked and despised as 2-dimensional. He would be confused, he thought he had gained the third dimension in the schools established by the Franks.

But no, he was only seen as 2 dimensional and not 3. We all know 3 is bigger than 2. 2. And this humiliation, this heap of contempt was especially strong in the land of the Franks. Many of the Franks would laugh at him and say “he can’t see up, he can’t see down” or they would say “you 2 dimensional, go back to your flatland!” In desperation or sometimes in love, maybe I do not know, do you know? A citizen of Ta Kem would attempt to marry a Frank land woman. That would raise the rage of the Franks to a 100 degrees. How could someone who could not see up or down marry someone who could see up and down. How could someone who could not see dreams or the sky or diamonds dare to commune with one who could do so?

In answer, there were many such Ta Kem citizens. Some would say, I can see the third dimension as I was taught to see it in your schools, others would eat humble pie and say, I am not 2 dimensional, I am 2 + ½ of the third dimension or even more. I will be good and learn to see all of the third dimension if you would teach me. Sometimes it worked, sometimes it did not. All of this did not change anything in essence only maybe in form. No matter what they said, they were stamped with the mark of 2 dimensions. That was how it was. There was nothing the Franks would do about it. They wanted it that way.

That was how it was, when I came into being in Ta Kem. I was taught that I could see the third dimension only in the way that the Franks said one could see it and only studying the things that they approved of which would make me see the third dimension. My parents, my mum and dad. Poor them, sweet, good intentioned. They believed they were 2 dimensionals. They wanted me and my brother to gain yet still half of a dimension to be a full 3, not 2 but 3. We all know 2 is smaller than 3. I know that. I know you also know that. I believed just as they believed and studied hard.

That was when I met Aha. He would not tell me where he was from in Ta Kem, what had happened to him. He said he used to have many names but now he had only one name Aha. His search for the third dimension had led him to Aha a name of the first king of the first dynasty when our ancestors at the beginning of Ta Kem created order out of chaos, shaped memory with symbols out of shapeless memory. This is why my friend called himself Aha? Did you know that? No, I don’t think so. But I told you. So you now know. It is a lesson for you. You now know a particle of the third dimension.

Aha was smart. He was a genius. He hid in his smile an ocean of pain. He had just being like me. He had come to the Land of the Franks for the initiation into the third dimension. Then the Franks had gone to work. He had almost being destroyed. There were times when their attacks seemed successful and he had lost the big fraction of the third dimension which he thought he had acquired from the Franks. Then there were times when he would even lose the second dimension, then he could only see front or back not even left or right. Sometimes in despair, he would even have only half a dimension remaining, he could only see front or back not both. In those times, he contemplated killing himself. But something happened and Aha recovered. Now he was 2dimensional and he could also see the fourth dimension.

I and Aha would talk. We would reflect on many things. I remember one such day. The Sun god was shooting forth its last tongues of flames across the evening sky in daily battle with the night god which it would always lose when dusk would settle. We were walking down the hill away from the crown of the hill that stood guard over the town where we then lived. Aha said; Among the Franks, their Establishment, those in the Establishment are pure evil, evil. They are a category of evil not all of evil but a category of it, an important category of it. They had stolen and destroyed the third dimension of our people. They had created a plane of illusion which they would intersect with their own third dimension and put us on that plane like puny little rabbits. If any of us would realize the stupidity of that plane of illusion and try to break free of it, they would in their rage try to destroy your awakening consciousness – your growing third dimension.

The Franks could not understand why you wanted to have a third dimension. They would try to push you back onto the plane of illusion or even worse destroy your second dimension sometimes also the first, so that you became zero dimensional.

Most of the masses of the Franks were like zombies. They were fed only three things, beer, football and the slogan “We are Three Dimensional, Ta Kem People – Two Dimensional”. But then I remarked, some of the Franks are normal, they wish us well in our fight for dignity, our fight for our third dimension. Aha said, yes that is true. But their Establishment is not normal. They are humanstrosities. I asked Aha what that meant. He told me it was a cross between a human and a monstrosity. I laughed. Aha looked at me and also laughed. I liked the new word humanstrosity. We walked back into town. The night god had won. 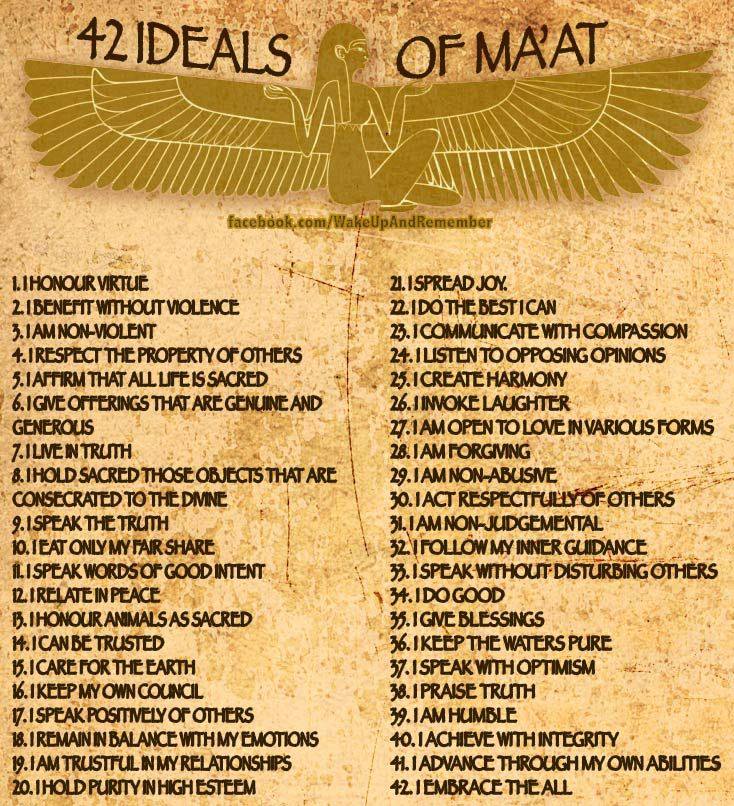 The next day, we will go into battle. The Establishment of the Franks are ready. Some of our 2 dimensionals, traitors of Ta Kem are on the side of The Establishment of the Franks and have told them our plans. I hear they gave them green honey for their betrayal. I have never seen green honey. Some have seen it. They say when you look into it, you will see a fake Eye of Horus and a fake Pyramid. But we are not afraid. We have Maat on our side. Maat is greater than their green honey even when it is at its sweetest. The uprising will begin at dawn. I am ready. Aha is ready. Are you ready?

Tomorrow at dawn, we will either perish or we will reclaim our third dimension. And the age of Maat will begin in Ta Kem. There is no other way. I know that. Do you know that? Will you be by my side at dawn when the order of battle is given? I will be waiting for you not just me but also The Organization.