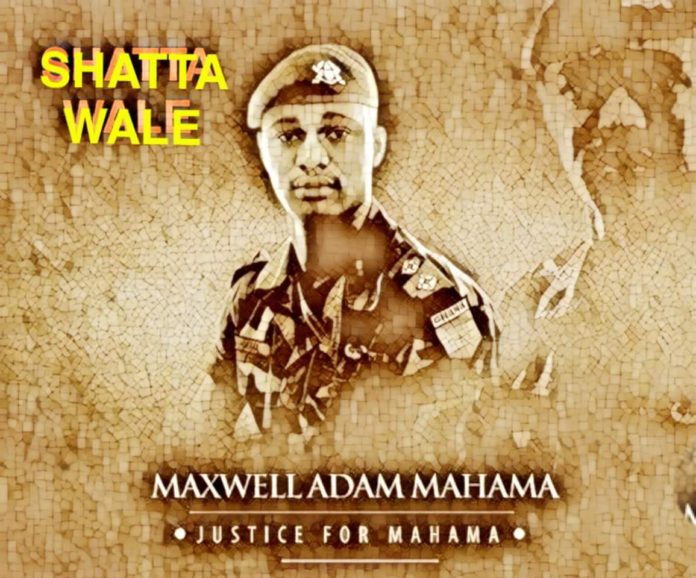 Now that he’s buried, no one can even insult the dead if they tried. So, let’s get to the bottom of the whole story.

According to official sources at the Criminal Investigation Department (CID), the late captain/major met his untimely death while checking ‘Galamsey activities at Diaso in the Upper Denkyira District of the Central Region.’ He was lynched by a mob from Denkyiraboase, a village in the district.

Sources that are loyal to me have confirmed a most terrifying belief, which I have held for weeks. Major Mahama is sadly the victim of government malfeasance and Ghana Armed Forces gross negligence. Not the result of mob violence or village ignorance.

Two facts: (1) He was sent to man a military-cum-civilian-police station of no more than seven soldiers while he was a captain/major. Never done! That is a corporal’s job! (2) Prior to his killing, four soldiers from the same station had been ambushed in Denkyiraboase, but who had managed to escape. These soldiers left for Accra to report the incident to their head offices, but they were summarily reprimanded in military Guardrooms for running away from civilians! As if they were supposed to kill their own citizens!

These two facts point to a long running feud between the soldiers and the local community of Denkyiraboase. Mainly, galamsey had long been the only way folks in the town made a decent living. Since the introduction of Small Scale Mining (foreign galamsey, machine-ful, galamsey by another name!) and the demonizing (or criminalizing of local galamsey, machine-less), with its SSM licenses only given to Chinese and other foreigners, Denkyiraboase folks had been unable to fend for themselves. Soldiers from Major Mahama’s station stood between the village and their livelihoods.

You cannot prevent a village from eating. They will stake their lives on it. The alternative facts, or fake news about witches and wizards, and retarded superstitious traditionalist mobs who hunted down a peaceful soldier (an oxymoron) only serves to deflect blame. The Ghana Armed Forces, which is the new government police force for enforcing foreign company galamsey licenses, was forewarned with an ambush by local traditionalist militia, and yet, as always the superiors, including the President and the Chief of Defense Staff, dropped the ball in Major Mahama’s face. He was killed by a rational mob angry from hunger, and not necessarily at him! A face-to-face battle between two non-communicating parts of a nation always ensue when issues are left unresolved long enough.

The facts. So-called rational men and women, supposedly without superstition, the more educated than his Ancestors, the Metha, failed Major Mahama, not a tiny village in the Central Region. These more educated than his Ancestors, the elite of Ghana, the Metha, fail all Ghanaians every single day. Major Mahama wasn’t the first, nor would he sadly remain the last! As I write the Ghana Armed Forces has taken over some traditional people’s farmlands in the Volta Region, threatening to build another military station, as a solution to a long standing feud between two traditional areas! Logical enough?

So much rationality for how the more educated than his Ancestors, the Metha, actually attempts to solve problems in Ghana! The fact!