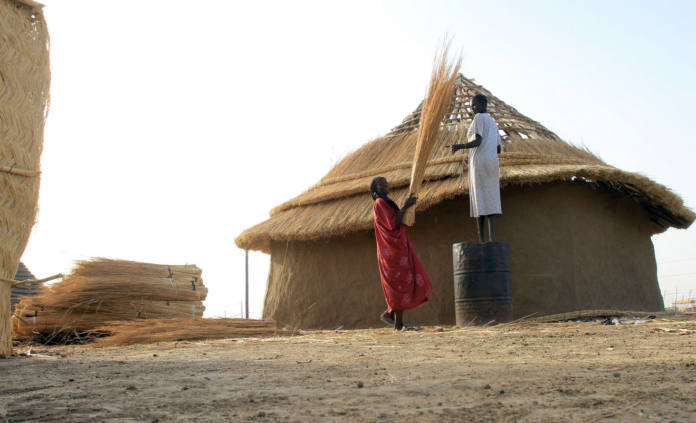 The other day, my cousin, Kajago, who lived deep within the capital, Accra, came over to my compound home on the outskirts of Ntoaboma. Kajago was on a short visit. He had spent well over fifteen odd hours on the road, traveling from his Cantonments home, near Abelemkpe in Ga proper, to these distant parts of the Motherland, which for just under two decades ago was arguably one of the thickest rain-forests one could find anywhere in Ghana.

(Thanks to Galamsey and the machinations of the greedy-thirst for mahogany-wood floors around the western world, much of Ntoaboma’s forests are dead).

Ntoaboma had it all—the forest! Yet, those of us in Ntoaboma who knew Kajago well, had this feeling that he thought that in his little military encampment—which is what Cantonments would have become had the British Colonial Terrorists had their way with the Gold Coast—that he had it all in Cantonments, Accra.

I understood Kajago in a sense: After all, if one lived in a single family home that one could easily sell for anything between a million American dollars and two of the same, one could envision a bright retirement on the other side of life—a life filled with all manner of wants. By bright, I mean one could go anywhere in the world and have a wonderful time.

Why would anyone put his vehicle at such risks, month after month, year after year? Legend, at least in Ntoaboma, had it that Ntoaboma is where even the legendary Toyota Land Cruisers come and die with the possibility of no return. We had enough of these Toyota carcasses spread across the vast terrain of Ntoaboma.

And so for me, Kajago’s travels at some point intrigued me, but then at some point they demanded my attention. I gave Kajago my courteous consideration, and I categorically accepted his call to see me. He was looking for the best man to roof his new cement-block monstrosity, which he had erected on his grandfather’s land against the advice of the village elders.

My point is not about his hard-headedness. Kajago wanted the best roofer he could find in Ntoaboma. I asked him why he wouldn’t bring one from Accra? He ignored the question. We both knew not very many carpenters from Abelemkpe will survive the mosquitoes of Ntoaboma. One bite, and I think we’d have another problem altogether—that had nothing to do with architecture—to resolve.

I asked Kajago to go and observe the work of three men I had recommended to him. These men had their own approaches to roofing a house. He would pick whoever he liked. Two months later Kajago came to thank me for those recommendations. I was surprised by his kindness. He brought with him his personal aide, a physician, who Kajago had employed to travel with him to Ntoaboma to give us vaccine shots in this far-away place.

Nice gesture. I had still yet to resolve my conundrum with Kajago’s remarkable trips from Cantonments-Accra, to Ntoaboma almost every month, year after year. And so I asked my dear cousin Kajago: “And so who are the other two physicians, who do things a little differently, who have different approaches to the same problem, who we can interrogate to ascertain whether we ought to acquiesce and take this doctor’s vaccine or not?”

“All doctors agree on the same thing.” Kajago retorted. He was even flabbergasted that his kind gesture to the village of Ntoaboma, and especially to me, was being questioned.

So I calmed him down: “When you said you wanted a roofer, I gave you three men who approached roofing differently. I gave you an expert in thatch-roofing, an expert in slate tile roofing and an expert in iron-sheet roofing. And you made a choice—one that was good enough for you. Didn’t matter what the other two experts you didn’t pick said about their expertise or “truth” about how to properly roof a house? Or did it?”

Kajago nodded. You see, Kajago is a brilliant man, it never occurred to him that the same choices he made to protect his family by picking the best possible roofing solution for his house was equally applicable to my choice of taking this or that medication for a certain disease in the air. Kajago then poked: “What if a storm is coming, and the only choice you have to roof your house is the thatch roofer? What then? Will you not roof your house because you still need to speak with other kinds of roofers?”

“More,” he continued, “what if there are other people below your floor, who roofed their floor with concrete so you are able to live on top of them, and these responsible people are waiting for you to roof your floor? Will you refuse roofing your floor with thatch, at least, or will you wait until the storm comes in and floods everyone?”

I told you Kajago was brilliant! You simply don’t make it in Ghana to live in such an unctuous joint like Cantonments without exercising some brain cells a little. I considered his question deeply and I served him with the straightforward answer, or rather another question: “Would it be fair if I requested that I hear from other storm readers what they actually thought about your predicted, beckoning storm—whether they agreed with you, at all, that there was an impending storm?”

You see, the age-old tactic of dismissing useful critique is to fear-monger. Spreading paranoia. Fear mongering about storms, for instance, is an appeal to emotion. It is meant to put you in a fictitious, yet emotional, situation in which you have no choice, yet you think you are making a rational choice! This is exactly how fear-mongering works—it takes away the choice by creating a scenario in which the thinker has no choice at all. Many critics take the bite, they become circumspect about their own criticisms of a thing to the point that they give up entirely.

Kajago is a brilliant cousin of mine, but he is not the creator of the Sun and the Moon. He, like all men, suffer—if even just briefly, lapses in rational thinking and judgment.

Else, why would a man that brilliant be so careful about what to do for a roof at their new replaceable house in Ntoaboma, and then turn around and be lackadaisical about a certain organization’s claim about what he needs to inject into his own irreplaceable, irredeemable, priceless body? If human beings weren’t so fallible, how else could such a brilliant man contradict himself in such a short space of time?