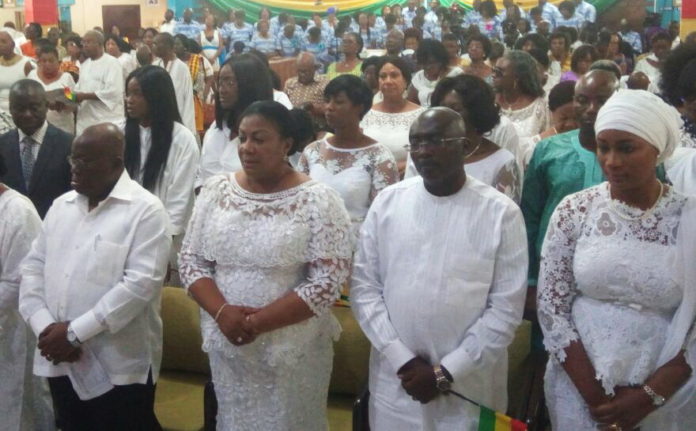 The reality of the Christianization of Ghana is not without rationale. Almost every school, and almost every educational institution is a Missionary setup. In addition, almost all government institutions are colonial setups. Put together, the colonial missionary education that almost all Ghanaians receive, coupled with their initiation into colonial government institutions enforces the reality that almost all “educated” Ghanaians are de facto Christians. That is, they can recite the Lord’s Prayer, and perhaps also recite the Apostle’s Creed. They know what the Bible is, and perhaps they can also recite a few verses here and there as tokens of their “salvation” from the presumed “decadence” of their African origins.

The fact is, it is not that Ghanaians have become more religious. This nation is comprised of ethnic peoples whose foremothers have been more religious in the past—one can argue. Take for instance the Ewes. A hundred years ago, one would be remiss to find a compound home in an Ewe village that wasn’t dotted by a prominent Legba (Amaga in Ga) to whom libations were regularly poured. More, one could equally be flabbergasted if one combed through an Ewe man’s bed, just 60 years ago, and did not find something he had inherited from his granduncle for protection.

Whatever it was, the Ewe man was certainly more religious then than he is now, now that he has become Christianized. What? You would be stupefied to find Jesus’s cross in a Christian Ewe man’s bed today let alone an Apostle’s index finger bone under his bed. The best one could find in an actual search is a picture of a Caucasian man masqueraded as the image of the Christ on the walls of the living room of a Christian Ewe home. The Ewes are certainly less religious today than they were just 60 years ago. What they have become is more Christian. Even Agbadza performances now have Christian songs about Jesus and several interludes of dreams of heaven. That reality of Jesus dancing Agbadza would be foolish just one hundred years ago.

The Ewes are more Christian today than one hundred years ago. That is fact. The same is true for all ethnicities of the nation. Today, the Asantehene of the Asantes, who is an Anglican man, a Christian man, still sits on a Gold Stool charmed from the Heavens by an Anlo traditional Priest. (This part about the Anlo origins of the man, Komfo Anokye, and the story of the charm itself remain contentious, but still.) The case can be made that Ghanaians are certainly not more religious, only more Christianized.

And so what? Well, the reason the idea of the pervasive extent of our Christianization has become obvious is the ensuing paradox of the vicious cycle of our under-industrialization. Vodun nations, at least the way that the Missionary Colonialists have taught it, will industrialize the quicker they accept Jesus. So Ghanaians by and large accepted Jesus and his Church, receiving the ideas of missionary work in Africa with glee from their colonial terrorists.

Yet, young people have no work today. One hundred years ago, they did. (An argument can be made about whether farming/fishing is actual work or whether sitting at a desk pushing paper as a colonial clerk in an air-conditioned room, paid for by farmers/fishermen, is the actual definition of work, or not, but still.) The case can be made that young men and women had actual work before the arrival of the colonial terrorists. And that the promises of colonial terrorists of forging Ghanaians first into Christians, and then into industrialized organisms daily ploughing their trades in air-conditioned buildings have not materialized. Do Christian nations become industrialized? Perhaps not. Perhaps the reality sits in another kind of pudding unbeknownst to, and unavailable to those who do not question or scrutinize the true intentions of colonial terrorism.

Perhaps, more to the issue is the reality of Japan and China. Japan by all calculation is a Vodun nation. The Japanese are truly very religious, but not Christianized. The Chinese do not believe in God. Or do they? The Chinese have spirituality, which is another issue. Suffice it to say though that the Chinese are religious, although few claim they are Christians. The Abu Dhabians are Muslims, the Qatarians are Muslims, and the Turks, also Muslims. The Russians and the Norwegians are Christians.

Muddy, that’s what! The issue of resolving the Ghanaian paradox as deep as becoming Christian and industrializing quickly is muddy. What remains is that those who have swallowed hook and sinker the whole toilet and the bathwater of colonial terrorists, in missionary education, fail to understand that the whole point of colonial terrorism is to convince the victims that terrorism is good for them. But it is not. Terrorism is bad, irrespective of who practices it. The victims remain victims, probably forever convinced that if they can enrich the terrorists they too can become like their terrorists one day. Which is false.

And so Ghana is caught up in a conundrum, and they remain victims only to colonial terrorism. Yet Ghanaians would rather comb through their bedrooms, and under their beds to find a culprit there—either the cross, or the index finger bone of their great-grandfather. Ghanaians will proceed to fool themselves that it is the Legba, the Amaga, the Cross, the Blood, the Calabash, the Akpeteshie, which is the problem. Not the man behind the door. Not the colonial man ever speaking gibberish into his ears.

The Ghanaian is bamboozled. His bamboozlement is left on all those who see. And so he remains flabbergasted by its putrid persistence. But alas! The devil sits right behind the idle brains of those who cannot find work. And that is the problem of the twenty-first century Ghanaian. He doesn’t understand that his unemployment is due to the terrorism on his own land by the colonialists.