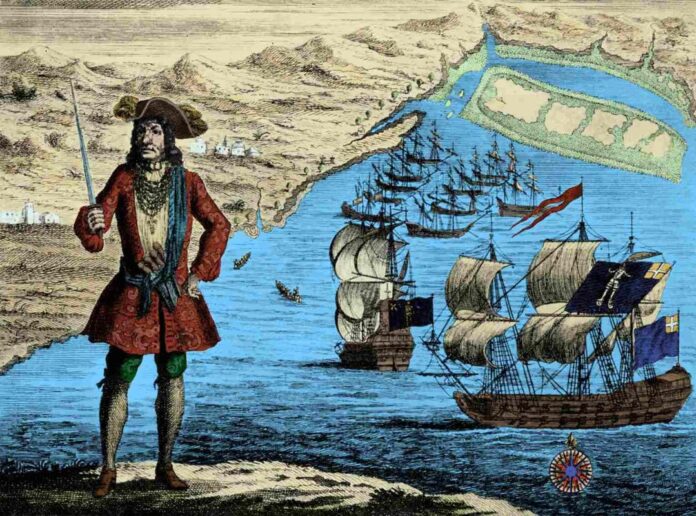 The Temples of Thieves: Or The Discombobulation of their Victims.

And so, these thieves organized boat building sites. They gathered large numbers of thieves and eventually they built some large seafaring boats. More, they figured out how to build fast boats, boats with giant-fucking guns shooting out of the sides, boats with hulls so big they could carry large amounts of loot and they also figured out new technology to maneuver these boats faster than anything else on the seas.

And so while people busied themselves with the day-to-day drudgery of building boats for fishing and for travel, these thieves built pirate ships that could plunder the wealth of travelers; ships that could loot the belongings of seafarers and seize the catch of fishermen on the high seas.

These thieves and their thieving offspring eventually built all sorts of empires. None great, none wealthy, but all of them, very rich, from their loot.

And so as time went on, and as time passed, the children of the victims of thievery discombobulated about their decrepit outcomes. They could not become rich – not as rich as the empires of thieves. They decided to speak with the Warrior Philosophers from an old clan, the Narmer Dynasty, to ascertain the deeper workings of their cognitive dissonance with reality.

And so the warriors of the Narmer Dynasty reached out to the victims of thieves: “To get the outcome you seek, you must first understand what you have become – a victim of thieves. You must first understand how you got here and the solution to your unequal outcomes will become clear. Go away, and never come back to this Temple until you have understood what it is you have become – a victim of thieves.”

And so the victims of thieves left the temples, and they have yet to return to the temple of the warriors.