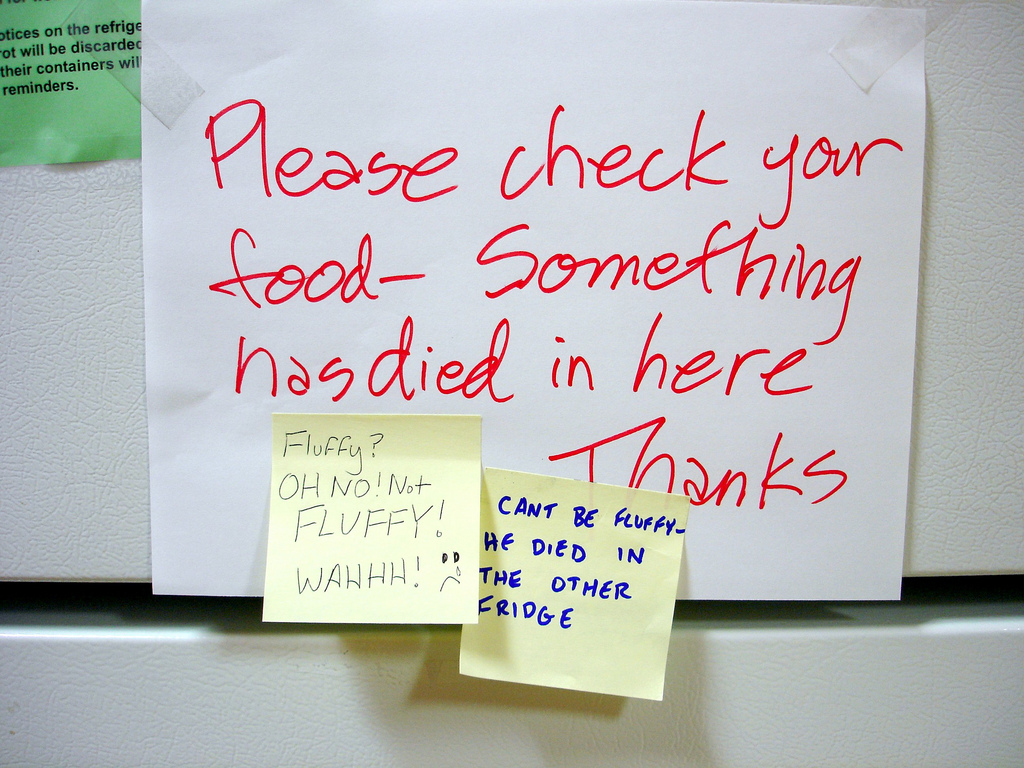 BEIJING, China — Especially if you reside in a large metropolitan area, it is a troubling reality that most of the food you eat endures a longer daily commute than you do.

The journey of food from farms and seas to dinner plates starts long before you rise for morning. Its voyage on the cold chain is made possible by the invention of moving cold storage facilities, on trucks and planes, and stationary ones in your very own kitchen.

In countries like the United States, a absurdly high 70 percent of food, or more, passes through a cold chain before arriving to the local marketplace.

Typically, inventions are well meaning, starting out with good intentions even if their byproducts turn out to be unintentionally injurious. In this manner, refrigeration has worked wonders but its persistent problems for the state of the environment remain a concern of global proportions.

First is the issue of waste.

Since refrigeration has become widespread, the sizes of refrigerators have increased. And that means even larger amounts of waste have accumulated.

Consumers, thinking they will stash something away for later in the refrigerator, often buy more than they would otherwise and don’t usually eat.

Refrigeration doesn’t reduce food waste; it only changes the time when waste occurs. Rather than food rotting while it is with the producer, it instead perishes at the hands of the consumer.

In the United States, an astounding 40 percent of food is wasted. In fact, its garbage dumps receive more nutrients than most bodies.

The refrigerator is the new trashcan, albeit a colder and less smelly version.

Foods undergo a survival of the fittest in which only the best equipped to withstand the long journey on the cold chain stock our shelves.

This unnatural selection reduces the variety of foods, as farmers grow foods that can be refrigerated best rather than what is seasonal.

Not surprisingly, refrigeration contributes immensely to the universal problem of the 21st century (and many centuries yet to come): global warming.

Cooling accounts for around 15 percent of worldwide electricity consumption. Heating the planet just 2 degrees can have detrimental effects on its terrain, ocean waters, and chemical compositions. Increasing refrigeration escalates this mounting concern at a frightening rate.

Countries like the United States vehemently support anti-refrigeration; that is, when it scrutinizes another nation’s consumption, but not its own.

It points the finger at China with half-baked statistics like China’s refrigerator ownership for urban families increased from 7 percent in 1995 to 95 percent in 2007—even the crudest social scientist would wonder why it would solely present data on urban families but not include rural families.

Of course anti-refrigeration is not in the interest of refrigeration companies or people whose lives and feeding their families depend upon the cold chain.

It is also not in the interest of the increasing number of American food brands, which are made in China. Or the U.S. firms that cooperate with Chinese firms to contribute to their respective processed food markets.

In the West, homes are allowed and even expected to have a refrigerator, sometimes even two or three. The vast majority of people in the West do not desire a return to subsistence agriculture.

Chinese people desire refrigeration for the same reasons that residents of these countries have it. But they should not be privy to analogous entitlements—to cruise down the path of specious allure attached to the mirage of development, luxury, and progress.

The West is that troubled beast that fails to see its own shadow.

Excessive refrigeration is a global problem that is squarely dependent on those who refrigerate the most to reconsider their energy consumption.

The reality is clear: if everyone consumed and used refrigeration in equal measure and scale of Americans’ usage, the result would be an environmental catastrophe.

The wasteful lifestyles of consumption and energy expenditures of the West have driven the world’s citizens into the impending disaster of global warming. It must curtail its ways of living for the sake of the environment and drag us morally out of danger, rather than perilously further in.

One must look no further than the Global South and its ancient and present inhabitants, to find a resolution.

In too many parts of the world, there seems to be not enough nostalgia for the good ole days when food was grown locally in small family or community gardens, when chickens traveled from your backyard to your stove top in a matter of minutes and without requiring a safety belt.

High-rise apartments where people live on top of one another and obtain all of their food from grocery stores have usurped traditional ways of living and growing food.

Refrigeration should be minimal, if at all. It would greatly benefit the entire world if small retro refrigerators returned to the forefront of home decor. They would have a much lower impact on the earth and its climate compared to their mammoth double-door cousins.

Using vacant city lands to have farms would help decrease the food travel time and enable consumers to eat fresh food. It would also have the added environmental benefit of reducing carbon dioxide emissions released in the cooling process.

It’s time for our Western neighbors to sharpen their No. 2 pencils and take notes. But not for the SAT or any college entrance exam.

It’s time to inscribe the practices of MAAT, of Ancient African philosophy, religion, and even science.

Commit her principles to memory, by rote memorization, if you wish.

Treat the earth not as a vessel, but as a cherished balance that should not be upset. Honor and respect the earth and the fruits that she so generously bears.

Quite frankly, we cannot afford more countries moving toward a straw man model of living.

Arresting climate change is of the utmost importance.

Even if it’s too late to stop it, at least the history books would reflect that this generation cared enough to try.