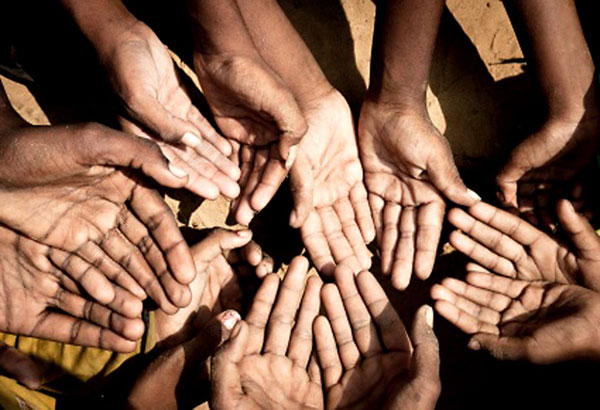 The rich have lavish furnishings, gatherings, and lifestyles. All eyes worship them and their possessions.

The poor have the opposite fate. With little or no money, the poor lack the minimum finances to attain the normal level of comforts held by most members of a society.

Frantz Fanon imagined a revolving society where after a violent uprising “the last shall be first” and the first last.

Although many of the poor have little hope, besides prospect that their children will experience more fortunate lives, presumably if the rich don’t have enough children, the poor kids will take over the world eventually.

And their rise will follow with history repeating itself, with the noveau rich repeating the same mistakes as the old and the noveau poor climbing back to the former pedestal of their distant forefathers.

For now, the precise conditions of the poor vary considerably depending upon their geographic location.

In some countries, the poor might be poor, but they are not without dignity. The poor in these nations have no money, but they also have little need for money.

They are able to work in farms, fish in oceans and local waters, and pick fruits from trees. They sew their own clothes and barter at the marketplace for items which they cannot self-produce. They reside in humble dwellings.

They are not at a loss for food, clothing, or shelter.

In other countries, the poor are destitute, normally as a result of a process of colonization that has taken place or currently persists.

Colonization, whether by internal or external forces, has dehumanizing effects on the poor. It strips them of their ability to embody the essence of what it means to be human.

Deprived of the basic necessities of life—the right to eat, be clothed, and have a roof over their heads–denied live, liberty, and the pursuit of happiness, this group of poor become paupers and beggars.

In the societies in which they inhabit, money is the lynchpin of existence. Governments and private companies control community rivers and lands, closing off opportunities for citizens to fish and farm for food.

Isolated from the usual way that humans in traditional societies go about creating a living, the poor in these societies must find low wage work to fulfill basic needs.

Without money, they are left with no means to begin eking out a living.

Without money, they cannot survive.

Understanding the plight of poor requires knowledge of the variations that exist between the poor of different countries.

We cannot so easily liken the poor in one region to the poor in another. We cannot say that they have the same experiences, are oppressed by the same forces, or endure identical disadvantage.

Lacking the details of the specific cultural context, one can easily commit the error or mistaking one group of poor for another.

And in doing so, we fallaciously mask the reality that the poor here and there are remarkably different.