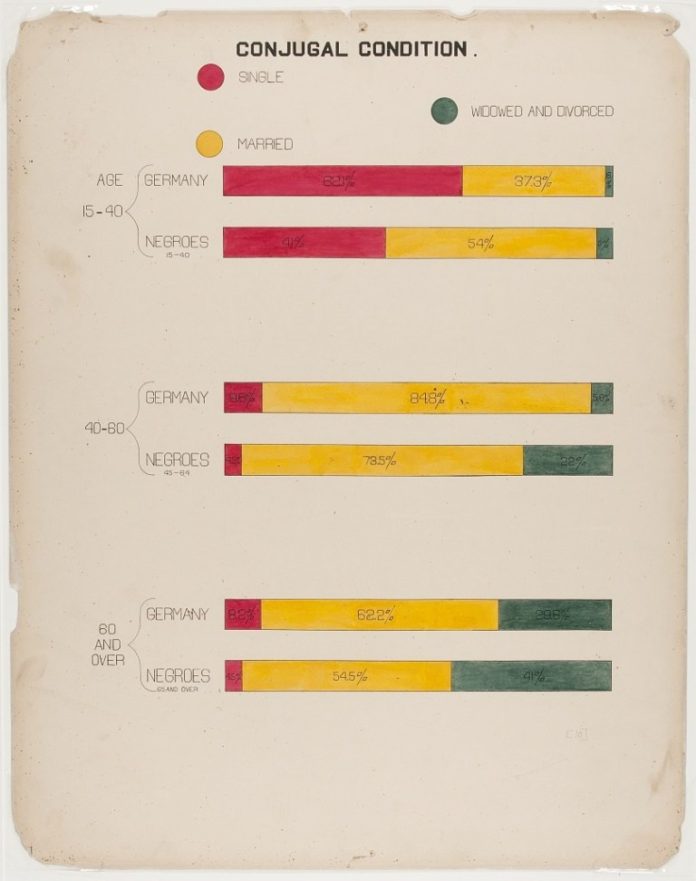 To be single is not a crime. Yet, for more than two centuries, almost all white American media treated unmarried Black people, or Black communities of supposed “low rates of marriage,” as deviant, unstable, unfit and even ungodly and incapable of raising proper children. (Of course the mime has changed tune in the twenty-first century as white American marital rates have dipped in full view).

(A long time ago, I challenged one mis-educated scholar who claimed he lived in London with this essay, attempting to educate him on the terrorist propaganda about Blacks in America) but he didn’t listen).

I am not here to investigate whether marriage (or the married) has a positive or detrimental impact on children, and thus society in general, or not. What I am interested in is how much white supremacist propaganda was invested against Blacks in America to portray Black marriage as nonexistent and hence to portray Black families as deviant, ungodly creations of God–one of the reasons that whites-only American institutions made-up to maintain their violent exploitation of Blacks.

You cannot possibly trust scientific research from those who have enslaved other humans for hundreds of years and justified that violent exploitation of human beings through scientific pontification. I don’t trust research by whites-only institutions. I cannot. Doing it will be statistically stupid since the statistical interpolation does not justify any extrapolation of white-only generated “facts.”

So here, take a look at (image above) work by the Atlanta University of the 1900s (of which W. E. B. Du Bois was a Professor), showing that marriage was rather high among Blacks during the time, even higher than rates of marriage in all of Germany (an European country). Of course the reason the Atlanta University had to compare Black conjugal (marriage) demographic data in America with that of Germany’s was for two reasons: (1) white American data could literally not be trusted, and (2) Germany was then literally racially Caucasian.

The result: The Germans married less than Blacks in America. The idea then that only marriage leads to raising a proper family went burst! (Of course white America ignored the facts since those facts went against their belief system about why Blacks had to be blamed for their plight under white supremacism in America.)

The idea that Black women “like to be single,” or that “Black men are irresponsible,” (what some refer to as Baby Mama drama) and that marriage was non-existent in Black communities, has always been as false as the racist machines that produced the propaganda and justified them as causes for socioeconomic deprivation in Black America.

The intent for generating and cooking up such propaganda about Blacks in America by white supremacists and the whites-only institutions of America has been to find rationals for their racists theory that Caucasians are better than Blacks; that whites marry, Blacks don’t; that whites raise proper families, Blacks don’t. Of course, all that was false. (Look at the Caucasians in Germany!). The intent, however, was to find justification for blaming Blacks for their plight under the terrorist-Caucasian regime in America.

In the end, one cannot trust institutions of pirates, of primitive accumulators and of nonhuman capitalists. “Fool me once; shame on you. You fool me, you can’t get fooled again.” (by President Bush, a former mis-educated white American president.) Of course the actual saying is: Fool me once, shame on you; fool me twice, shame on me! Don’t remain statistically stupid in the face of terrorism.