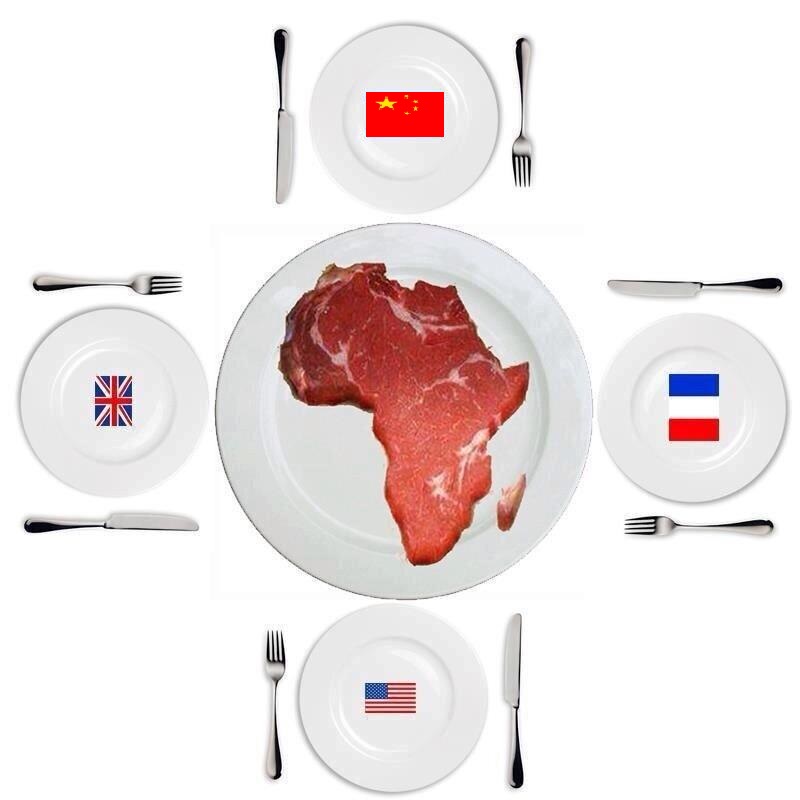 Africa is a continent with 1 billion people and 52 countries each endowed with one economic resource or the other. Some of these African countries are by far the world leaders in producing some of the worlds most cherished minerals.

In 2006, 5 African countries were in the Top 20 leading gold producers globally. It is naturally expected that this resource wealth will result in transformation of the continent; however the continent is yet to see the progress commensurate with its natural resources. Still, the picture is not all that gloomy.

Libya’s Gaddafi succeeded in using the nation’s oil in improving the economy of the African country as well as funding the African Union. Libya was one time a destination for teeming and industrial youth from sub- Saharan Africa, with thousands risking their lives across the desert to reach the streets of Benghazi and Tripoli.

Gaddafi touted as a dictator and an enemy of democracy was overthrown and killed by rebels with support from the west. Depending on how you look at it, we can now ask if Libya has been better off in the absence of a dictator.

The continent has been plagued with war that have claimed millions of lives, left thousands homeless and impoverished. However there is a silver lining to this and the evolution of knowledge will allow us to examine the issues more critically.

It is unfortunate that the problems of the continent have been blamed entirely on its people with common phrases used such as “Africans are the cause of their own woes” without a recourse to its violent colonial history, destruction of socio-political structures, pitching of one ethnic group against the other and creating boundaries and territories that have fuelled war till now.

This is not to say conflicts have never been part of the continent, however the favouritism and selectivity used by the colonial masters further deepened the feud that existed between some of these African societies.

For instance, the Rwandan genocide that claimed over 800,000 in 100 days was fuelled by an insidious division, where the Belgians were in bed with minority Tutsi only to turn around and give their backing to the majority Hutu.

Talking about exploitation, Belgian King Leopold II in the Congo Free State (now DR Congo) carried out some of the greatest atrocities the world has ever known killing over 10 million people and exploiting the country’s human and mineral resources.

Colonialism is not solely responsible for the state of the continent, successive governments after independence have operated against the backdrop of dictatorship, corruption, greed and incompetence that have led to several coup de tats, wars, violence, slow pace of economic development for several years and sending the continent into an increasing spiral of crisis and poverty.

Another challenge is mindset, attitudes and behaviours among its indigenes that encourage mediocrity in all forms and the failure to realize that apart from the government, our actions and inactions as ordinary civilians go a long way to affect the development of the continent.

However, a new Africa is emerging with significant progress in many areas, economic, social and political and amazing human resource. Significant examples of these include a thriving democracy in Ghana and Senegal, eco-tourism in Kenya which is the envy of the world, infrastructural development in post –conflict Liberia and Rwanda, a thriving film industry in Nigeria which is the world’s third most vibrant and entrepreneurs in almost every sphere of life you can think of (health, education, information technology, agriculture) who have succeeded in creating empires in a challenging environment.

Some may argue that the continent is yet to fully reach its full potential and is still yet to create a progressive environment similar to those in the west, however let us remind ourselves that centuries of colonialism, bad leadership (government), wrong attitudes and behaviours of indigenes have created systemic structures that militate against development on the continent.

In my opinion discussing the issues facing the continent should be holistic with a careful and objective look at how the past and the present have all shaped our beloved continent.

Africa needs a new crop of leaders who operate on principles that discourage corruption, see leadership as a responsibility not an opportunity to amass wealth, operating sound economic policies and commitment to building strong socio-political systems and structures that discourage violence and provide the right environment for growth and prosperity.

We as a people should engage actively in the development of our respective countries by putting our talents and energies to use in whatever way we can whether at home or in the diaspora. We are all leaders in our respective rights and it’s a call to responsibility and not entitlement.

Change is coming, embrace it in whatever way you can.