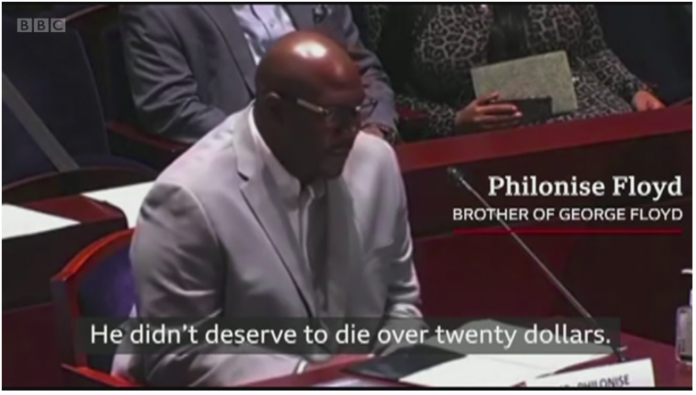 The Cancer of MLK’s Passivity in Black Freedom Expression that is Eating Away at the Struggle.

There’s a widespread cancer in how most mainstream Black people, especially in the United States, express their reality about the Euro-American domestic neocolonialism under which they have been totally and thoroughly suppressed and oppressed.

The cancer runs deep, and its history runs long. This is why every single time you take a cursory look at the numerous protests across the United States against the Euro-American Institutions that aid and abet the extra-judicial murders of Black people in America (more recently the murder of George Floyd by a white cop), what you see is not a direct indictment of the Euro-American colonial powers—home and abroad—but rather, what you see is a passive expression against the nameless perpetrators of violence.

The problem with passivity in the Black freedom expression is not just that it is lazy, cowardly and ineffective. It is that passivity in any freedom struggle renders the base for the struggle unable to react properly to the enemy without. The agents of passivity within the Black struggle form a thin layer of inert surface that prevents the base from directly, accordingly, and fully indicting their oppressors.

To fully understand what I mean, we have to travel back in time, to 1963, to Rev. Martin Luther King’s speech at the “March on Washington,” against “racial segregation” in America. Here we have the most popular, and perhaps the most quoted part of that speech: “I have a dream that my four children will one day live in a nation where they will not be judged by the color of their skin, but by the content of their character.”

The nameless perpetrators of racial segregation and the violence implemented by Euro-Americans to maintaining and enforcing the racial hierarchy in America, remained absent in that quote. Nowhere in that quote were white people directly implicated in the violence that Black people suffered. Rev. Martin Luther King could have easily and more directly said: “I have a dream that my four children will one day live in a [just] nation where they will not be judged by white people and their violent institutions. A nation in which white people neither have the power to judge Black people nor the power to limit the lived outcomes of Black people!”

Not the nonsense of that so-called famed speech, which Euro-Americans are so comfortable with quoting every so often to suite any of their direct digressions from the injustices of their insidious maintenance and summary enforcement of the pernicious, prevailing racial hierarchy of America. The whole speech of 1963 is laced, right from the beginning, with nothing but a passive approach to talking about Euro-American violence, and it proceeded unwarranted, without naming Euro-Americans as the perpetrators of violence against the people of African descent in America. In fact, quite on the contrary, the speech often spoke of ‘fine white people’—like the ones who wrote the American Constitution.

The act of passivity about naming white oppressors and white oppressive systems in America and around the world is a jarring one. The march against the white police murder of George Floyd, and many others before it, now in the twenty-first century, reveal the same sordid cowardice about naming the perpetrators of American racial violence—white people. When George Floyd’s younger brother gave a speech before America’s lawmakers (who are almost all white Americans), he rarely engaged in direct language, invoking passivity—not necessarily the passive tense—to make his comments.

For instance, he said, “He [George Floyd] didn’t deserve to die over twenty dollars.” No! George Floyd didn’t deserve to be murdered by a white police officer—who is, undoubtedly, a race soldier of Euro-American extraction. Period. But the grieving brother continued, “I am asking you, is that what a Black man’s life is worth? Twenty dollars? This is 2020. Enough is enough.” Here, you ask, to whom is younger brother to George Floyd speaking? To whom is he appealing? The answer? Nameless.

More, in many civil rights speeches for Black freedom from white oppression, the object of the appeal to stop racial violence in America is tactfully worded, in for instance younger brother to George Floyd’s case. He refers to the lawmakers in Washington as, “The people elected you to speak for them, to make positive change.” Yet, it is flabbergasting that the Black people who endorse such civil rights speeches, remain woefully unaware that racism is as old as the first elected official of the United States.

They are unaware—and the history is obvious—that Euro-Americans do not elect people into office, to make positive change. This should be obvious to any idiot. What has been the reality is that Euro-Americans have elected people into office to uphold the tireless violence against Black people in order to ensure, and enforce, the pernicious racial order which has pegged Black people to the bottom, and preserved white privilege.

Any type of passivity about your oppression and the oppressors—Euro-Americans and their racist institutions—is a social, civil, and geopolitical cancer. The problem is not only that passivity in the Black freedom expression is lazy, cowardly and ineffective. It is that passivity renders the base for the Black struggle against white people and white oppression, unable to react properly to the enemy without. The agents of passivity within the Black struggle form a thin layer of inert surface that prevents the Black base from accordingly, fully, and directly indicting their oppressors.

The old African proverb, “To obtain a cure, you ought to learn how to sell your disease clearly,” cannot ring any truer in this twenty-first century. To obtain freedom, you must name the enemy. You must name his vices and you must attack the enemy and his vices squarely, and without fear. For without your bravery, you are nothing, you are already as good as dead.