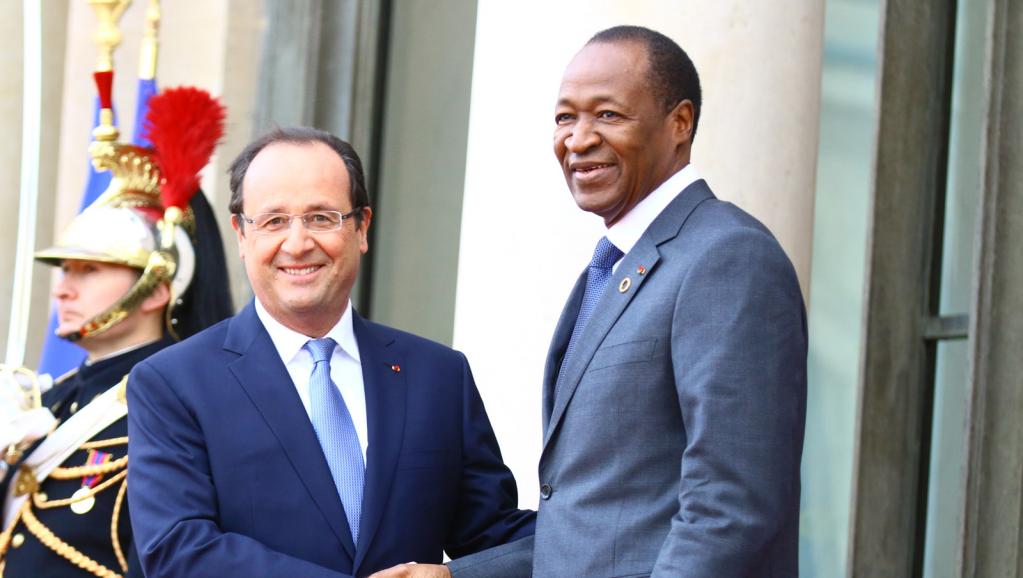 The crowds surged forth in anger. They came out with spatulas. The anger was palpable. Down with the prince they shouted! The Prince’s parliament had been planning to pass a new law allowing the prince to remain in power for potentially 15 more years. His 27 years in power was not enough. The human waves raging with the pent up fury of decades of humiliation and shame stormed the parliament building and torched it with fire. The members of parliament, faithful appendages of the kind fled in terror for their lives.

Reports began to emerge that the prince’s brother had been arrested trying to fell the country. More reports began to stream in. The house of his ministers and relatives were being consigned to the fire. The army had sided with the people. The prince had fled and now the latest reports are that he has resigned. The army declared the establishment of a transitional government which will return the country to constitutional rule in 12 months. This was the beginning of the end of the last Prince of France in Africa. His name was Blaise Compaore former president of Burkina Faso and the last prince of France

The last prince of France, Blaise Compaore, was born in February 1951. He had been friends with the very charismatic Thomas Sankara. They met at a military training academy in Morocco. A coup in 1983 brought the enigmatic and magnetic leader Thomas Sankara to power. Thomas Sankara was in power for only 4 years. In those 4 years, free education and free health care was introduced. A very effective vaccination program was launched with all children in Burkina Faso vaccinated.

The results were astounding. Mortality sharply reduced. The literacy rate among the population rapidly began to increase. An ambitious program of reforestation of the country began. Forests began to appear again in Burkina Faso. Social housing and construction of roads began to increase in quantity and quality. Industries were nationalized by the government. Before that they had been the sacred exclusive private property of the French Comprador elite. Female inequality was attacked with women gaining more rights. The feudal structure of Burkina Faso where a local comprador class kept the peasant population in thrall was abolished.

Thomas Sankara changed the face of Burkina Faso. The name of the country was changed from Upper Volta a derogatory name given by the French to this colony of theirs was changed to Burkina Faso meaning the land of upright men. His model was Cuba and Castro. He was genuinely popular and loved by his people. He had little personal wealth.

But the old colonial power France and its political supporters of the Elyse palace were not happy. The west and France could not allow a flourishing socially oriented country to succeed in Africa. They let lose their demons in the face of Houphouet Boigny of the Ivory Coast and an erstwhile friend of Blaise Compaore.

In 1987, the demons struck. Blaise Compaore led a coup against Thomas Sankara and had him brutally murdered. His body was cut into pieces and buried in an unmarked grave together with some of his compatriots who had also been killed. This was so unerringly similar to the murder of Patrice Lumumba whose body was also cut up into pieces and burnt with acid. But his severed head found its way into the private collection of a Belgian secret service officer. Maybe this is a French or Gallic delight, cutting up the bodies of their African foes as if they were barbecuing African human meat on the Champs De Elysee. Thus ended the short but enigmatic life of a legend of Africa, Thomas Sankara. 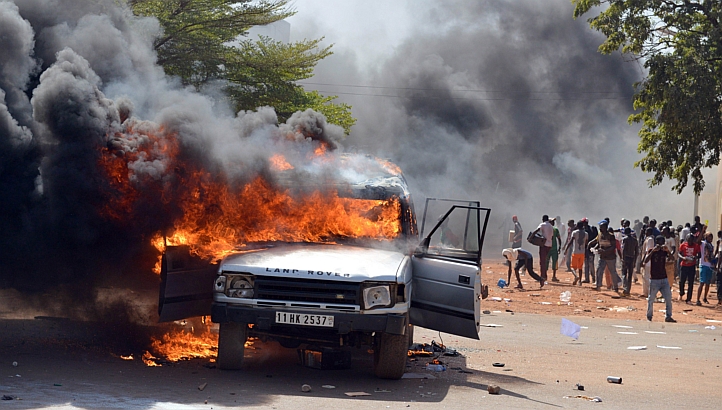 Then began the career of the last prince of France, Blaise Compaore. In his 27 years of rule, he turned Burkina Faso into one of the poorest countries in the world where illiteracy is more than 70% and life expectancy so low. It ranks 181 out of 187 in the UN human development index.

But, Burkina Faso is the second largest cotton producer in Africa and the fifth biggest gold producer. Despite her natural resources, Burkina Faso remained a pauper state ruled by a prince of France.

Blaise Compaore firmly aligned himself with France which has a Special Forces base in Burkina Faso. The Americans operate a drone base in Ouagadougou. To the west he is a loyal ally helping them fight Islamic “terrorists” in the Sahel. The US and France have said that they are worried about the events in Burkina Faso a loyal ally of theirs. The New York Times declared that Blaise Compaore is a loyal ally of the west that has been a force of stability in the unstable region of West Africa!

The 27 years of misrule and impoverishment of the people of Burkina Faso by the Campaore regime means nothing to the so called the paper of record or we better say the pauper of record – The New York Times. All the leading western news agencies are concerned about the loss of a reliable western ally! An ally who supported Charles Taylor in his murderous reign of madness in Liberia.

This last French prince in Blaise Compaore was also involved in the civil war in Sierra Leone and its odious legacy of blood diamonds reminiscent of the Belgian policy of cutting people’s hands and legs during their misrule of the Congo. We remember the ghosts of Leopold the Belgian king. The west is not concerned about the fates of the millions of Burkinabes seething with rage at the mismanagement and destruction of their country for the benefit of France and its tribally primitive political elite.

Today Burkina Faso is at the cusp of geopolitical change. With the fall of the Compaore regime, Ivory Coast will feel the geopolitical pressure waves. Alassane Quattara the political macaca leader of the Ivory Coast, another loyal ally of the west will be justifiably worried about the stability of his comprador regime.

The fall of the regime of the last prince of France Blaise Compaore will predictably cause unease in Paris and other western capitals. For the first time in living memory, in sub-Saharan Africa, a popular spontaneous revolution has deposed a despotic regime pandering to the interest of predator foreign powers. The revolution is live. It will be televised. The people shout with the cadence of righteous anger ringing in a crescendo of epoch making history, down with the last prince of France, Blaise Compaore. The last Prince of France is no more!