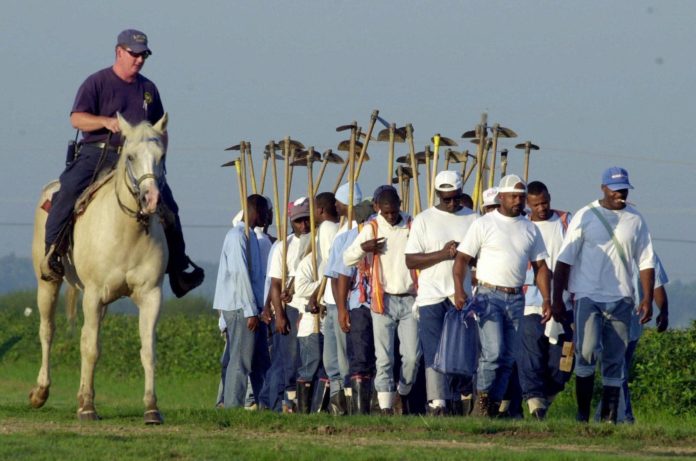 This article below, from “The Economist,” represents the pertinent example of the jumentous and nepenthe witchcraft of western scholars. It is how western thinkers “fool” themselves and hoodwink everyone else around them. You listen to western thinkers long enough, you will be bewitched by their nonsense. Hell, you might think their paralogism actually make sense as in for instance, the following article in “The Economist” will show.

So, you ask, where do these “thinkers” get their data to suggest that doing these things, (1), (2) and (3), result invariably in the development of newer and newer technology and for the economic advancement of the masses? Where do they obtain their data to suggest that technological advancement (alone) has enabled any nation to develop, or become civilized and wealthy?

The answers are: Chattel Slavery for the first part and for the second part the answer lies in the De-Industrialization of Black America (like Detroit, Michigan), the Forced Servitude of Chinese/Asian workers in Euro-American industrial plants (like on Apple Computer plants), and the subsequently resultant New Jim Crow of the 2000s and ongoing, otherwise known as the Mass Incarceration of Black America, for their free labor (as in the Parchman Concentration Camp in Mississippi providing millions of hours of forced African American labor to Euro-American firms).

What is certain about Euro-America during these periods is that they grew rich and powerful from the violent enslavement of actual human beings. That is, Euro-America accomplished nothing worth calling civilized. Everything about Euro-American wealth creation screams of barbarism. Yet, Euro-American thinkers continue to blind their victims of the real human blood that underpins Euro-American wealth—in the same way that they bewitch their own masses to be blind to the character of almost all American universities, where these thinkers make their living, which are built on the graves of the very enslaved Africans who built these very schools with their bare hands and innovative ideas, and whose blood and sweat funded these very universities. Little else accounts for Euro-America’s primitive accumulation.

What Euro-American thinkers know, yet insist on blinding their victims with their witchcraft, is simply that technology, especially in Euro-American society, and specifically during the periods they enable their victims to fawn over, has only been par for the cause. Not the essence of the wealth creation. Do not let them fool you when they claim, as in this article below, that more and more technology will make their violent technologies safer and more egalitarian!

What is certain is that Euro-American wealth is built on blood and blood alone. And so its technology is also built on the same blood and from the very innovations of that enslaved blood. For these reasons, Euro-American science and technology point only to more of the same violent pouring of blood: they seek the summary innovation of more tools (even from their slaves) for the enslavement of more of others. Nothing else.

Take their Pharmaceutical companies for instance, and the facts of their existence is clear. They are more invested in bankrupting their cancer patients than they are actually invested in looking for a cure for them. Cures do not make money. The lucripetous Euro-American thinkers and their nummamorous oligarchs, who fund their “thinkers,” will not make you aware of this machination. But, I will.

It’s time for the victims of the Euro-American witchcraft to wake from their slumber. It is time to unveil the hidden agenda and expose the snare of the fowler. Euro-American thinkers, born and bred in the universities that are built atop the graves of kidnapped and enslaved Africans, are here to convince you that their dirty wealth has nothing to do with violence at all, that it is not dirty at all; but that it is all due to the hard work of their scientists and innovators.

Bullshit. That is the biggest lie of the last five hundred years! Do not let them fool you when they claim, as in this article below, that more and more technology will make their violent technologies safer and more egalitarian! Never. The thing is meant exactly to enslave you, kill you, and take your lands. More and more western technological advancement is geared towards your summary enslavement and towards killing you. Nothing good can emerge out of it, even if the meager early gains they usually allow, throw their wicked dust into the eyes of onlookers.