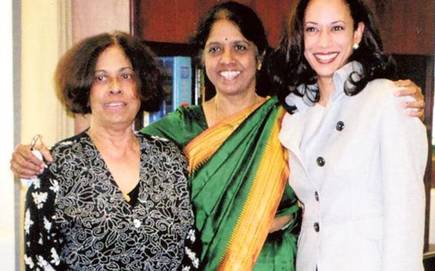 In some parts of Africa if you have too much to say about the racecraft of American geopolitics, especially during this election year — and you have nothing to say about the ass whooping that Barcelona (Spanish league) received today at the hands of the German league team, Bayern — you are too much trouble. Your “wokeness” is unnerving. Your “wokeness” is unbecoming. That is the state of the significant portion of our African mind.

Someone charged me with being a criminal today. I had no idea that I had committed a crime. The social construction of my criminality from this man’s world, however, would have stuck had this man the right, the legitimacy and the nation to boot, to incarcerate me for a “crime” he claims I committed. It doesn’t matter what “crime” is. That is not the point. It matters who points the finger: who runs the show!

And so is the issue of race, which a significant portion of our masses refuse to comprehend. When a theory says race is a “social construction,” it does not mean that Black and white people do not exist. We do! What it means is that when Black is charged for enslavement, for rape, for murder, for incarceration, and for all the bad things that the white world can conjure about our Blackness, (and for centuries and continuing), that this “attitude” about Blackness is a social construction.

Which means that the idea of white being pure, and cannot be mixed is also a social construct. The idea that mixed-race people (with black-white parents) are not white, but Black, is a social construction! No one can point to any scientific reason why this remains the case, except to continue in the practice of the white supremacism that birthed that very idea!

Social construction does not entail a theory about the fact of the existence of Africans (Blacks) and Caucasians (Whites). It entails the idea that the criminalization of Blackness and the elevation of whiteness as something pure is a socially constructed reality that has consequences and meaning.

There’s no reason why Kamala Harris, the vice presidential candidate for the Democrats in the US, should be regarded as a Black woman, and not a white woman, except the socially constructed reality of white supremacism: that white is pure, Black is dirt! That anything mixed with this dirt is then by default, dirty!

To remove, or even fix a social construct (one that is inimical to our existence), you must reject its premise. Entirely! White, therefore is not pure. Therefore Kamala Harris is a white woman!

I write this not to appeal to the masses of idiots who’s non-understanding entails their not availing themselves to understanding English or theory! I write this to clarify a point to those who want to gain a deeper, more encompassing, comprehension of the racecraft of Euro-American geopolitics!

The point is not to prove that Kamala Harris is not a Black woman per se, if by Black she wishes to reclaim one of her Ancestor’s identity. The point is to fight against the pervasive and insidious idea that once someone has a Black/African ancestor anywhere in her/his genealogy, that person should be classified (be socially constructed) as Black. This is more of the same white supremacism: that white is pure. That anything goes for Black.

But, it does not! My point!

Kamals Harris and her supporters may claim whatever they want at whatever points in their lives they deem fit. I do not fight against race-hustlers, except to expose them whenever I see them. Kamala Harris is a white woman too! Kamala Harris is an Indian woman! To say that she is not white, goes without re-stating the matter once again that we live in a world where the racecraft of white supremacism (i.e. that white is pure and better than Black) continues to mask our notions of who we are.

And so to have something to say in some parts of Africa about this sort of centuries-old Euro-American racecraft is to be too “woke” as to be taken seriously. Emotions flare, and people are more comfortable watching a game of soccer between two European teams on Tell-a-lie-Vision.

To have too much to say about the racecraft of American geopolitics, especially during this election year — when you have nothing to say about the ass whooping that Barcelona (Spanish league) received today at the hands of the German league team, Bayern — is to be too much trouble. Your “wokeness” is unnerving. Your “wokeness” is unbecoming. That is the state of the significant portion of our African mind.