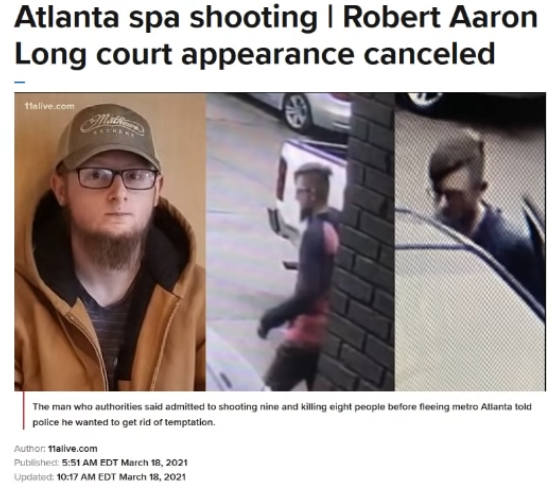 If you get your news and views from the White Media Industrial Complex (CNN, MSLSD, FOX, ABC, NBC, Facebook, Google, etc.), then yes, you will come away with the two arguments and the one fist fight (this one fatal) between a Black person and an Asian. And you will come away with the crooked belief in the fabricated agenda, loud and clear, that Black people are attacking Asians in America.

And so if you get your news from Juju Chang, Dion Lim and their ilk, you will have no problem in accepting the prevailing dogma in the white media that Black people are attacking Asians in America. This is not sad, but of course the theory about this white media propaganda has to be addressed.

The thing about reality is that it needs no introduction. It needs no theory. But to understand conspiracy, you need a theory, since a conspiracy is not merely some reality. It is a planned, implemented and managed reality. And so is the conspiracy by the White Media Industrial Complex to plant the propaganda—using their stooges in the Asian community—that Black people are attacking Asians.

What are the facts? The stooges of the White Media Industrial Complex whipped up the narrative of Black on Asian crime when African Americans called for criminal charges against Peter Liang, the New York Policeman (Asian), who shot and killed Akai Gurley (the African American man) for absolutely no law enforcement reasons. Flip this on another side and you will find that this so-called attack on Asians was rather absent when a white policeman knelt on Angelo Quinto (Asian) and killed him in California right after the George Floyd incident in Wisconsin. The same stooges of the white media did not raise an alarm.

Now, in the wake of the murder of some 6 Asian women (plus two “others,” whatever this means) in a massage parlor in Atlanta, the narrative of the attack on Asians still has the list of the two arguments and the fist fight between a Black person and a Asian, rolling in and out of every tape on white media. No mention is made of the countless attacks by white supremacists on Asians.

And so when you get your views and news from the White Media Industrial Complex, you will come away with the crooked belief that the murder of some 6 Asian women in Atlanta by a white supremacist boy was actually not a hate crime. The white media refuses to even call it a mass shooting. It’s not even murder. It’s classified as a “sex crime.” Or what the investigating white police office termed, “Aaron was having a bad day.” No mention is made of this Toxic White Masculinity! You see?