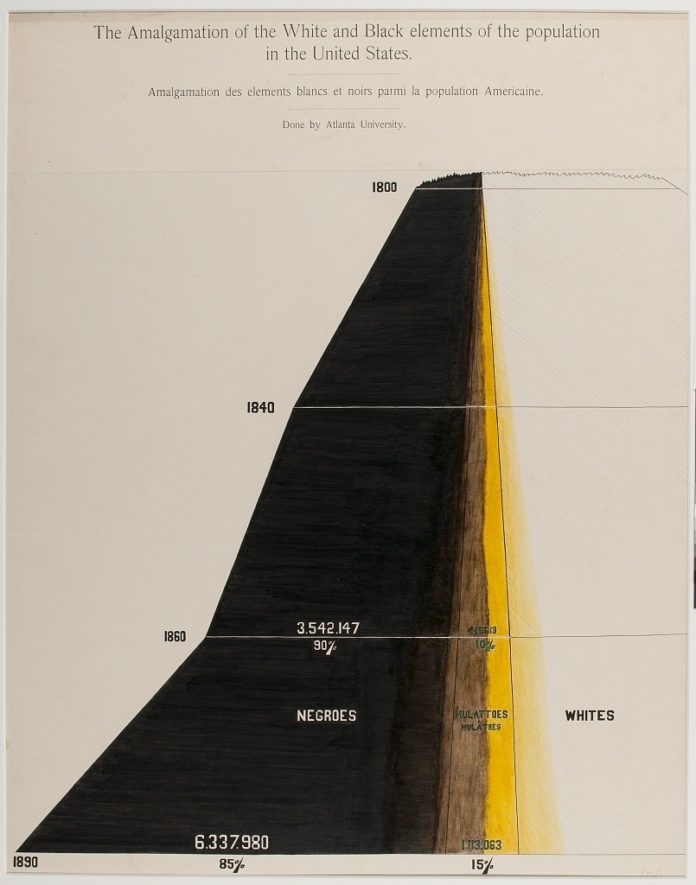 The Atlanta University, led by W. E. B. Du Bois (America’s first sociologist), noted in the 1900s that Reconstruction, the period (1865–77) that followed the American Civil War, further destroyed Black America and consolidated political and socioeconomic power in the hands of Anglo-German Americans (ref. Black Reconstruction).

The prevailing propaganda that the American Reconstruction involved an Anglo-German attempt—to redress the inequities of slavery and its political, social, and economic legacy on Africans in America—or to concede moral missteps has now been laid prostrate before our very eyes.

We can now examine its underlying intentions. The insidious idea that Reconstruction marked a turning point in the violent history of Anglo-German America from barbarously enslaving and oppressing Africans in America towards a united more democratic nation—towards a civilized country—in which all human beings aspired to liberty and happiness is no longer believed by those who care to look a little deeper into the white supremacist craft.

In other words, there’s one thing Reconstruction never accomplished: It never redressed, or repaired, the inequities of slavery and its political, social, and economic legacy on Africans in America. Put another way, there’s one more thing that Reconstruction achieved: It doubled down on the violence of white supremacism, although in this doubling down, Anglo-German America had found an implicit method for continuing in its old violent ways against Blacks.

And what did the Anglo-Germanic leadership of the United States do? The leaders of the African American civil rights and African American socioeconomic rights movements—Malcolm X and MLK Jr.—were assassinated, sending the message loud and clear that the U.S. Federal government would continue to do as it wished. It could not negotiate with Blacks! The goal of the white supremacist leadership of the United States of America was yet again, as it had been during Reconstruction, not to address the legacy of slavery, and the legacy of continued socioeconomic deprivation against African Americans! No. Far from it. It was to quench all talk, and all dissent, from Blacks in America about unfulfilled promises.

During the Cold War, which ensued after World War II—when Germany bit more than it could chew, i.e. when it attempted to force white supremacism down everyone’s throats, but was beaten back by the Soviets—the U.S. was forced to concede to the world, to Africa, and to the Soviets, that yet again, explicit pontification of the superiority of the blonde, blue-eye Caucasians didn’t sit well with the rest of the world. However, what came out of the Cold War between the warring Anglo-German Americans and the Soviets, was not a complete turnaround in character—it was not a change from from warring violence to democratic ideals. No. What ensued in America was the invention of yet another tool for propaganda and for destroying Black communities in America even further.

To do this, without accosting the ire of the world, and, without raising eye-brows in Africa, where U.S. raw materials and minerals for projecting military power still lives in the ground, the U.S. Federal Government passed a bill called Civil Rights, a stagecraft, in which nothing regarding the redress promised to African Americans before Reconstruction was found. The inequities of slavery and its political, social, and economic legacy on Africans in America were left untouched. What’s telling on one hand is that poor whites, white women, white disabled men, white gay men and women, etc., became the center of the Civil Rights Act and Integration: becoming more employed; being admitted to schools and colleges more often and receiving handouts! The political, cultural and socioeconomic deprivation that transpired in Black communities as a result dwarfs the little gains that few Blacks made during Integration.

How exactly did the U.S. Federal government manage to pull the wool over every eye, especially after MLK and Malcolm X. had both been culled? Propaganda! So long as most Americans were forced to believe lies via the airwaves that Integration would work, or was working, and that African Americans were doing better socioeconomically, few questioned the impact of the policies of Integration on Black America in the same way that few (except for the Atlanta University) questioned the real impact of Reconstruction on Black America. The fact is, Integration, much like Reconstruction, has not worked in the interest of Black America, but has accomplished exactly what it was set-out to do in the first place: maintain and consolidate political and sociopolitical power in the hands of the Anglo-German state and federal leaders of the United States.

One thing becomes readily obvious throughout U.S. government machinations in Black America: What the U.S. State and Federal governments recognized as the Negro Problem was not the same thing that prominent African American writers of the day described. Whereas writers like Du Bois and Booker T. Washington viewed the “Negro problem” in America as the set of issues in Black America that needed reparative justice: a redress of the inequities of slavery and its political, social, and economic legacy on Africans in America, the U.S. governments, on the other hand, viewed the “Negro problem” as a white essentialist one. The U.S. government viewed the presence of Africans in America, particularly the Black family necessary for perpetuating the existence of Blacks in America—who could no longer be enslaved—as an existential problem that needed to be culled.

To this end, even Caucasian American politicians—who weren’t aware of the American project to get rid of the Negros in America—who spoke against policies fashioned against Black families were assassinated (JFK). When it was clear that several U.S. federal and state policies were a ploy to destroy the basic unit of Black communities, i.e. the Black family, few spoke against them. In fact, more and more propaganda surfaced to paint Black families and communities as naturally deviant, incapable of conjugal conditioning, and incapable of raising proper American families.

In fact, this flew in the face of facts. The Atlanta University, for instance, had shown that in the decades prior to the 1900s Black communities were more stable, i.e. they got married more, than all Caucasians in all of Germany (the European country). When the Moynihan Report on the Negro family—which wasn’t long, and which few have yet read—insisted on removing policies that hurt the Black family (like the yet to be noticed Mass Incarceration of Black men) and implement policies to help Black families, the U.S. federal and state governments refused, rather cooking up propaganda about Moynihan’s portrayals of Blacks in America as “racist.”

The reason why the U.S. federal and state governments are adamant about their stance on reparative justice in America, and the reason why the Black family has been so vilified in American film, academic research and public policy, is simply that the U.S. federal government and state officials were never ready to address reparative justice as a solution to a problem in America. Rather, the U.S. government views the “Negro family” as a problem in America that needs one solution: culling, no matter what, since the Negro family (according to the doctrines of whiteness) no longer needs to exist in a slave-plantation-free America.

Therefore, all the window dressing of Reconstruction, Integration, Civil Rights, and of color-blind America, all go to shroud the true impact of what all of American public state and federal policy in the twentieth and twenty-first centuries are meant and tailored to achieve—the significant culling of the Black family through vilifying Black men in the media daily, through mass incarceration, through throwing Black children into no-return-correctional facilities, through socioeconomic deprivation, and literally through police violence in America. White America’s goal (since the federal government is essentially Caucasian) is not the desire to repair the past (for this is just what it wants the rest of the world to believe), but the proclivity to wipe out all evidence of the past: to wipe out the Black family.