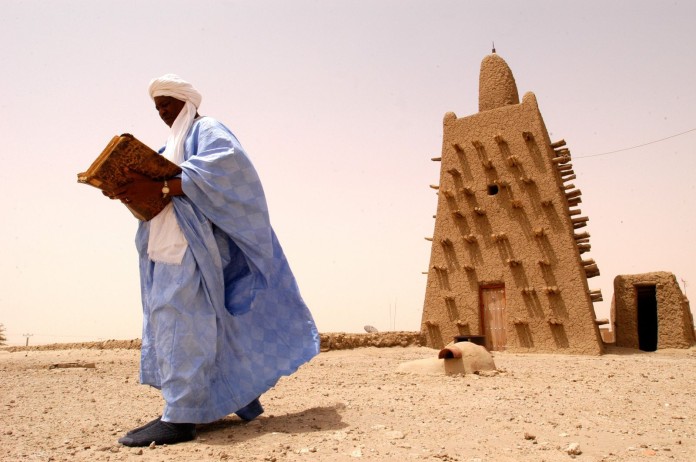 After that, the child spends 3 years in Junior Secondary School, spends a further 3 years in Senior Secondary School or Senior High School as it is fashionably called now. Throughout this pre-tertiary educational journey, the young person is shaped in the European educational paradigm and its systemic structure, which sees its goal as rounding out and forming one’s intellectual identity in some western educational institution.

This young person now roughly 18 years old proceeds to university, spends 4 years in university. To acquire more advanced training or knowledge in let’s say molecular genetics or nuclear physics or aerospace engineering, this young African deems it axiomatic to proceed to an educational institution outside Africa, preferably in the western world to obtain such training.

Acceptance into a foreign institution that offers these courses is construed by our young African friends as a metric of his academic brilliance, a validation and an acknowledgement by foreigners particularly westerners of having joined the elite western club. Failure to obtain admission into such institutions undermines the self-confidence of our young African who now believe that he is not brilliant and is incapable of self-acquisition of knowledge. For our young African, since Harvard, MIT, or Caltech did not admit me to study aerospace engineering or nuclear physics, it means those fields are closed to me. I must eat humble pie and give up on my dreams.

What does such a situation do to our development goals and aspirations? This means that educational institutions in the west are a control valve that determine if we obtain expertise in any field, which is vital to our industrial and technological development. They therefore determine if and when we can obtain those skills to develop our own industrial and technological base.

For example, let’s say University X in Africa wants to establish an academic program in nuclear physics or aerospace engineering. University X will need to send undergraduates for Masters degree or PhD training in institutions abroad for a period of several years. These young trainee specialists must first be admitted into these foreign institutions that offer these programs. They must then be properly trained which is not always the case and then be credentialed by these foreign institutions.

Only after such credentialing nonsense, can these young African trained specialists be able to form the new core teaching and research staff of the proposed academic program in nuclear physics or aerospace engineering at University X. So if these foreign institutions refuse to train such specialists, does that mean that University X is doomed to never have a program in nuclear physics or aerospace engineering? Yes, that is the case with the structure of the Eurocentric derived educational system that survives in Africa today.

We know very well that these foreign educational institutions particularly the western ones are not interested in training brilliant African minds in the areas of technology or science vital to our industrial and technological goals. Why train your potential competitors? Some might say we are being paranoid in saying this. However, there is a precedent here.

On Feb 6 2015, the University of Massachusetts at Amherst said that it would no longer admit Iranian nationals to a wide selection of programs – chemical engineering, chemistry, electrical and computer engineering, mechanical and industrial engineering, microbiology, physics, and polymer science and engineering. The reason the university stated this was a sanctions law passed in 2012 by the US placing restrictions on Iranian citizens seeking to prepare for a career in Iran’s energy or nuclear science sectors.

However, the real reason is alarming from the western perspective, of the strides Iran is making in science and technology that allows it to become a leading regional power in west Asia and enhance its security and national sovereignty. After all, all that oil and gas in Iran needs to be unprotected and lying prostrate for the friendly western multinationals to come and rape. The UK also has a similar policy the Academic Technology Approval Scheme (ATAS), which requires clearance for certain sensitive courses at UK educational institutions. Such a policy has been artfully employed by UK authorities to deny visas to Iranians wanting to study certain courses.

What does this tell us in Africa? Any rising power is a threat to western hegemony and any and all means will be used to curtail or destroy the rise of the emerging power. This means that, any attempts by Africa and Africans to use western educational institutions, as the only means of obtaining the necessary expertise to develop an industrial and technological base for Africa is doomed to certain failure. They will not allow it. Period. To think otherwise is the height of dripping pathetic naivety and historical tomfoolery.

The question now is, can we reimagine education, specialist training and innovation in Africa to escape from the Eurocentric educational paradigm that sees the apex of knowledge and innovation residing as an oracle in the citadels of western institutions? Yes, we can by re-instituting what our ancestors did in Kemet thousands of years ago. Ayi Kwei Armah in his novel, KMT: In The House of Life indicates how we might yet do it. He says the following:

Let us work to tum the forgotten paths into the remembered way. Let

our own making, as we move into the space of our own choosing, as we

dream in images woven from our people’s best desires, as we plan on

designs drawn from our own reflection, then make again the universe

that might have been but was not, here in this place, now in this time

freed for our new creation.

In this novel, Ayi Kwei Armah describes houses of life that existed in Kemet, which gave birth to the intellectual architecture of that very ancient African civilization. This is the description of one of those houses of life by one of the scribes of that house as the scribe recorded it:

Jehwty. Our commitment is to knowledge. Our desire is to make a habit

of informed practice, the regular sharing of thought after observation, a

occupation that wherever we choose to make our home, that place

This is the out of the box thinking that we need to break out of the Eurocentric educational paradigm. We need modern Houses of Life where young African men and women committed to the pursuit of knowledge would gather to study, self-learn and discover on their own whatever branch of knowledge or technical skill interests them.

In such Houses or Institutions of Life, one driven and talented can self-study and learn with other like-minded people subjects like molecular genetics, nuclear physics, aerospace engineering, mathematics, polymer chemistry and many other fields. The ease of access to information made possible by the web and by modern travel makes the task much easier than it would have been 50 years ago.

Our civilizational ancestors in Kemet out of nothing with no precedence any whatsoever created the foundations of mathematics, science, technology and philosophy. We as their civilizational descendants certainly have the intellectual capacity and drive to learn on our own any branch of modern science, technology or mathematics that we chose to master. After all, the foundation of all modern science and technology is our intellectual and historical heritag.

In such Houses or Institutions of Life spread out all across Africa, one’s self-confidence and progress will grow and expand based on the acknowledgement of fellow African peers in these Institutions of Life. There is no and will be no need to get credentialed in the suffocating racist atmosphere of western citadels of learning which controls and allows a drip number of Africans in them for cosmetic purposes.

These Houses or Institutions of Life will act as the nuclei to attract talent from across Africa. One should not need a credential piece of paper from the formal Eurocentric derivative educational system to be part of such institutions. Talent, drive and willingness to self-learn with peer-to-peer guidance is enough credential to attach oneself to such institutions. These institutions are envisaged as being the intellectual kernel for Africa’s industrial and technological transformation.

We have just very recently the kernel of such an approach in Kwadwo Safo, the founder of the first indigenous Ghanaian car manufacturer. He is a self-taught engineering genius that is making well-designed cars reliable and suited to African conditions. He did not wait to get a credential in mechanical or automotive engineering from a foreign institution to actualize his dream. He provides a clear way as to what we need to do.

Another example is the case of the young space enthusiasts in Russia in the 1920s. A group of amateur gliding devotees established an organization named the Society for the Promotion of Defense, the Furthering of Aviation and the Chemical Industry (Osaviakhim in Russian). These young enthusiasts established the Gas Dynamics Laboratory (GDL) in St Petersburg to study rocket engines.

The legendary Soviet Rocket engineers Valentin Glushko and Sergei Korolev were members of this amateur laboratory. Glushko is the engineer whose designs of rocket engines led to the most powerful liquid fuel rocket engine ever built in the world the RD-170 rocket engine that can carry a load of 100 tons into space. Today the American space program depends on this Russian engine to carry its military satellites into space. Korolev is the engineer who was the leader of the Soviet space program, which sent the first satellite Sputnik, and the first man Yuri Gagarin into space. Another group of enthusiasts established the Group for Studying Reaction Propulsion under the Soviet Pioneer rocket scientist Friedrikh Tsander. This group contributed immensely to interplanetary flight.

These Russians did not fight or wait to get credentials in some western institution of knowledge or get acceptance into such institutions. Their intellectual identity was not conditioned on acknowledgement by the West or others. In fact, there was no program in rocket dynamics anywhere in the world at that time. They came together, young people driven by their passion, a desire to self-learn and self-discover new frontiers of technology and in this, they succeeded brilliantly. They did not wait for the state or universities to establish a program in aerospace engineering. Passion and drive was enough to become part of the clubs they established. Their achievements are now the stuff of legend. Just as the great achievements of Kwadwo Safo are now the stuff of real time legend.

Young people, enthusiasts coming together to form the Houses or Institutions of Life are the key to our scientific and technological march forward in Africa. These institutions will complement our current educational system as it evolves. These young self-learning Africans will be guided by the words of our ancestral scribes in Kemet from long ago who said; Our commitment is to knowledge. Our desire is to make a habit of informed practice, the regular sharing of thought after observation, a permanent enterprise in which the search for knowledge is such a constant occupation.

What’s The Matter With School?