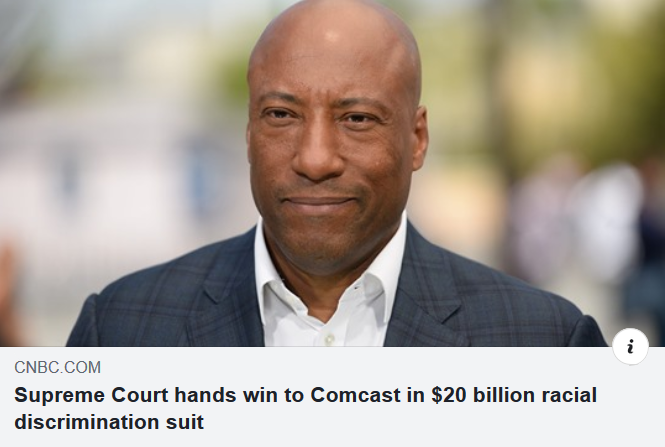 Imagine that a million Africans from different American Plantations gather before the US Supreme Court today (made up of Europeans and one African, who goes around raping Black women, yet marries an European woman).

Imagine that this million Africans bring a case against the US Cotton and Sugar Cane Plantations for discrimination. What you don’t know is that, it doesn’t matter that all one million people on all US Plantations are Africans (or of African origin). What they would need to show is that the US Plantation Masters (Owners), who are all violent Europeans, have colluded in kidnapping and enslaving only Africans.

The one million Africans in bondage would need to prove that these Old European Primitives gathered around in one room, and decided that they were going to fund human-trafficking from Africa, to kidnap and enslave Africans. That proof must comprise, the balance books, the financial accounts, the taped recordings of the meetings of these depraved cave men, and such explicit use of “race,” i.e Black vs. white, in their musings about the plantation.

The thing is, short of showing this proof, the one million Africans cannot be “set free” or “win”. Short of showing actual documentation for the explicit use of race in the decision-making of cavemen, civilized men cannot proof that these cavemen plantation owners are actually only kidnapping and enslaving Africans.

The thing with the US Supreme Court, and the 1866 Civil Rights Act is that they are both bogus. Nothing about the two has any logical rationale for its existence.

Here: To say that you’ve been discriminated against, you need to show collusion. And that is simply ridiculous. (Reckon Colin Kaepernick and his modern day greasy-haired football plantation owners. Kaepernick must prove collusion if he wants to be taken seriously about discrimination against him in American football. Short of which, he has no case. You see how the law works?).

If it can be observed, then the cavemen ought to prove beyond doubt that they have not engaged in discriminating against Africans. (This is not to say that if they had enslaved all others equally, it would have been good. No. Take this only as an exercise to become aware of the paralogism of cavemen.) This is what we call the Scientific Method, first invented by Imhotep way back in KMT.

The scientific method is simple: You scientifically observe an occurrence, then you state the occurrence plain and simple. Now, you make a statement of the counter occurrence(s) to the first observation (this becomes your Null hypothesis). When you fail to prove the Null is correct, then it is wrong! Which means that your observed occurrence is necessarily true until evidence can be found to disprove it. Simple, fascinating, mind-edifying, that’s what! Well, it came from a highly civilized, highly intelligent group of Africans, you see!

(This is why many African scholars insist that Euro-America does not truly understand Science! The pretend they do, but they don’t. Or rather they feign willful ignorance because of their inherent violent nature?).

It is not that I support Byron Allen. I could care less. Byron himself is married to a white woman, which makes his case against the modern TV European Plantation Establishment quite interesting. Thanks for reading – always!