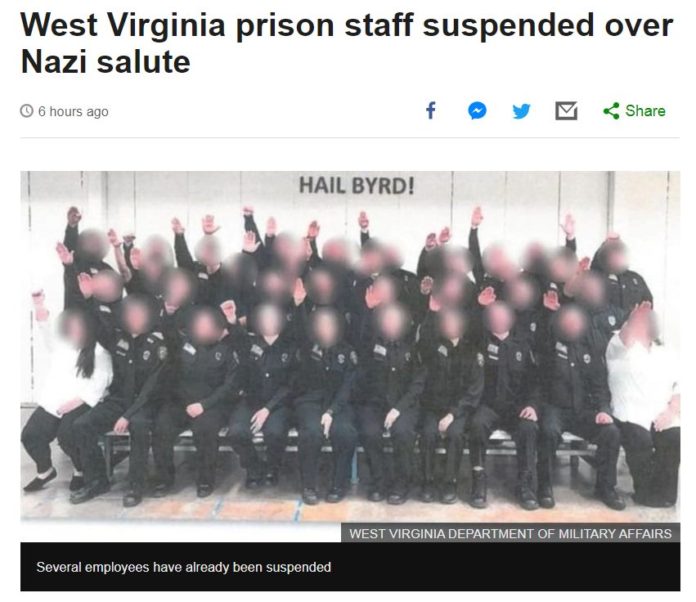 Has there ever been anything professional about US Law Enforcement? Since when?

Either the Caucasian elites in the US live in a parallel universe or they must think the rest of us stupid. Most people know that US Law Enforcement and Injustice System is the KKK (or Nazi) bonafide wing of the US Federal & State Governments.

We know, man! It has always been: Since chattel-slave times. The US Injustice System and their Law Enforcement are only interested in one thing: maintaining and reducing the African American populations of the US to the barest minimum. Man, chill, we know!

So, stop making ridiculous and jumentous statements about professionalism and piety. You deceive only yourselves. And for those who don’t get it, yes, we charge the US Federal & State Governments with Genocide! Absolutely!

“Several US prison employees have been suspended after a photo emerged showing training class participants giving what appears to be a Nazi salute.

The image shows employees at the West Virginia Division of Corrections and Rehabilitation making the gesture below a sign that reads “Hail Byrd!”, referring to a class instructor.”