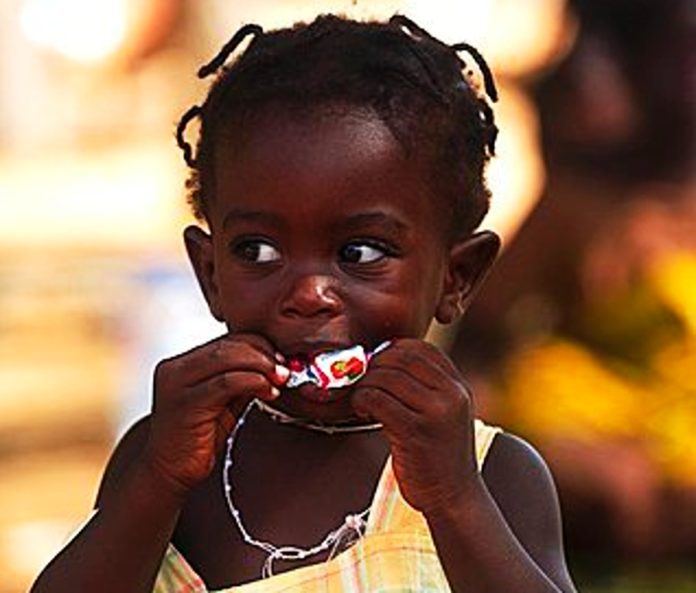 Our Modern Children Are Little Emperors and Empresses

The elite class of Africans who are self-proclaimed More Educated Than His Ancestors, the Metha, are raising a special class of children: little emperors and empresses. Maybe you have met a few of these children.

The Metha take immense pride in distinguishing their children as a separate class. They are an elite, adored bunch. These children stand out from the rest; they are different—or so the Metha say. They are special and therefore need particular accommodations to account for their precious nature.

They do not cut their hair low to attend school. The little empresses wear elaborate hairstyles fit for adults. Their private schools do not require conformity and neither do their parents.

Little emperors and empresses can do no wrong. They are adorable even when they throw unnecessary fits. The Metha resolve their fits by offering them more stuff.

They run out of candy one day, and naturally become irate. Well, little prince and princess, here is more candy. For dinner, they do not want to eat banku and fish. How, about jollof, my sweety? To school, they do not want to wear this pair of pants their mother has washed and ironed. How about this pair of shorts? Their mother can iron that too, if little honey would like that.

If what the little emperors and empresses want is not at home, the Metha will make a quick run to the store. Those frequent trips are hardly laborious, what is the car doing in the paved compound anyhow if not being driven to impress the empress and the emperor? There is nothing that the parents of little emperors and empresses will not do to keep their children, as delicate as egg shells, jovial, upbeat, and smiling. Anything for these royal babies; they might as well strut around in sequined gowns, crowns and tiaras. There is nothing that their parents abhor more than a frown upon their little angels’ faces. They are not allowed to frown. The very act of making them frown should be frowned upon.

What sets them even further apart from other children is their command of English, which is far better than their command of any local language. Most of the Metha and their little emperors and empresses have traveled outside of Africa to the western or eastern parts of the world. They have experienced jet lag and have had to calculate time changes when they phoned their families from abroad. They wear designer clothes with labels no child could venture to pronounce from places so far away no child could venture to travel by foot.

They regularly carry foreign currencies, especially dollars and Euros. They import foreign foods, foreign clothes and shoes, and foreign boutique items like furniture. They prefer olive oil from Italy to palm oil from beneath their feet on their own lands, and often believe the latter can make them fall ill. They are completely oblivious to the fact that robust generations of their ancestors have lived off of palm oil. They are completely oblivious to the uses of the palm nut, the fruit from the palm tree. Foreign goods are best for them and their children.

Sure, everyone wants the best for their children. There is absolutely nothing wrong with that, and the Metha are no different from the bunch in this regard. But somehow their misstep is defining what is best for their children by foreign standards: by the materials they possess, by their proximity to foreign cultures. Out of harmony with the natural world, these foreign cultures put those precious children in danger of serious consequences of primitivity.

Little emperors and empresses are at risk for succumbing to dangerous habits. Eating improperly—so much ice cream and cake and not enough vegetables—is sure, in the long run, to trigger tooth cavities and toothaches, not to mention more serious pressing maladies like diabetes. Their materialism and love for superfluous goods, especially if continued or exacerbated through adulthood, reproduces behavior that spreads pollution and ultimately worsens the environment.

Socially, the transition to adulthood might prove to be difficult for the little emperors and empresses. So used to having their every whim satisfied, their every thought replied, their every desire attended to, they fare less than well with disappointment. They are hard to please and thus hard to marry yet easy to divorce. They may not desire to have children since they might find inconceivable the very thought of putting another human being before themselves. Individual narcissism and discontentment is a handful in and of itself but the creation of an entire class of little empresses and emperors could be a real hindrance for a society.

The Metha are not bad people at heart. I do not believe they mean to do any harm with their conspicuous consumption and striving for foreign accomplishments. They are, however, completely uncritical about these practices. The Metha’s centrality in foreign networks gives him a special advantage, a privilege, which he generously passes on to his children—to the detriment of the local community. The influx of foreign money has enabled the emergence of a class of people, the Metha, with disposable income that far outpaces the availability of markets to spend. When the Metha have children, the little empresses and emperors become the recipients of the excess wealth, and this imbalance has repercussions that spur changes in our society, for worse.

Their heads buried in foreign pastimes, the Metha miss the point that more chocolate chip cookies, privilege, and plastic playthings do not make for a better childhood. It is worth probing how to treat all of our children as special without making these separate classes of children who stand apart from their local communities.