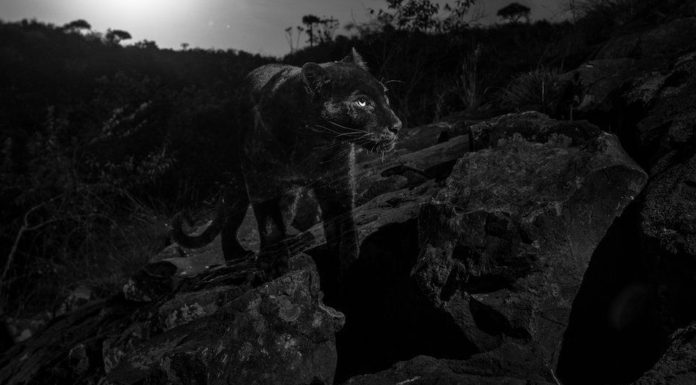 Last week was inundated with Black Panther images and headlines (most wrong). No, I am not talking about the famous or infamous film that you have probably watched. I am talking about the melanistic leopard that was photographed in Laikipia, Kenya, allegedly for the first time since 1909 by, guess who? An American photographer (explorer?). Sounds familiar? Because it is. Reminiscent of the 17th and 18th century Western explorers discovering Mosi-Oa-Tunya (and later named it after some European tribal queen, Victoria), the story of Western explorers discovering things already existing among the local has only changed shape and form.

With social media, however, it becomes plain to see the pure desire by both western media  and explorers to be story tellers for others. It is the desire rooted in a belief that anything produced by others, and Africans in this case, is not credible—a racist view at most. How could a black leopard have lived in Laikipia and they believe no one in Kenya had ever seen it nor taken a photo of it? Africa must still be a dark continent with no access to a camera! An accompanying academic paper was published by a group that works at a zoo in the USA and a conservancy in Kenya. I want to first address the photographer and academic claims that are rooted in neocolonial views and the political Machiavellianism about seeing Africa for its natural resources and no interest in its people and the struggles they go through. Secondly, I want to spare not the lax academicians in Africa who sit in offices as part of the petty bourgeoise but forget their service.

Africa faces multiple challenges, which we acknowledge and at least some sections are trying to address these. The most important ones are those affecting the people directly. However, western remnants in Africa and their counterparts have been obsessed with problems related to wildlife. Take Kenya, in enter the British who were climate tourists in the 60’s and have never left, then you have a plethora of conservancies displacing locals.

The bizarre love for African animals by Westerners begun way back as part of the view of Africa first as a continent filled with wild animals and people they described as uncivilized. From then, they have fancied and created an imaginary country that has preserved these animals for their satiation. From the time they came for safaris with contempt for the people in whose lands they drove, they have taken back this ubiquitous love for the African wildlife. Children watch cartoons of African animals, sleep in African-animal-printed pajamas, and go to the zoos where African animals are kept for admiration.

No other continent is obsessed with the nature of another continent like it is in the West. You won’t find bison pajamas in Nigeria, no moose toys in South Africa to a level of an obsession. This love has translated into a feeling of ownership for what belongs to others, and hence the desire to see themselves as leaders in conserving it. However, behind this, is the notion that Africa has no capacity to manage or conserve its own resources—same reasoning behind colonialism—that Africa needs help to manage its affairs. This belief is not reserved for the political class, it is deep-seated than logic may want to have it.

For a peep of such beliefs, take for example the recent movements that are reclaiming artifacts that were stolen during the looting years (read colonial years). A hood of millennials on any such social media post comes to the defense of their murderous and thieving ancestors to utter contemptuous and racist words “they are better off here, at least everyone can learn about them, in Africa they would have been destroyed”.  Even with wars precipitated by the West in Africa, tons of examples abound about our inability to take care of not only artifacts and cultural heritage, but also of our own natural resources.

So, in the vein of doing what Africa cannot do for itself, they move ahead to protect what they value—animals and not people. A simplistic approach which has led to the opening of conservancies, interrupting human life around them and without consideration for the challenges of the poor. These conservancies, with expensive prices, displace the poor, and focus on the foreigners to enjoy the wildlife. The poor are disadvantaged further and denied of meaningful participation in the national economic pie. This is done in conjunction with the rich bourgeoisie (the political class) that is in an alliance with the imperialists. The desire to protect outside (tourist) interests weighs more than the desire to protect the citizens (1. Kenya sent soldiers to Somalia after abduction of foreigners, 2. Burkina Faso government resigned after foreigners were abducted…not locals).

Neocolonialism is alive and well!

The center of the recent episode, as expected, is another conservancy in Kenya. An animal photographer hears stories of a black panther in Kenya from the locals, travels there in 2018, captures it on camera, and Western media houses (and a scientist, who you expect to be more informed) say it is the first proof since 1909! What of the locals who have been seeing it? Their lack of an advanced camera to capture means their story that they saw does not count for confirmation? What of a simple request for evidence in Kenya? Actually, as it turned out, journalists, and others had already taken pictures of the black panther as far back as 2013. But just like any other political propaganda waged by the West, the Western photographers have the advantage of their media which has capitalized on the fact that their language was imposed on Africa and advanced as better than our languages, so they can be listened to, the story was picked up by ‘international’ media and it was abuzz.

To be concerned about Africa is to understand its culture. To not believe that a man saw a leopard with his eyes is not to trust him, or his system of science: observation. Further, to attribute what he told you he saw when you see it yourself is to believe only your method works. Publishing this as “Western discovery for Africa” gives those who do so a warm glow effect about helping Africa. “Oh look, we discovered  a black panther in Africa after 100 years. We are helping Africa!” As the authors of the Big Conservation Lie said, “It is the ultimate self-actualization tool used by young naive idealists, failed professionals, idle billionaires, and everyone in between. It is not really an obsession with Africa. It is obsession with self. Africa’s people or wildlife are just the tools used to satisfy this need.”

Africa must come to the defense of itself and its capacity to dictate its destiny, be it in the use of resources or generation of information. From the comprador politicians, to the proletariat who have borne the brown end of the stick of neocolonialism, there has not been a strong enough voice at creating a counter narrative. Armed with the recent climb in Africa’s access to information communication & technology, an educated mass, and a general awakening among the citizenry, we need to harness these tools to redefine and rewrite the story. The media houses have been lax in telling the African story and hyping it. A reflection of the audience who have more interest in Western stories than stories from the backyard.

Why should someone who has never watched “Game of Thrones” be considered less civilized than someone who has never watched “Superstory”? Years of soft colonialism – what came after we achieved political independence – neocolonialism, and mental manipulation have led people to actively or passively distance themselves from what is theirs and associate with what the imperialists have offered. Classic example: language. The media will have to ‘force-feed’ us to change the narrative and help in telling and selling the Africa we want. African media actively partook in the odious celebration that a Black Panther has been spotted ‘for the first time’, and later carried the reclaimed narrative of Kenyans who had seen other Black Panthers earlier than Will Burrad-Lucas.

Academia is equally guilty in this case.  For all the leopards that were spotted, scientists in Kenya did not think of contributing to knowledge by documenting them. It took scientists from a zoo to scientifically document these latest images! The educated are letting the masses down sometimes. The intellectuals must not fall into docile intellectuals patterned after Western fashions (believing the man on the ground did not see the leopard), a form of subtle bastardization. We all must intervene. Our intervention to tell a counter narrative must be polemic, aggressive and unapologetic as we pour scorn on these David Livingstone and Christopher Columbus types of narratives. The idea that something only exists when validated by the West belongs to the gutters! But equally, we must tell our stories and not sit on them!